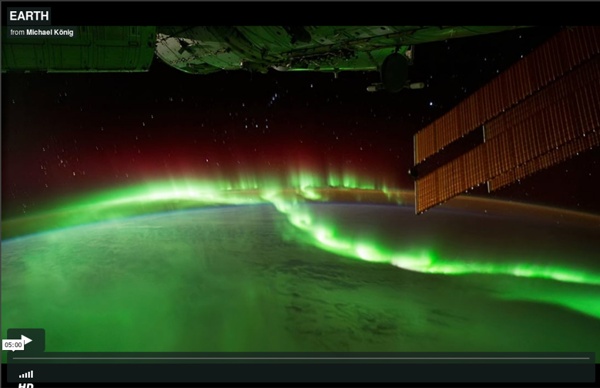 A Town in New York Creates Its Own Department Store THE residents of Saranac Lake, a picturesque town in the Adirondacks, are a hardy lot — they have to be to withstand winter temperatures that can drop to 30 below zero. But since the local Ames department store went out of business in 2002 — a victim of its corporate parent’s bankruptcy — residents have had to drive to Plattsburgh, 50 miles away, to buy basics like underwear or bed linens. And that was simply too much. So when came knocking, some here welcomed it. Others felt that the company’s plan to build a 120,000-square-foot supercenter would overwhelm their village, with its year-round population of 5,000, and put local merchants out of business. It’s a situation familiar to many communities these days.

Strange Hyperactive Galaxies Shine in Hubble Telescope Photo Astronomers have discovered a strange population of tiny, distant galaxies forming stars at a surprisingly rapid clip. The researchers used the Hubble Space Telescope to spot the 69 hyperactive dwarf galaxies, which are about 9 billion light-years away from Earth. They're churning out stars so fast that their stellar population would double in just 10 million years. By contrast, it took the Milky Way 1,000 times longer to double its number of stars, researchers said. The new results are unexpected, since they're somewhat at odds with other recent studies of ancient dwarf galaxies. "Those studies suggest that star formation was a relatively slow process, stretching out over billions of years," study co-author Harry Ferguson, of the Space Telescope Science Institute (STScI), said in a statement.

The Backpackers semi-serious guide to flying solo Travelling on your own can be challenging. Photo: Getty Images Everyone's flown solo at some stage. Some people love it, wouldn't travel any other way. Some Advanced Papier Mache Recipes Some Advanced Papier Mache - Papier Maché Pulp Recipes Warning: Due to some of the ingredients and techniques involved in this tutorial, this is not recommended for children without adult supervision. Introduction I've been making paper maché items since I was 13 years old. Beyond 2012: Why the World Didn't End Beyond 2012: Why the World Didn't End If you're reading this story, it means the world didn't end on Dec. 21, 2012. Despite reports of an ancient Maya prophecy, a mysterious planet on a collision course with Earth, or a reverse in Earth's rotation, we're still here. The Mayan connection "was a misconception from the very beginning," says Dr. John Carlson, director of the Center for Archaeoastronomy.

An Ingenious Way to Financially Bootstrap a Resilient Community Here's Marcin, a farmer scientist (not many left). In this video (click the link above if you can't see it embedded below), Marcin used Kicksarter to ask for $40,000 in support of his global village construction set project. Fortunately, he was successful and raised over $63,000.

List of astronomical observatories - Wiki This is a list of astronomical observatories ordered by name, along with initial dates of operation (where an accurate date is available) and location. The list also includes a final year of operation for many observatories that are no longer in operation. While other sciences, such as volcanology and meteorology, also use facilities called observatories for research and observations, this list is limited to observatories that are used to observe celestial objects. Pleasure Systems in the Brain An Addiction Science Network Resource From M.A. Bozarth (1994). Pleasure systems in the brain. Why passwords have never been weaker—and crackers have never been stronger In late 2010, Sean Brooks received three e-mails over a span of 30 hours warning that his accounts on LinkedIn, Battle.net, and other popular websites were at risk. He was tempted to dismiss them as hoaxes—until he noticed they included specifics that weren't typical of mass-produced phishing scams. The e-mails said that his login credentials for various Gawker websites had been exposed by hackers who rooted the sites' servers, then bragged about it online; if Brooks used the same e-mail and password for other accounts, they would be compromised too. The warnings Brooks and millions of other people received that December weren't fabrications. Within hours of anonymous hackers penetrating Gawker servers and exposing cryptographically protected passwords for 1.3 million of its users, botnets were cracking the passwords and using them to commandeer Twitter accounts and send spam. Newer hardware and modern techniques have also helped to contribute to the rise in password cracking.

Planet confirmed that could have water Kepler-22b is the first confirmed planet in the “habitable zone,” the area around a star where a planet could exist with liquid water on its surface, that has been discovered by NASA’s Kepler mission. The planet’s radius is about 2.4 times that of the Earth. It is located about 600 light years away. Its orbital period is shorter than that of the Earth: a "year" on Kepler-22b is 290 days instead of 365. There were two other planets confirmed this year by other projects in the habitable zone, but their stars are much cooler than our Sun, and their orbits are more like that of Venus or Mars, scientists say.

A high-res Earth from 512 miles (photos) The Visible Infrared Imager Radiometer Suite, or VIIRS, onboard NASA's newest Earth-observing satellite acquired its first image this week, a stunning view of Eastern North America from Canada's Hudson Bay past Florida to the northern coast of Venezuela. The low-Earth orbit satellite known as NPP carries five instruments as it travels at 16,640mph at an altitude of 512 miles. It was launched October 29 from Vandenberg Air Force base in California on a mission to observe Earth's environment and climate. NASA says the tools aboard the NPP will be used in monitoring that planet's environment, exposing long-term patterns helpful in assessing the impact of climate change as well as providing data that will be used by meteorologists for weather forecasting.

Time lapse sequences of photographs taken by Ron Garan, Satoshi Furukawa and the crew of expeditions 28 & 29 onboard the International Space Station from August to October, 2011, shot at an altitude of around 350 km. All credit goes to them. by avayaoli Jan 16