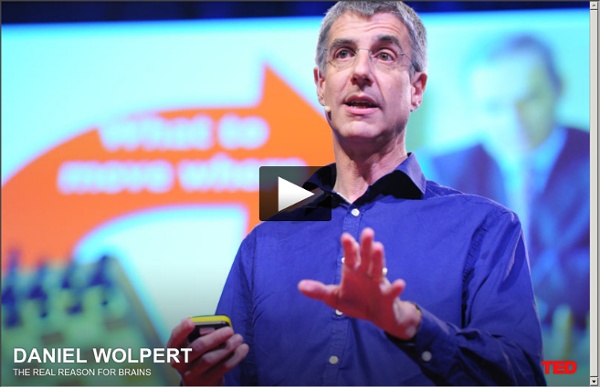 Related:  from metaphor to model...

The Hivemind Singularity - Alan Jacobs In a near-future science fiction novel, human intelligence evolves into a hivemind that makes people the violent cells of a collective being. Slime mold network formation (Science). New Model Army, a 2010 novel by the English writer Adam Roberts, concerns itself with many things: the intimacy shared by soldiers at war, the motivating powers of memory and love, the rival merits of hierarchical and anarchic social structures, the legitimacy of the polity known as Great Britain, the question of European identity. Also giants. Cultural Transmission in Chimpanzees "Tradition" by Nathaniel Gold Culture defines who we are but few can explain where it comes from or why we adopt one tradition over another. In the classic musical The Fiddler on the Roof the family patriarch, Tevye, muses on this basic fact of human existence:

Blog Archive » Measuring Innate Functional Brain Connectivity Functional magnetic resonance imaging (fMRI), a method for safely measuring brain activity, has been around for about 15 years. Within the last 10 of those years a revolutionary, if mysterious, method has been developing using the technology. This method, resting state functional connectivity (rs-fcMRI), has recently gained popularity for its putative ability to measure how brain regions interact innately (outside of any particular task context). Being able to measuring innate functional brain connectivity would allow us to know if a set of regions active during a particular task is, in fact, well connected enough generally to be considered a network. We could then predict what brain regions are likely to be active together in the future. This could, in turn, motivate us to look deeper at the nature of each brain region and how it contributes to the neuronal networks underlying our behavior.

Probiotic Élie Metchnikoff first suggested the possibility of colonizing the gut with beneficial flora in the early 20th century. Probiotics are microorganisms that some have claimed provide health benefits when consumed.[1] The term probiotic is currently used to name ingested microorganisms associated with beneficial effects to humans and animals.[2] Introduction of the concept is generally attributed to Nobel Prize recipient Eli Metchnikoff, who in 1907 suggested that "the dependence of the intestinal microbes on the food makes it possible to adopt measures to modify the flora in our bodies and to replace the harmful microbes by useful microbes".[3] A significant expansion of the potential market for probiotics has led to higher requirements for scientific substantiation of putative beneficial effects conferred by the microorganisms. Etymology[edit] Definition[edit]

How to Build a Global Brain Abstract This is a high level description of a software project currently underway. Do not confuse the casual hubris of this document with groundlessness. There is no profound new AI technology in this effort. Late Bloomers: "New" Genes May Have Played a Role in Human Brain Evolution Billions of years ago, organic chemicals in the primordial soup somehow organized themselves into the first organisms. A few years ago scientists found that something similar happens every once in awhile in the cells of all living things: bits of once-quiet stretches of DNA sometimes spontaneously assemble themselves into genes. Such "de novo" genes may go on to play significant roles in the evolution of individual organisms—even humans.

Getting in Touch with Your Gut Brain through Belly Breathing Dennis Lewis G. I. Gurdjieff maintained that we are three-brained beings: intellectual, emotional, and moving/instinctive and that we can learn how to observe these three brains in action. Thinkbase: Mapping the World's Brain If Freebase is an "open shared database of the world's knowledge," then Thinkbase (found via information aesthetics) is a mind map of the world's knowledge. The interesting and incredibly addictive Freebase visualization and search tool is the brainchild of master's degree student Christian Hirsch at the University of Auckland. Thinkbase is one of the cool proof of concept applications built on top of Freebase that we mentioned last week. As we've mentioned here on RWW, Freebase is best suited for complex inferencing queries -- the type that expose relationships between various entities to figure out an answer. Things like, "What's the name of the actor who was in both "The Lord of the Rings" and "From Hell?" (Answer: Ian Holm)

Confidence and Why It's Important to Our Evolution A recent study published in the scientific journal Nature explains how confidence plays an important role in our evolution. According to the research, confidence motivates us to take action in the face of uncertainty. The more confident we are, the more likely we are to fight for the resources we need to survive. The truth is life is filled with uncertainty. Life Enhancing: mBraining - Digest this idea... Here's some interesting food for thought... A fascinating TED talk 'How do we consume data?' by technologist JP Rangaswami, who muses on our relationship to information and offers a surprising and sharp insight: we treat it like food. Knowing in your gut It is known from ancient Chinese historical records that the great sage Li Shizhen, a famous physician from the Ming Dynasty, was a skilled medical practitioner with a great love for medical books.