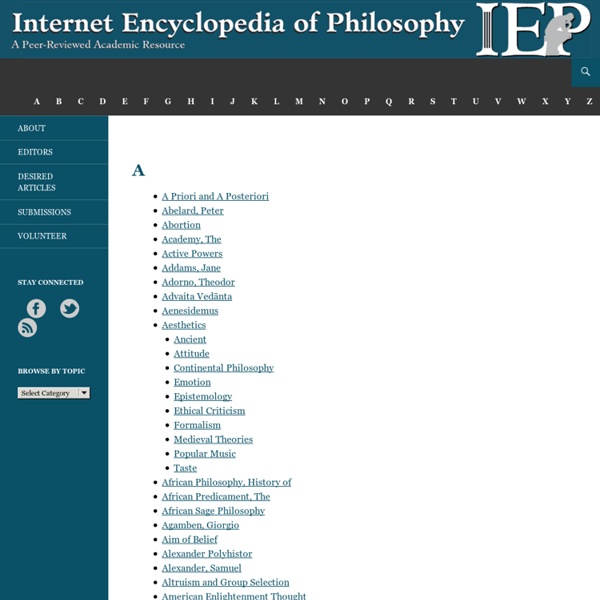 Thomas Aquinas on Law Read Saint Thomas Aquinas, On Law, Morality and Politics (Hackett), xiii-xxii and 11-83. See xx-xxi for the part, question, article structure of the Summa and the Objections, Sed Contra, Respondeo, and Responses-to-Objections structure of the articles. Thomas Aquinas (1225-1274) Philosophy and Theology in Thomas' Thought A. For Thomas philosophy is ancilla theologiae (handmaiden of theology). Aquinas was first and foremost a theologian, though he was quite capable of distinguishing philosophy proper from theology.

KOHLBERG'S STAGES OF MORAL DEVELOPMENT Lawrence Kohlberg was a moral philosopher and student of child development. He was director of Harvard's Center for Moral Education. His special area of interest is the moral development of children - how they develop a sense of right, wrong, and justice. Kohlberg observed that growing children advance through definite stages of moral development in a manner similar to their progression through Piaget's well-known stages of cognitive development. His observations and testing of children and adults, led him to theorize that human beings progress consecutively from one stage to the next in an invariant sequence, not skipping any stage or going back to any previous stage. We're Underestimating the Risk of Human Extinction Unthinkable as it may be, humanity, every last person, could someday be wiped from the face of the Earth. We have learned to worry about asteroids and supervolcanoes, but the more-likely scenario, according to Nick Bostrom, a professor of philosophy at Oxford, is that we humans will destroy ourselves. Bostrom, who directs Oxford's Future of Humanity Institute, has argued over the course of several papers that human extinction risks are poorly understood and, worse still, severely underestimated by society. Some of these existential risks are fairly well known, especially the natural ones. But others are obscure or even exotic. Most worrying to Bostrom is the subset of existential risks that arise from human technology, a subset that he expects to grow in number and potency over the next century.

Hand Shadow Illusions Mind Bluff - contents - Quick Links Optical Tricks Genius Teasers Subliminal Water Gardening Gardening with aquatics is similar to other forms of gardening in that you have to be aware of proper soil conditions, kinds of containers, proper planting techniques, fertility needs, and after planting care. What makes water gardening unique is that the plants you grow are growing in a water filled environment. Things like water depth, water temperature and what to do with plants during the winter now become a consideration. Soils for Aquatics Water lilies, lotus, and other aquatic plants do best when they are planted in heavy clay loam soils similar to what you would have in a garden setting. These types of soils are generally well-balanced nutritionally and will support good growth. Commercial potting mixes or other artificial mixes are not used because they are too lightweight and do not hold nutrients for any length of time.

Science and Nonduality In this article standup philosopher Tim Freke articulates the nature of ‘paralogical’ thinking, which is the foundation of the philosophy and practices he shares to guide people to a ‘deep awake’ state. The need for paralogical thinking arises from an important insight. Life is profoundly paradoxical.

Ancient d20 die emerges from the ashes of time Let's go back in time. Way back. Keep going. How to Care for Mini Orchids User Reviewed Two Methods:Potting and Re-pottingDaily CareCommunity Q&A Caring for mini orchids is very similar to caring for standard orchid varieties. Like their standard-sized counterparts, mini orchids thrive in warm, humid conditions with semi-dry roots. Anthropomorphism (also known as: personification) Description: The attributing of human characteristics and purposes to inanimate objects, animals, plants, or other natural phenomena, or to gods. This becomes a logical fallacy when used within the context of an argument.

The Mortality Paradox by Maria Popova “Our overblown intellectual faculties seem to be telling us both that we are eternal and that we are not.” “It is quite impossible for a thinking being to imagine nonbeing, a cessation of thought and life,” Goethe, who ceased to be 181 years ago this week, proclaimed as he concluded that “in this sense, everyone carries the proof of his own immortality within himself.”