Body Language - Hand And Thumb Gestures. Chapter 6 A human hand has 27 small bones, including eight pebble-shaped bones in the wrist, laced together by a network of ligaments, dozens of tiny muscles to move the joints. 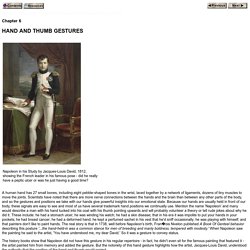 Scientists have noted that there are more nerve connections between the hands and the brain than between any other parts of the body, and so the gestures and positions we take with our hands give powerful insights into our emotional state. Because our hands are usually held in front of our body, these signals are easy to see and most of us have several trademark hand positions we continually use.

Mention the name 'Napoleon' and many would describe a man with his hand tucked into his coat with his thumb pointing upwards and will probably volunteer a theory or tell rude jokes about why he did it. The Three Faces of Victim – An Overview of the Drama Triangle. By Lynne Forrest Whether we know it, or not, most of us react to life as victims. Whenever we refuse to take responsibility for ourselves, we are unconsciously choosing to react as victim.

This inevitably creates feelings of anger, fear, guilt or inadequacy and leaves us feeling betrayed, or taken advantage of by others. Victim-hood can be defined by the three positions beautifully outlined in a diagram developed by a well respected psychiatrist, and teacher of Transactional Analysis, named Stephen Karpman. He calls it the “Drama Triangle,” I refer to it as the victim triangle. I’ve sometimes referred to the victim triangle as a “shame generator” because through it we unconsciously re-enact painful life themes that create shame. I believe that every dysfunctional interaction, in relationship with other or self, takes place on the victim triangle. The three roles on the victim triangle are Persecutor, Rescuer and Victim. Any one of several possibilities might follow. Mental Health - ANGER MANAGEMENT - What-Causes-Anger. Take someone with youSometimes it is helpful to take someone else with you when you visit your therapist or doctor. 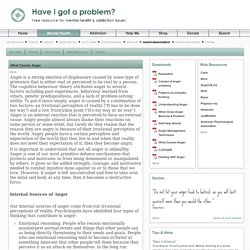 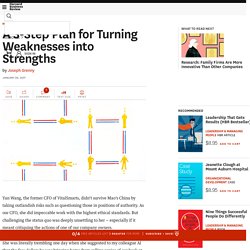 As our CFO, she did impeccable work with the highest ethical standards. But challenging the status quo was deeply unsettling to her — especially if it meant critiquing the actions of one of our company owners. She was literally trembling one day when she suggested to my colleague Al that the few dollars he was bringing home from selling copies of our book at public events was hardly worth the time it took our accounting team to process them. She fumbled around the issue until Al said, “So what are you suggesting I do, Yan?” She gulped an enormous amount of air and finally confessed, “It would be smarter to just give them away.” Fast-forward a decade. Yan’s story is not uncommon. Identify Crucial Moments Chronic weaknesses are usually not due to simple cognitive or behavioral gaps in our abilities. Design Deliberate Practice. Harvard psychologist Amy Cuddy says people judge you on 2 criteria. Future - How the eyes betray your thoughts.

It’s sometimes said that the eyes are windows into the soul, revealing deep emotions that we might otherwise want to hide. 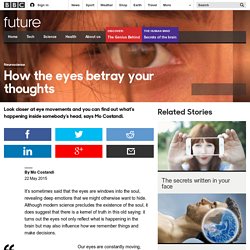 Although modern science precludes the existence of the soul, it does suggest that there is a kernel of truth in this old saying: it turns out the eyes not only reflect what is happening in the brain but may also influence how we remember things and make decisions. Future - The best (and worst) ways to spot a liar. Thomas Ormerod’s team of security officers faced a seemingly impossible task. 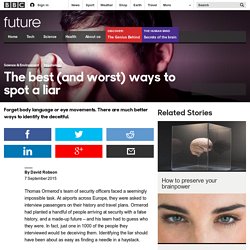 At airports across Europe, they were asked to interview passengers on their history and travel plans. Ormerod had planted a handful of people arriving at security with a false history, and a made-up future – and his team had to guess who they were. In fact, just one in 1000 of the people they interviewed would be deceiving them. Identifying the liar should have been about as easy as finding a needle in a haystack. Using previous methods of lie detection, you might as well just flip a coin So, what did they do? Ormerod’s team tried something different – and managed to identify the fake passengers in the vast majority of cases. Over the last few years, deception research has been plagued by disappointing results.

The problem is the huge variety of human behaviour – there is no universal dictionary of body language.