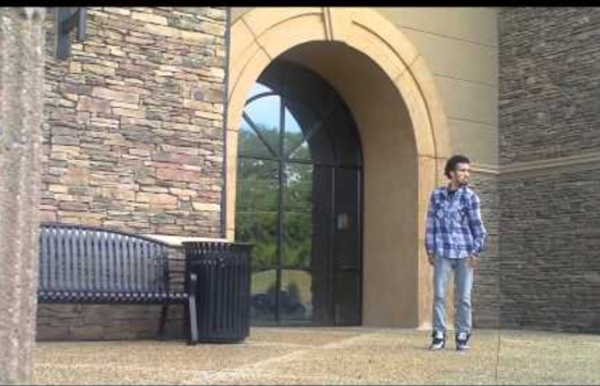 Fierce and Fabulous: The ABCs of life * A powerful graduation speech* I was tagged in a graduation speeh * thanks Barb Jeffcoat* and it starts off with a young black male named Tim Lee. Who speaks to his classmates in a very articulate manner at their graduation. His classmates are the class of 2004 of Hampton University. He's encouraging his classmates to overcome the obstacles that they will face after school. He's letting them know that life will not be easy and nothing will be handed to them. In order to overcome these challenges he gives his advice through the use of the alphabet, he calls it The ABC's of life Arthur C. Clarke - The Nine Billion Names of God “This is a slightly unusual request,” said Dr. Wagner, with what he hoped was commendable restraint. “As far as I know, it’s the first time anyone’s been asked to supply a Tibetan monastery with an Automatic Sequence Computer. I don’t wish to be inquisitive, but I should hardly have thought that your — ah — establishment had much use for such a machine. Could you explain just what you intend to do with it?”

Fiction: The Secret Number, by Igor Teper 20 November 2000 Dr. Simon Tomlin studied the man sitting across the table from him. Rocking back and forth in his chair, with his shoulders slouching, his eyes darting all around the room, and his upper lip twitching every few seconds, the man conveyed a distinctly squirrel-like impression. 10 Stars Who Married Their Fans Dreaming of marrying your celebrity crush is normal. I probably would’ve been divorced 8 times by now if I had the opportunity to marry all of my celebrity crushes. I ended up with 8 cats instead, which really worked out for the best for everyone. Most people scoff at teenagers who proclaim that they’re going to marry Justin Bieber/Harry Styles/whichever cute guy is famous right now, and I don’t think that’s fair.

Kahlil Gibran's The Prophet: Why is it so loved? Kahlil Gibran is said to be one of the world's bestselling poets, and his life has inspired a play touring the UK and the Middle East. But many critics have been lukewarm about his merits. Why, then, has his seminal work, The Prophet, struck such a chord with generations of readers? Since it was published in 1923, The Prophet has never been out of print.

10 Celeb Couples That Spawned Surprisingly Ugly Children Every baby is a blessing, but not all of them are cute. However, I can’t help but fake a smile whenever I bump into my neighbors with their not-so-cute baby. They’re both good looking people, but their combo—yikes!

Horizon - Fermat's Last Theorem Fermat's last Theorem: There is no positive integers x, y, z, and n > 2 such that At the age of ten, browsing through his public library, Andrew Wiles stumbled across the world's greatest mathematical puzzle. Fermat's Last Theorem had baffled mathematicians for over 300 years. But from that day, little Andrew dreamed of solving it. Tonight's HORIZON tells the story of his obsession, and how, thirty years later, he gave up everything to achieve his childhood dream. Deep in our classroom memories lies the enduring notion that "the square of the hypotenuse is equal to the sum of the squares of the other two sides": Pythagoras's Theorem for right-angled triangles. Surprise! 10 Star Athletes Rumored to Swing Both Ways He shoots! He scores! From football and basketball to baseball and soccer, the world of sports is often considered one of the most testosterone-driven industries in the world!

IN EVENT OF MOON DISASTER On July 18 of 1969, as the world waited anxiously for Apollo 11 to land safely on the surface of the Moon, speechwriter William Safire imagined the worst case scenario as he expertly wrote the following sombre memo to President Nixon's Chief of Staff, H. R. Haldeman.