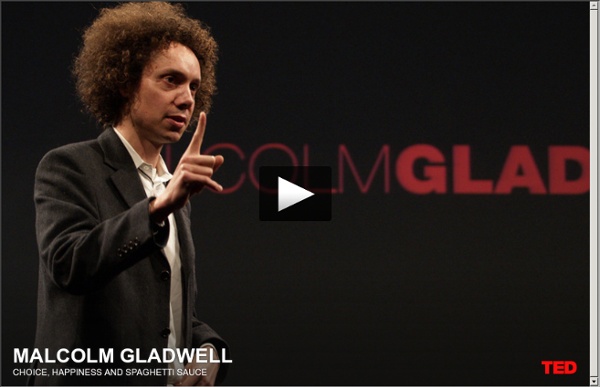 The 10 Best TED Talks of 2011 Watching videos online is usually considered fun, but generally a waste of time. Not so with TED videos, which are uniformly interesting, educational, inspiring, and enjoyable. If you haven't spent much time (or any) checking out TED videos, you should – and to help with that, I've compiled what seem to be the very best 10 TED videos of 2011. Myers-Briggs Type Indicator Model of personality types A chart with descriptions of each Myers–Briggs personality type and the four dichotomies central to the theory The Myers–Briggs Type Indicator (MBTI) is an introspective self-report questionnaire indicating differing psychological preferences in how people perceive the world and make decisions.[1][2][3] The original versions of the MBTI were constructed by two Americans, Katharine Cook Briggs and her daughter Isabel Briggs Myers.[4] The MBTI is based on the conceptual theory proposed by Swiss psychiatrist Carl Jung,[5] who had speculated that people experience the world using four principal psychological functions – sensation, intuition, feeling, and thinking – and that one of these four functions is dominant for a person most of the time.[6] The four categories are Introversion/Extraversion, Sensing/Intuition, Thinking/Feeling, Judging/Perception. Each person is said to have one preferred quality from each category, producing 16 unique types. History[edit]

Plan B: 'Find out what kids are good at. It will change their lives' I'm working really hard at the minute trying to finish my directorial debut, Ill Manors, which is a hip-hop-based film. When people ask me what the film is about, I say it's about all the things we read in the newspaper; the despicable things that I don't think many of us agree with when we read them. The papers tell us that they happen but they never tell us why they happen. So Ill Manors is trying to get to the bottom of why we have these problems in society with our youth, why we constantly keep on reading negative things about our youth. The reason I've done this is because I got kicked out of school in year 10 and no other schools would take me. I had to go to a pupil referral unit called the Tunmarsh Centre in Plaistow.

The Hard Science of Teamwork - Alex "Sandy" Pentland by Alex "Sandy" Pentland | 10:15 AM March 20, 2012 Like many people, I’ve encountered teams that are “clicking.” I’ve experienced the “buzz” of a group that’s blazing away with new ideas in a way that makes it seem they can read each others’ minds. Barcelona's secret to soccer success Total entertainment right in your pocket Now you can watch live streams of your favourite programmes from BPL matches to the best of Asian programming anytime, anywhere on your mobile device. Watch over 37 LIVE channels, 12 Sports, 11 Asian, 4 Entertainment, 4 Kids, 1 Education, 3 Lifestyle, 2 News channels – free with your Singtel TV subscription1. And we’ve got something extra for our BPL footie-heads. The new and improved Singtel TV GO app features an all-new Football Portal, bringing our football fans much closer to exciting BPL action and news. You can track individual player’s action on a Heat Map, their personal statistics, team squad line-ups and catch up on the latest football news.

9 Essential Skills Kids Should Learn, by Leo Babauta Kids in today’s school system are not being prepared well for tomorrow’s world. As someone who went from the corporate world and then the government world to the ever-changing online world, I know how the world of yesterday is rapidly becoming irrelevant. I was trained in the newspaper industry, where we all believed we would be relevant forever — and I now believe will go the way of the horse and buggy. Unfortunately, I was educated in a school system that believed the world in which it existed would remain essentially the same, with minor changes in fashion.

Quite an effective storyteller. by docein Apr 3