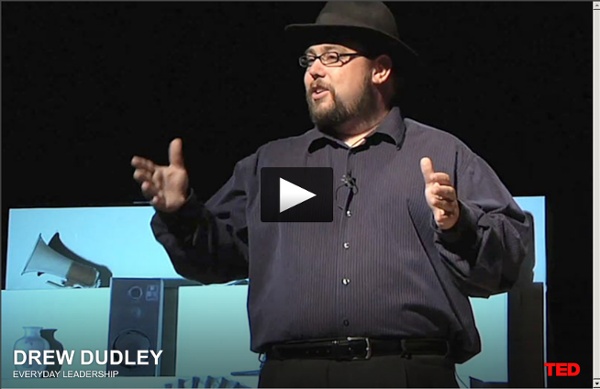 Tuning People, Processes, and Projects to Power Results » Blog Archive » Managing in Mayberry: An examination of three distinct leadership styles ©2001, 2010 Don Gray and Dan Starr Near the Blue Ridge Mountains in North Carolina, not far from where you think it should be, there really is a town called Mayberry. Although the main highway bypassed the town years ago, the namesake for the popular 1960s television series is still a bustling community, and a fair amount of traffic enters Mayberry’s downtown from the north on the US Highway 52 business spur every morning. In town for a week of consulting work, we were able to observe the recent road construction along that route and watched a trio of local citizens demonstrate their own unique management styles. When road work just north of town closed Business 52, all the traffic entering town from the north had to take the 52 bypass around to the west side of town and enter the downtown on Key Street. Figure 1 Three Approaches to Managing Being a take-charge guy, the officer on duty (we’ll call him Barney) arrived at the scene Monday and quickly sized up the situation. Micromanagement

Building Classroom Community Amongst the Machines There’s no denying that most of us are engrossed daily with technology. The attachment is evident in just about every public place. Mobile devices, for many of us, have become our closest friend. In April, the Telegraph reported on toddlers becoming so addicted to their iPads that they required therapy. While this is an extreme case, it's not too far from reality. In my observations both inside and outside the classroom, I've noticed the relationship with the device to be the most prevalent. And while technology will continue to integrate into societies and classrooms around the globe, how do we, as educators, build a classroom community comprised of meaningful relationships that can coexist with a device? "Friend" as Noun Instead of Verb The answer lies in how the teacher decides to embrace new technologies without allowing them to fill in for or take the place of personal relationships. Community and Communication Offline community building can be introduced in a variety of ways. 1.

5 Habits of Highly Effective Communicators 1.9K Flares Filament.io 1.9K Flares × Have you ever walked away from talking with someone that you’ve just met and thought to yourself “Wow, this was one of the best conversations I’ve ever had!”? I’ve recently had one of those and at first I quite selfishly concluded “Wow, I’m a great communicator”. But then I realized, hang on a second, I think this other person was the reason I felt so good about this talk, how did he do that? I started to think about a few of the things this person did, that made me feel so comfortable and open to speak with him. So what I’ve come up with are 5 of the most effective habits famous communicators have used for hundreds of years. Let’s dig in: 1. The word conversation generally brings to mind talking—at least for me. You might have heard of active listening before. Stephen Covey’s book The 7 Habits of Highly Effective People is also a great one to read for tips on improving your listening skills (and, in fact, how you build relationships in general). 2.

Vol 3 No 2. Professional Growth Reconceptualized: Early Childhood Staff Searching for Meaning Share Home Journal Contents Issue Contents Volume 3 Number 2 ©The Author(s) 2001 Professional Growth Reconceptualized: Early Childhood Staff Searching for Meaning Alma Fleet & Catherine Patterson Macquarie University This paper challenges traditional perspectives of professional development through a reconceptualization of early childhood professional growth. How does educational change occur for staff in the early childhood field when the curriculum content is not centrally mandated and the people involved have varying employer and work contexts? The current Australian sociopolitical context has tended to create an early childhood field in which staff feel underpaid and demoralized. Spodek (1996) notes that the term "professional development" is ambiguous (p. 115). Rather than using individual concerns as the frame of reference, NAEYC (1994) focused on qualifications as a key discriminator. Rodd (1997) took on this challenge and argued: Ayers (1992) continues: Methodology Findings

Finding Flow We all are capable of reaching that stateof effortless concentration and enjoyment called "flow." Here, the man who literally wrote the book on flow presents his most lucid account yet of how to experience this blissful state. IMAGINE THAT YOU ARE SKIING DOWN A SLOPE and your full attention is focused on the movements of your body and your full attention is focused on the movements of your body, the position of the skis, the air whistling past your face, and the snow-shrouded trees running by. There is no room in your awareness for conflicts or contradictions; you know that a distracting thought or emotion might get you buried face down in the snow. The run is so perfect that you want it to last forever. If skiing does not mean much to you, this complete immersion in an experience could occur while you are singing in a choir, dancing, playing bridge, or reading a good book. These exceptional moments are what I have called "flow" experiences. How often do people experience flow?

3 Core Characteristics; Leadership as a Function Shared by: Alex Adamopoulos Date posted: June 6, 2012 Leadership principles tend to be quite ubiquitous since they can apply to so many types of people and situations. In this article I want to draw on the experiences and work I’m involved in to make the article a bit more specific and real. This often means that there is a leadership discussion at hand simply because the topic of change, whether related to process, methodology, project delivery, outsourcing, portfolio management, etc., directly affects cultural impact and the mind-shift that needs to happen at the leadership level mostly. For example, in large enterprises it is especially hard to walk in with an “agile” message and expect everyone to fall into rank. One other consideration. If leadership is about doing the right things then we must be able to define what the “right things” are in our organizations and teams. I want to provide brief definitions of each word but before that let’s also define what we mean by function. Trust

Is technology and the internet reducing pupils' attention spans? | Teacher Network | Guardian Professional A growing number of books, including The Shallows, argue that the internet and digital gadgets are making it harder for us to concentrate. The Pew Research Centre in America recently surveyed almost 2,500 teachers and found that 77% thought that the internet had a "mostly positive" impact on students' research work, while 87% felt modern technologies were creating an "easily distracted generation with short attention spans". But could this simply be the latest variation of 'the Elvis Hypothesis' – because something is new, popular with young people, and challenges existing hierarchies and traditions, it must be bad? Although some UK teachers might be inclined to agree with their American counterparts when faced with a class of restless smartphone-enabled year 10s, there appears to be no conclusive evidence that pupil attention spans are declining. Sue Honoré, an independent learning consultant who co-authored the 2009 report 'Generation Y: Inside Out' with Dr.