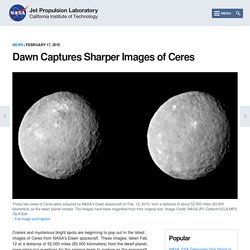 These images, taken Feb. 12 at a distance of 52,000 miles (83,000 kilometers) from the dwarf planet, pose intriguing questions for the science team to explore as the spacecraft nears its destination. The image is available at: "As we slowly approach the stage, our eyes transfixed on Ceres and her planetary dance, we find she has beguiled us but left us none the wiser," said Chris Russell, principal investigator of the Dawn mission, based at UCLA. "We expected to be surprised; we did not expect to be this puzzled. " Dawn will be gently captured into orbit around Ceres on March 6. The spacecraft explored the giant asteroid Vesta for 14 months during 2011 and 2012. Dawn's mission to Vesta and Ceres is managed by the Jet Propulsion Laboratory for NASA's Science Mission Directorate in Washington. 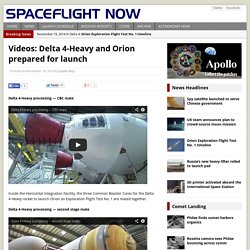 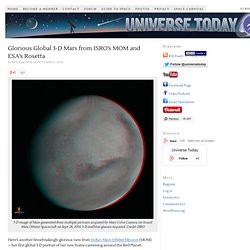 Credit: ISRO Here’s another breathtakingly glorious view from India’s Mars Orbiter Mission (MOM) – her first global 3-D portrait of her new home careening around the Red Planet. MOM is India’s first deep space voyager to explore beyond the confines of her home planet’s influence and just successfully arrived at the Red Planet after the “history creating” orbital insertion maneuver on Sept. 23/24 following a ten month journey.

This newly released 3-D view from MOM expands upon the initial 2-D global color view of Mars released by the Indian Space Research Organization (ISRO), India’s space agency. See below and detailed in my earlier story – here. ISRO’s Mars Orbiter Mission captures spectacular portrait of the Red Planet and swirling dust storms with the on-board Mars Color Camera from an altitude of 74,500 km on Sept. 28, 2014. 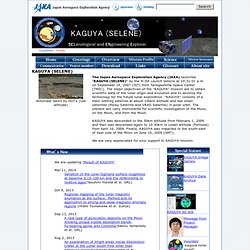 Aug 2, 2013 An explanation of bright areas inside Shackleton Crater at the Lunar South Pole other than water-ice deposits(Junichi Haruyama et al. Jul 23, 2013 Estimation of the permittivity and porosity of the lunar uppermost basalt layer based on observations of impact craters by SELENE(Ken Ishiyama et al. Jul 16, 2013 One Moon, Many Measurements 1: Radiance Values(C.M.