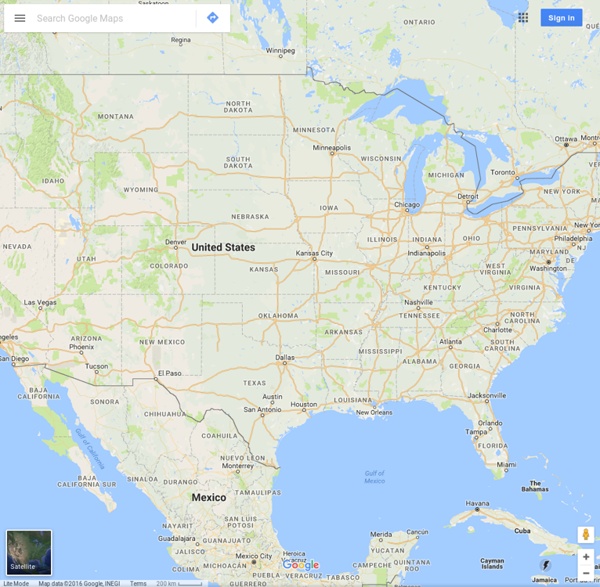 Picjumbo: A New Collection of High-quality, Commercial-use Photos for Totally Free Photos are what web designers need in massive amounts. Yet, shooting each and every needed photo by yourself would soon become a full-time occupation in itself. Compromises are to be made. Thus, it’s no wonder that we see loads of stock libraries around. Who wants to use the same images, competitor X already uses? The quadcopter : how to compute the pitch, roll and yaw » The bored engineers After having introduced here the basics of an aircraft orientation and how to control it, this article is about actually computing the orientation of the quadcopter in space with sensors and with the Arduino. Which sensors to use? 3 axis accelerometer + compass for yaw To get easily the orientation of a non-moving object (pitch and roll), a 3-axis accelerometer (how does it work?)

A Zentangle Spiral Guide If you have been following my blog for a while you will know that spiral strings are my favourite. With a request from Karen Lynn I have put together a guide of tips and ideas. I have found that by dividing the spiral into sections any tangle will fit. Remember to always draw your string with a pencil and keep turning your tile. I hope you have fun with my spiralations. Matrix Indexing - MATLAB & Simulink - MathWorks Schweiz Accessing Single Elements To reference a particular element in a matrix, specify its row and column number using the following syntax, where A is the matrix variable. Always specify the row first and column second: Mac and More: Tableau Public 8.2 Launches Today we're pleased to announce that the newest version of Tableau Public, version 8.2, is available on Windows and Mac! Tableau Public is the free version of our revolutionary software that we make available to anyone wanting to tell engaging stories with public data on the web. A free 14-day trial of Tableau Desktop 8.2 is also available. Tableau Public on the Mac Tableau Public 8.2 looks and functions great on the Mac, supporting high-resolution Retina displays and incorporating Mac-specific controls.

Prezi Presentation software Prezi is a Hungarian presentation software company founded in 2009, with offices in Budapest, Berlin, San Francisco, and Riga.[1] As of April 2018, Prezi had more than 100 million users who had created more than 325 million public presentations that have been viewed over 3.5 billion times.[2] BoardMega2560 Overview The Arduino Mega 2560 is a microcontroller board based on the ATmega2560 (datasheet). It has 54 digital input/output pins (of which 15 can be used as PWM outputs), 16 analog inputs, 4 UARTs (hardware serial ports), a 16 MHz crystal oscillator, a USB connection, a power jack, an ICSP header, and a reset button. It contains everything needed to support the microcontroller; simply connect it to a computer with a USB cable or power it with a AC-to-DC adapter or battery to get started. The Mega is compatible with most shields designed for the Arduino Duemilanove or Diecimila. The Mega 2560 is an update to the Arduino Mega, which it replaces.

For my fellow tangle junkies: some thoughts on collecting and organizing tangle patterns I'm a perfectionist. I didn't always know this about myself, or maybe I wasn't always one and I'm just settling into my own shoes a little as I get older. But "ehh.... good enough" is probably not something you'll hear me say. Because if I'm working on something I care about, and I know it's not the best I am capable of, I have to force myself to not redo every little thing and make it as good as I know it could be (and yes, I do realize that this occasionally makes me a little bit annoying). Democracy push as Hong Kong marks handover - Asia-Pacific Tens of thousands of protesters have marched in Hong Kong to denounce the city's leaders and demand universal suffrage as the region marked 16 years since its handover to China. Organisers of the protest said on Monday about 430,000 people turned up, while police gave an estimate of 66,000, according to Reuters news agency. The rally has taken place amid concerns in the southern Chinese city that Beijing, which regained control from Britain in 1997, is increasingly meddling in its affairs. A widening income gap and soaring property prices are also among grievances, as protesters focus their anger on Leung Chun-ying, Hong Kong's unpopular chief executive.

I think Google Maps is cool. I have used this for a major project this year at school, and it was easy enough to use that I got a good grade on the projects. It saved me a lot of time by doing this since I did not have to take hours to learn how to use it. You can search for a location and plot a point on there for reference. If you find another location, you can find how to get to that location to the one you preciously plotted. This can be really useful in vacation planning. My favorite part about this was also my least favorite part. The best part was the ability to see a specific place in a first person view. Even though this is a cool aspect of Google Maps, it is very hard to control at times. This is the worst aspect of it. If you can learn how to control it, it will end up being a very cool and interesting feature. This is very easy to use, and I think that anyone could use this for vacation planning or a project. by tb045826 Jun 3