"A photograph is a secret about a secret. The more it tells you, the less you know." --Diane Arbus

Opish, playfair, turkey irish. Undefined I have used many secret codes and ciphers in my journeys; here are a few of them. 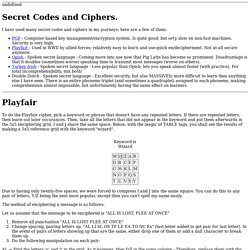 PGP - Computer-based key management/encryption system. Is quite good; but very slow on non-fast machines. Security is very high. Playfair - Used in WWII by allied forces; relatively easy to learn and use-quick en/decipherment. To do the Playfair cipher, pick a keyword or phrase that doesn't have any repeated letters. Due to having only twenty-five spaces, we were forced to compress I and J into the same square. 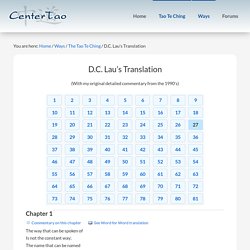 The nameless was the beginning of heaven and earth; The named was the mother of the myriad creatures. Hence always rid yourself of desires in order to observe its secrets; But always allow yourself to have desires in order to observe its manifestations. Nimrod. ONE time, in Shinar, when the setting sun,With all his thousand javelins, drove the dayBefore him and the myriad tribes of lightDeparted sullenly with bleeding feet,Great Nimrod, the strong huntsman of the Lord,Returning hot with bloodshed from the chase,Beheld great Babel, wrathful, beautiful,Burn like a blood-red cloud upon the plain.Then Nimrod, when he saw it, laughed aloud,And turning to his warriors cried, 'BeholdHow those steep battlements defy the cloudWith starry dome and precipice of brass.Their sword-like minarets have stabbed the sun.What fiery ledge, what blazing battlement,What savage bastion flushed with angry goldBulwarks the dreadful bright acropolis!

Finished reading this, May 2020. original copies are not that expensive, on addall. – graywyvern 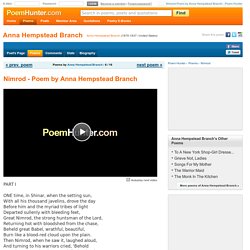 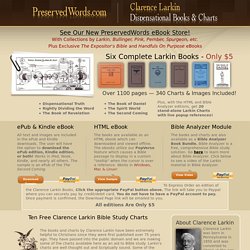 They have passed into the public domain and we are making some of the charts available here as an aid to Bible study. Larkin's charts are well thought out and Scriptually sound. Some of the more detailed are books in themselves. They reveal Larkin's vast knowledge of the Scriptures and phenomenal grasp of prophecy. Practically all of the "prophecy teachers" today got their basic knowledge of prophecy directly or indirectly from Clarence Larkin and C. PreservedWords.com was the first website to post any of Clarence Larkin's charts or books on the Internet. Full text of "Of anagrams : a monograph treating of their history from the earliest ages to the present time, with an introduction, containing numerous specimens of macaronic poetry, punning mottoes, rhopalic, shaped, equivocal, Lyon, and echo verses, all. "The Man Who Was Thursday" dramatized. Martian sundial. The Mars Exploration Rovers will carry the first-ever interplanetary sundial.

Note that phobos has an apparent orbital period of eleven hours, while deimos is 2.7 (martian?) days – graywyvern

This martian sundial will also be used to calibrate Pancam, the panoramic camera on the rovers. 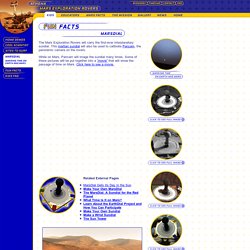 Related External Pages MarsDial Gets Its Day In the Sun Sundials have long been used on Earth as timekeepers. They are also works of art. While on Mars, Pancam will image the sundial many times. Hüzün. "A Lame Rendition" Does the reveal impact?

I have sometimes considered using "gloomth" (or maybe "CiHiygloomth") as the English translation for this. – graywyvern

As my gossamer lies carve a pumpkin into Spidermanthis is no throughputwith vampire lanterns the smell of Offin the gloom of my parents' garage "We might call this confused, hazy state 'melancholy,' or perhaps we should call it by its Turkish name, hüzün, which denotes a melancholy that is communal rather than private. 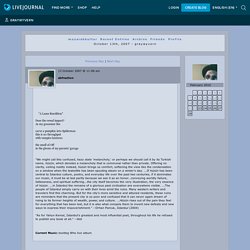 "As for Yahyn Kemal, İstanbul's greatest and most influential poet, throughout his life he refused to publish any book at all. " Automynorcagrams.

Lately i have been experimenting with second-letter acronyms (we don't even have a word for this) using the letter-set AZBYCXDWEVFUGTHSIRJQKPLOMN; for example: mAsk oZone eBbing/ mY aCcusers eXamined... – graywyvern

This is a good example of why my science fiction has not become famous. – graywyvern 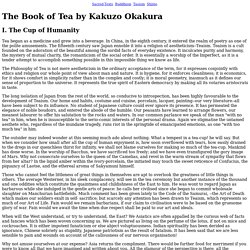 The Cup of Humanity Tea began as a medicine and grew into a beverage. Blixen. Unfortunate it seems but true that we, though subject to mass delusions & cravings as ever, are now no longer the same political animal, as once could be content with parti-pris. 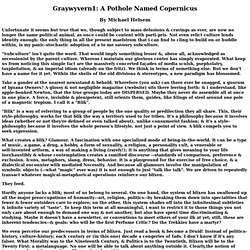 Not even relict culture lends identity enough: the only thing in all the present maelstrom that i can find to cling to build on or huddle within, is my panic-stochastic adoption of a to me savoury subculture. "Subculture" isn't quite the word. That would imply something lesser &, above all, acknowledged as secessionist by the parent culture. Whereas i maintain our glorious center has simply evaporated.