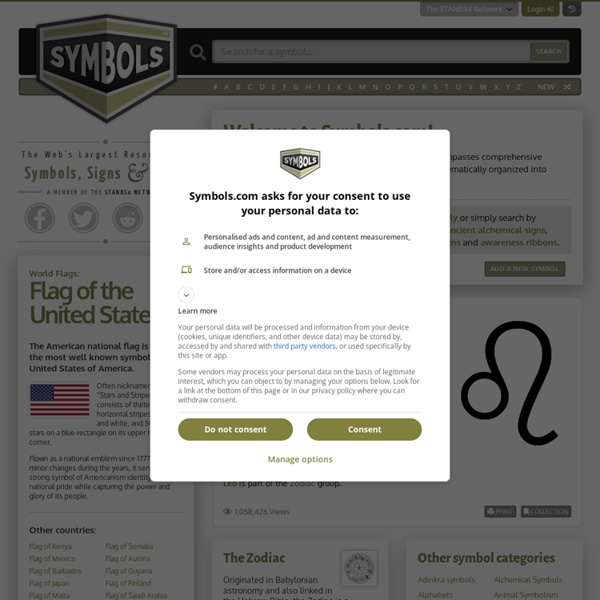 A Member Of The STANDS4 Network The national flag of Uruguay (Pabellón Nacional) has a field of nine equal horizontal stripes alternating white and blue. The canton is white, charged with the Sun of May, from which 16 rays extend, alternating between triangular and wavy. The flag was first adopted by law on December 16, 1828 and had 17 stripes until July 11, 1830, when a new law reduced the number of stripes to nine. The flag was designed by Joaquín Suárez. The flag's horizontal stripes on the flag represents departments of Uruguay, the first flag that appeared in 1828 had 9 light blue stripes, its number was reduced to 4 in 1830 before the proclamation of the country's first Constitution.

Greek Gods Family Tree Doing homework? Your teacher has already seen this. See Theoi; it has properly-sourced information. Known errors: Generally inconsistent sourcing. How to Guess Someone's Astrological Sign: 9 Steps Favorite This Article Edit Article Edited by David J, Brett, Vivek Kumar Rohra, Jack Herrick and 76 others Has anyone ever guessed your astrological sign? It's an amazing feat to perform and it requires research and practice.

Labyrinth In Greek mythology, the Labyrinth (Greek λαβύρινθος labyrinthos,[1]) was an elaborate structure designed and built by the legendary artificer Daedalus for King Minos of Crete at Knossos. Its function was to hold the Minotaur eventually killed by the hero Theseus. Daedalus had so cunningly made the Labyrinth that he could barely escape it after he built it.[2] In colloquial English, labyrinth is generally synonymous with maze, but many contemporary scholars observe a distinction between the two: maze refers to a complex branching (multicursal) puzzle with choices of path and direction; while a single-path (unicursal) labyrinth has only a single path to the center. A labyrinth in this sense has an unambiguous route to the center and back and is not difficult to navigate.[3] Labyrinths appeared as designs on pottery or basketry, as body art, and in etchings on walls of caves or churches.

Archetypes & Symbols Archetypes are visual symbols or energetic imprints that exist in our psyches. Some are readily understood while others bring subliminal messages that are there to help you trigger your memory of why you are here and the truth behind the illusion of reality. Archetypes can often convey messages that verbal and written information cannot. Archetypes are found everywhere, as their symbols are a language of the mind, taken to different frequencies of thought and connected to each other by the collective unconsciousness. There are individual and universal archetypes. You become aware of them in meditation, dreamtime, remote viewing or other out-of-body experiences, when you doodle on a pad, crop circles or landscape art, other art forms, jewelry, hieroglyphs, a logo, on a billboard, anywhere at all.

Mention - a possible replacement for Google Alerts There's much concern running around at the moment relating to the inability of Google Alerts to 'do their thing' properly, and people are worrying that they might be on the kill list. It's a reasonable fear, and something that Google is going to have to get used to - with the speed they kill things, plus the fact that it doesn't matter how many people like or rely on something, we've got to get used to alternatives. Ideally, move to them as well I think. Anyway, if you're looking for an alternative to Google Alerts, you could do worse than try Mention. It's a really good tool that comes in a variety of flavours - you can download it and use as a standalone outside of the browser (which quite frankly just feels weird to me), you can run it from within your browser, or you can use it on a smartphone.

Analemma In astronomy , an ( / ˌ æ n ə ˈ l ɛ m ə / ; from Greek ἀνάλημμα "pedestal of a sundial ") is a curve representing the changing angular offset of a celestial body (usually the Sun ) from its on the celestial sphere as viewed from another celestial body (usually the Earth). The term is used when the observed body appears, as seen from the viewing body, to move in a way that is repeated at regular intervals, such as once a year or once a day. The analemma is then a closed curve, which does not change. Because of the Earth's annual revolution around the Sun in an orbit that is elliptical and tilted relative to the plane of the equator, an observer at a fixed point on the Earth sees the Sun appear to move in an analemma around a mean position, taking a year to do so. The mean position appears to revolve around the Earth once every mean solar day , because of the Earth's rotation.

Eastern Christianity Eastern Christianity comprises the Christian traditions and churches that developed in the Balkans, Eastern Europe, Asia Minor, the Middle East, Africa, India, and parts of the Far East over several centuries of religious antiquity. The term is generally used in Western Christianity to describe all Christian traditions that did not develop in Western Europe. As such, the term does not describe any single communion or common religious tradition, and in fact some "Eastern" Churches have more in common historically and theologically with "Western" Christianity than with one another. The various "Eastern" Churches do not normally refer to themselves as "Eastern," with the exception of the Church of the East. Families of churches[edit] Countries by number of Orthodox Christians in 2010

Symbolic Meanings Blog by Avia Venefica » Blog Archive » By Any Other Name, It’s Still Symbolic. Meaning of the Rose Symbolic Rose Meanings The symbolic meaning of the rose is known by almost everyone on some level – otherwise it wouldn’t be the most popularly sent flower on Valentine’s Day (I know, I’m 2 weeks too late here). The rose is associated with Aphrodite (Greek) goddess of love who was often depicted adorned with roses around her head, feet and or neck. In myth we track down this association when we discover that a rose bush grew within the pool of blood spilled from Aphrodite’s slain lover (Adonis). We can interpret the symbolism here several ways.

ComicBook! ComicBook! photo effects and captioning app is your FULL featured comic book creation tool! Turn yourself and your friends into comic heroes or villains. Star in your own comic book adventures! Simple Symbol Meaning Simple Symbol Meanings This page on simple symbol meaning is an attempt to lay a foundation for very basic visual symbols, like circles, triangles, squares, etc. For example, if we look at the triskelion, we can visually whittle down this motif to a triangle shape. Therefore, by contemplating the triangle, we gather more insight into the message of the triskelion (as well as other symbolism drawing on the power of three). Very basic shapes , those symbols humankind first scrawled on cave walls, or wrote in the sky with imaginary air pens, are the first rung on the ascending ladder of creative expression. It's my contention that by familiarizing ourselves with the very basic symbols, we get our prime symbolic language skills, and crack open our understanding into profound insight into much more intricate symbolism.

The Gnostic World View: A Brief Summary of Gnosticism Gnosis Archive | Library | Bookstore | Index | Web Lectures | Ecclesia Gnostica | Gnostic Society GNOSTICISM IS THE TEACHING based on Gnosis, the knowledge of transcendence arrived at by way of interior, intuitive means. Although Gnosticism thus rests on personal religious experience, it is a mistake to assume all such experience results in Gnostic recognitions.

"Symbols.com is a unique online encyclopedia that contains everything about symbols, signs, flags and glyphs arranged by categories such as culture, country, religion, and more." by macopa May 14