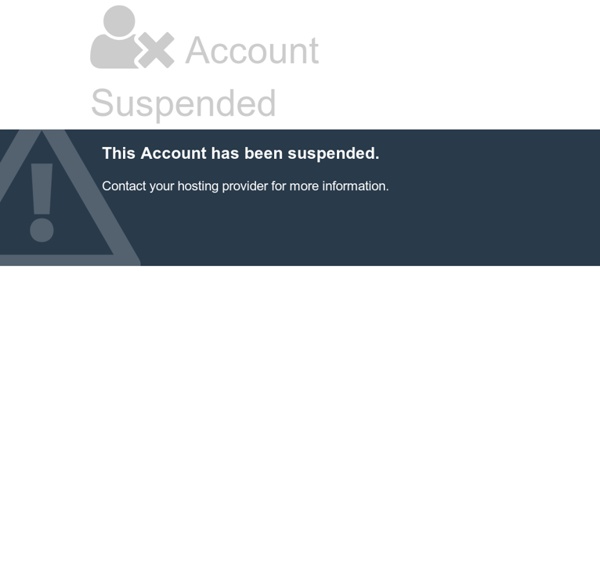 47 (More) Brilliant Advertisements Last week we gave you 35 Brilliant Advertisements and the story blew up on the web. Hundreds of Repins on Pinterest, 78K shares on StumbleUpon, great action on Facebook & Twitter. All in all it was an awesome story so we decided to pull together 47 more brilliant advertisements for you to enjoy. From The Web Eco-city Inside a One Kilometer Crater in Siberia Eco-city 2020 is a proposal for the rehabilitation of the Mirniy industrial zone in Eastern Siberia, Russia designed by the innovative architectural studio AB Elis Ltd. The project would be located inside a giant man-made crater of more than one kilometer in diameter and 550 meters deep that used to be one of the world’s largest quarries. The idea is to create a new garden city that will be shielded from the harsh Siberian environmental conditions characterized by long and severe winters and short hot summers. The new city would attract tourists and residents to Eastern Siberia and would be able to accommodate more than 100,000 people. The new city is planned to be divided in 3 main levels with a vertical farm, forests, residences, and recreational areas. On of the most interesting aspects of the proposal is the glass dome that will protect the city and would be covered by photovoltaic cells that will harvest enough solar energy for the new development.

Amazing Nimbus: 25 Breathtaking Photographs of Beautiful Cloud Formation When you look at clouds, you find the most interesting of shapes. The layers of white and gray overlap each other beautifully and result in amazing cloud formations. Today we shall share with you all some such formations through their perfect photographs. Check them out below. Note: These are hi-res images, just click on images to see full size view Photograph by Rolland Hartstrom Amazing Places To Experience Around the Globe (Part 3) Devetashkata Cave - Bulgaria Ben Bulben at County Sligo, Ireland Shark Island - Sydney Batman's Rogues Gallery by Jegang Check out the wonderful graphic illustrations created by deviantART user Jegang which showcase the mightiest of Gotham City’s rogues gallery through both simple imagery and signature messages. Click to see larger image. via [deviantART]

Exploring Abandoned NYC Exploring Abandoned NYC Steve Duncan is a modern day archaeologist, an “urban historian” who employs a rare practice to catalog the history of New York City. Duncan and his videographer partner Andrew Wonder explore the abandoned past of New York below the city streets– from the subway tunnels of yesteryear to the peaks of the city’s bridges. Dancers out and about [25 pictures] Photographer Jordan Matter created his series “Dancers Among Us” as a reminder to “relish moments large and small, recognize the beauty around you, and be alive!” Here are a bunch of the pics, but there are even more at his website and in his book.

Rare Rainbows in the Dark [24 PICS] Upper Yosemite Falls Moonbow. Rainbows in the dark have been delighting the few who are fortunate enough to witness the phenomenon since Aristotle’s time. Photo #1 by Teddy Llovet 25 Most Beautiful Animals Photography on StumbleUpon I think the most beautiful pictures are those made in nature. Nothing compares with the expression of a tiger, the majestic flight of an eagle or the strength of a white bear. Below you can see 25 the most beautiful animal photographs that will capture your attention, and were stumbled on StumbleUpon.