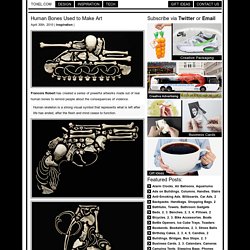 Human skeleton is a strong visual symbol that represents what is left after life has ended, after the flesh and mind cease to function. Also check out: Fruit and Vegetable Skulls. Americanism : Todd Roeth Photography. Dorothy Arts Collective creates shocking green army men. We've all seen those molded green plastic soldiers; they're a staple of every kid's childhood and, thanks to the Toy Story series, heroes of the big screen. 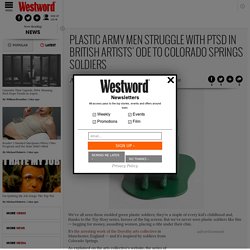 But we've never seen plastic soldiers like this -- begging for money, assaulting women, placing a rifle under their chin. It's the arresting work of the Dorothy arts collective in Manchester, England -- and it's inspired by soldiers from Colorado Springs. Shock Factor: Controversial art throughout history. Art indubitably has the power to shock. 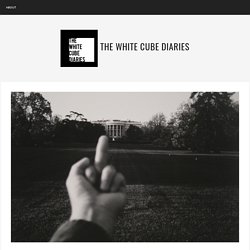 Throughout history audiences have been scandalized, disturbed, offended, and downright outraged by art that was socially, politically, and religiously challenging. In this post I will explore some of the most infamous examples of controversial art throughout history; from Manet to Ai WeiWei the artist will undoubtedly remain a powerful provocateur of society. Ai Weiwei, Study in Perspective series from 1995 to 2003 and captured his defiant middle finger in front of seats of political or cultural power in Paris, Washington DC, Berlin, Beijing and Hong Kong Olympia: When first exhibited at the Paris Salon in 1865 this painting caused shock and astonishment. Criticism ensued because of the figure’s confrontational gaze and blatant associations with prostitution as well as for its flat, painterly paint application which deviated from the academic cannon of painting. 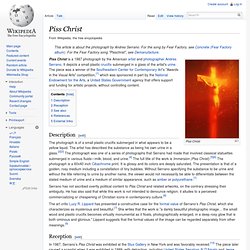 It depicts a small plastic crucifix submerged in a glass of the artist's urine. The piece was a winner of the Southeastern Center for Contemporary Art's "Awards in the Visual Arts" competition,[1] which was sponsored in part by the National Endowment for the Arts, a United States Government agency that offers support and funding for artistic projects, without controlling content. Description[edit] The photograph is of a small plastic crucifix submerged in what appears to be a yellow liquid. Serrano has not ascribed overtly political content to Piss Christ and related artworks, on the contrary stressing their ambiguity. Reception[edit] Piss Christ was included in "Down by Law", a "show within a show" on identity politics and disobedience that formed part of the 2006 Whitney Biennial. See also[edit] References[edit] External links[edit] Annotated transcription of U.S. Walker Werbeagentur Zurich's campaign for Amnesty International.

Click image to Zoom With the use of powerful photography and well-placed billboards, this smart campaign aims to show people what is going on in the world, even if it's not happening in front of them on their street or at their train stop. 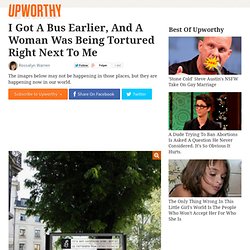 What zoo captivity looks like around the world. Zoos are one of the more ethically dodgy areas for conservationists and animal lovers. 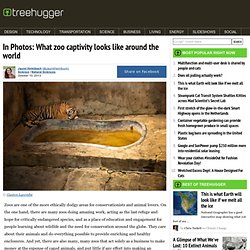 On the one hand, there are many zoos doing amazing work, acting as the last refuge and hope for critically endangered species, and as a place of education and engagement for people learning about wildlife and the need for conservation around the globe. They care about their animals and do everything possible to provide enriching and healthy enclosures. And yet, there are also many, many zoos that act solely as a business to make money at the expense of caged animals, and put little if any effort into making an enclosure a comfortable or even safe place for that animal to be. The plight of captive animals getting the care and living environment they need is one that quite a few conservation photographers have taken on to varied degrees. One such photographer has created an extraordinarily compelling series that documents what captivity looks like for many animals around the world.

. © Gaston Lacombe. Adam Taylor Shoots Surfrider Campaign. Adam Taylor has wowed us once again with the most recent Surfrider Foundation campaign shot on location in Australia and New Zealand. 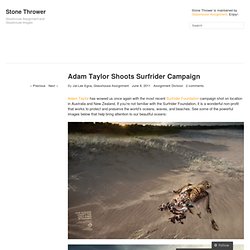 If you’re not familiar with the Surfrider Foundation, it is a wonderful non-profit that works to protect and preserve the world’s oceans, waves, and beaches. See some of the powerful images below that help bring attention to our beautiful oceans: For more information about any of the Glasshouse photographers or for portfolio requests, please contact Jai-Lee Egna Photo Agent, Glasshouse Assignment 212-462-4538 jai-lee@glasshouseassignment.com Like this:

Marina Abramović. Marina Abramović (Serbian Cyrillic: Марина Абрамовић; born November 30, 1946) is a Serbian[1][2][3] and former Yugoslav artist based in New York, a performance artist who began her career in the early 1970s. 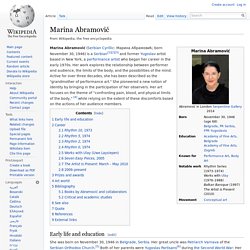 Her work explores the relationship between performer and audience, the limits of the body, and the possibilities of the mind. Active for over three decades, she has been described as the "grandmother of performance art. "