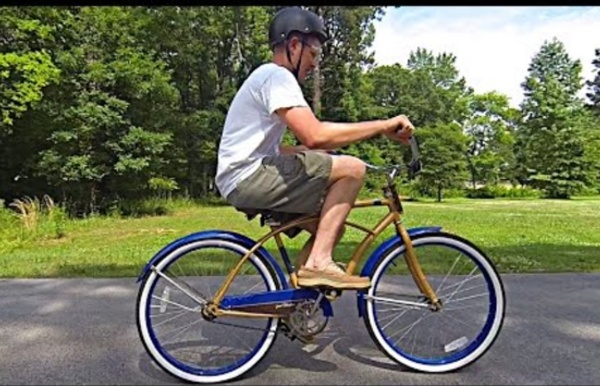 England riots: Timeline and map of violence Riots in London and around the country saw widespread looting and buildings set alight. Dozens were left homeless after a night of riots on the streets of Tottenham after a peaceful demonstration on 6 August over the death of a man who was shot by police turned violent. Here is a timeline of what happened, starting with most recent events. 00:22 BST - The Metropolitan Police say 1,103 people have now been arrested in connection with the riots and 654 people have been charged.

An end to endings: how to stop more Australian species going extinct This is part of a major series called Advancing Australia, in which leading academics examine the key issues facing Australia in the lead-up to the 2019 federal election and beyond. Read the other pieces in the series here. We need nature. It gives us inspiration, health, resources, life. But we are losing it. Extinction is the most acute and irreversible manifestation of this loss. The Artistry of the Mentally Ill: The 1922 Book That Published the Fascinating Work of Schizophrenic Patients, and Influenced Paul Klee, Wassily Kandinsky & Other Avant Garde Artists It's an enduring irony of art history: artists whose work has come to define high culture are often characterized by various mental health issues. But the artwork of ordinary, anonymous people who struggle with those same issues is regarded as therapy, maybe, or a diversion, or a meaningless form of busy work. Though the art world has created a market for “outsider art,” it can seem like such work and its creators get viewed through an ethnographic lens rather than humanizing portraits of the artist.

Can you solve the prisoner hat riddle? - Alex Gendler The ‘prisoners and hats puzzle’ is a classic logic problem with many variants, some of which are described and summarized here. Like other puzzles where each player has information about the other players but not about themselves, they rely on inductive logic and the hierarchy of beliefs to figure out the other players’ thought processes to deduce the missing information. Just remember – if you try to stump other people with this kind of puzzle, make sure you have the right answer yourself.

Same same but different: when identical twins are non-identical We all know a set of twins; perhaps even a set of identical twins. In Australia, twins account for about one in 80 births. But in research published today in the New England Journal of Medicine, we learn of a very unique set of Australian twins. 5 things to say to students suffering from anxiety [Editor’s note: Don’t miss our companion piece, “5 things to avoid saying to students suffering from anxiety.”] Understanding anxiety is something that educators, parents, doctors, therapists, students, sufferers, and non-sufferers are still working on. Just like anything else we attempt to understand, we will never get there if we don’t, first, ask questions. Yesterday, I explored five things I’ve heard and/or experienced being said to students suffering from anxiety that miss the mark in being supportive.

Why can't we trust what we see? Witnesses to a "murder" were tested on their powers of recollection The human memory can be impressive, but it is equally prone to letting us down. Now groundbreaking research has revealed the extent of just how fragile it can be - and how to use it better. You're in the pub and trouble starts. There is shouting, someone is stabbed, they die. It happened right in front of your eyes and the police want to speak to you. Bacteria and viruses are fighting back, but will big pharma save us? An apocalypse is looming, warn the public health experts. The spectre of a benighted world where humankind again falls prey to bacterial plagues, wiping out the frail and the young, has been hanging over us for many years now. Infections we have conquered, such as pneumonia and typhoid, will return to kill us.

Everyone is biased, including you: the play designed by neuroscientists “It’s her word against his,” says a middle-aged male juror in thick-rimmed glasses. “Someone of his experience wouldn’t do something so risky.” A woman to my right says the defendant is probably guilty, but maybe not beyond reasonable doubt. “But why would she lie?” Science Isn’t Broken If you follow the headlines, your confidence in science may have taken a hit lately. Peer review? More like self-review. An investigation in November uncovered a scam in which researchers were rubber-stamping their own work, circumventing peer review at five high-profile publishers. Venom: The secrets of nature’s deadliest weapon - CSIROscope An array of venomous creatures covered in ‘Venom’. Top left: blue-jeans frog (Daniel Solabarrieta), Top middle: blue-ringed octopus (Noodlefish), Top right: Hammerhead worm (Vengolis), Bottom left: slow loris (Dick Culbert), Bottom middle: blue dragon sea slug (Sylke Rohrlach), Bottom right: platypus (Matt Chan) Venom: The secrets of nature’s deadliest weapon is out now from CSIRO Publishing.

Watch Footage from the Psychology Experiment That Shocked the World: Milgram's Obedience Study (1961) For decades following World War II, the world was left wondering how the atrocities of the Holocaust could have been perpetrated in the midst of—and, most horrifically, by—a modern and civilized society. How did people come to engage in a willing and systematic extermination of their neighbors? Psychologists, whose field had grown into a grudgingly respected science by the midpoint of the 20th century, were eager to tackle the question.