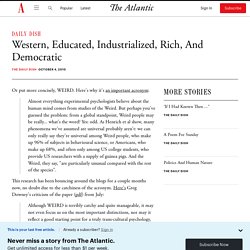 Here's why it's an important acronym: Almost everything experimental psychologists believe about the human mind comes from studies of the Weird. But perhaps you've guessed the problem: from a global standpoint, Weird people may be really... what's the word? Yes: odd. As Henrich et al show, many phenomena we've assumed are universal probably aren't: we can only really say they're universal among Weird people, who make up 96% of subjects in behavioural science, or Americans, who make up 68%, and often only among US college students, who provide US researchers with a supply of guinea pigs. 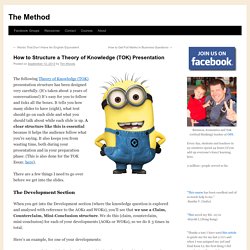 (It’s taken about 2 years of conversations!) It’s easy for you to follow and ticks all the boxes. It tells you how many slides to have (eight), what text should go on each slide and what you should talk about while each slide is up. A clear structure like this is essential because it helps the audience follow what you’re saying. It also keeps you from wasting time, both during your presentation and in your preparation phase. There are a few things I need to go over before we get into the slides. TOK Presentation Model 2015. The Office- Business Ethics. The office, ethics. The Trolley Problem. Why people change the way they speak. Sherlock Deduction. Phoebe Makes Ross Doubt Evolution. Dan Ariely asks, Are we in control of our decisions? The history of African-American social dance - Camille A. Brown. Interested in some more of the history of social dance in the black community? 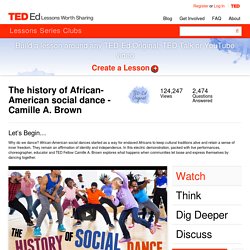 This article has some great references and video clips showing the dances described and discussed in this lesson: From juba to jitterbug to jookin: Black dance in America. The educator of this lesson has a wonderful site that will further inspire you to learn more about social dance. Take a look here. History does really connect with culture through social dance. Here are two amazing references from Camille A. Interested in seeing a video clip from Mr. Photo credit for Camille A. The five major world religions - John Bellaimey. HINDUISM Children in India are often given comic books describing the lives of the saints and gods. 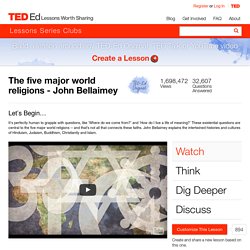 Take a look at one of these and think about the obstacle faced by the protagonist and what spiritual resources were required to overcome it.ISLAM Much of the beauty of the Qur'an comes in its poetry. To appreciate Arabic poetry is difficult for the non-speaker. Belief and Faith. Science Isn’t Broken. If you follow the headlines, your confidence in science may have taken a hit lately. 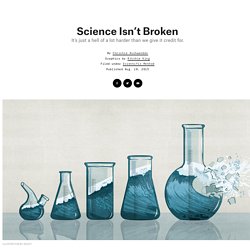 Peer review? More like self-review. An investigation in November uncovered a scam in which researchers were rubber-stamping their own work, circumventing peer review at five high-profile publishers. The Simple Trick to Become a Memory GENIUS! Can YOU spot the murderer? - Eyewitness - BBC Two. BBC iWonder - Would you be a reliable eyewitness? Scott Fraser: Why eyewitnesses get it wrong. Le véritable Christophe Colomb - Alex Gendler. The Trolley Problem. English with subtitles. HUMAN Extended version VOL.1. History of japan. The first wireless bungee jump. Can you solve the prisoner hat riddle? - Alex Gendler. The ‘prisoners and hats puzzle’ is a classic logic problem with many variants, some of which are described and summarized here. 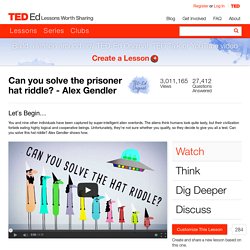 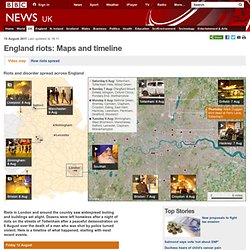 Dozens were left homeless after a night of riots on the streets of Tottenham after a peaceful demonstration on 6 August over the death of a man who was shot by police turned violent. Here is a timeline of what happened, starting with most recent events. 00:22 BST - The Metropolitan Police say 1,103 people have now been arrested in connection with the riots and 654 people have been charged. Greater Manchester Police said they had so far made 147 arrests and more than 70 people had already gone through the courts. Merseyside Police said they had made 77 arrests and charged 45 people.

The Backwards Brain Bicycle - Smarter Every Day 133. Questions no one knows the answers to - Chris Anderson. Friends - Ross and Phoebe argue about Evolution. Your Emotional Hard Drive Filled with Fear? Gary Coxe #1528. Eduardo Sáenz de Cabezón: Math is forever. David Blaine Real or Magic (Full) Why can't we trust what we see? Witnesses to a "murder" were tested on their powers of recollection The human memory can be impressive, but it is equally prone to letting us down. 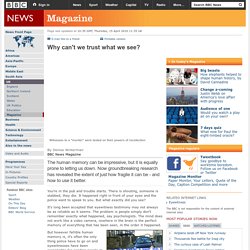 Now groundbreaking research has revealed the extent of just how fragile it can be - and how to use it better. You're in the pub and trouble starts. There is shouting, someone is stabbed, they die. It happened right in front of your eyes and the police want to speak to you. It's long been accepted that eyewitness testimony may not always be as reliable as it seems.

But however fallible human memory is, it's often the only thing police have to go on and eyewitnesses have been responsible for sending people to prison ever since the justice system began - both rightly and wrongly. Now research has gone further than ever before to understand the fragile nature of our powers of recall. Beau Lotto: Optical illusions show how we see. Test Your Awareness: Do The Test. Louie Schwartzberg: Hidden miracles of the natural world. Amy Cuddy: Your body language shapes who you are. Hashtags: #MisheardLyrics. A collection of misheard lyrics. Misheard Song Lyrics 90s Edition. Test Your Awareness : Whodunnit? Is Your Red The Same as my Red? Ed.ted. Undateable - The Art of Lying (Episode Highlight) The Science of Lying. The Invention of Lying (2009) OFFICAL TRAILER #2.