BRAIN POWER: From Neurons to Networks 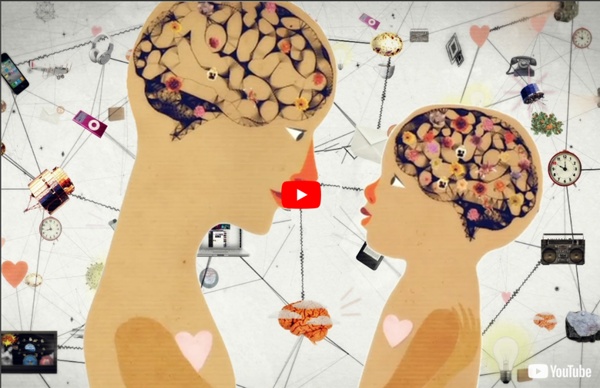 Neuroplasticity Contrary to conventional thought as expressed in this diagram, brain functions are not confined to certain fixed locations. Neuroplasticity, also known as brain plasticity, is an umbrella term that encompasses both synaptic plasticity and non-synaptic plasticity—it refers to changes in neural pathways and synapses which are due to changes in behavior, environment and neural processes, as well as changes resulting from bodily injury.[1] Neuroplasticity has replaced the formerly-held position that the brain is a physiologically static organ, and explores how - and in which ways - the brain changes throughout life.[2] Neuroplasticity occurs on a variety of levels, ranging from cellular changes due to learning, to large-scale changes involved in cortical remapping in response to injury. The role of neuroplasticity is widely recognized in healthy development, learning, memory, and recovery from brain damage. Neurobiology[edit]

Secrets of the teenage brain Several years ago Frances E Jensen’s 16-year-old son wrote off a car. A few years earlier, her other son had returned from a friend’s house with his hair dyed jet black. The University of Pennsylvania neurologist was finding her teenagers’ erratic behaviour increasingly taxing, so she decided to study teenage thought processes and gathered her research in the book The Teenage Brain. She found that while much had been written about teen psychology and parenting, no one had explained the neurons and cerebral connections that make those years such a unique – and terrifying – part of growing up. The teenage brain has only recently become a subject for serious research, which shows how little was known about it. Brain Basics Introduction Watch the Brain Basics video Welcome. Brain Basics provides information on how the brain works, how mental illnesses are disorders of the brain, and ongoing research that helps us better understand and treat disorders. Mental disorders are common. You may have a friend, colleague, or relative with a mental disorder, or perhaps you have experienced one yourself at some point.

Blame My Brain The revised edition of Blame My Brain – The Amazing Teenage Brain Revealed - first published in 2005 and updated in 2007 and 2013. Signed copies available from my online shop, unsigned copies from all good shops, and the ebook from wherever you normally buy ebooks! BLAME MY BRAIN was shortlisted for the Aventis prize for science-writing, is internationally acclaimed, and has been reprinted many times and translated into other languages. It is highly unusual (possibly unique) in being written specifically for teenagers to understand their own brains. “Nicola Morgan has that rare gift of being able to communicate science and make it fun. She brings the biology of the brain to the general reader in a way that will not only educate but entertain.”

Dopamine and the Diseased Brain Abstract: Dysfunction of central dopaminergic neurotransmission has been implicated in a series of neuropsychiatric disorders, including Tourettes syndrome, schizophrenia, and drug and alcohol dependence. The behavioral and psychopathological manifestations of central dopaminergic dysfunction differ depending on the site of their neurobiological correlate.

How The Brain Rewires Itself It was a fairly modest experiment, as these things go, with volunteers trooping into the lab at Harvard Medical School to learn and practice a little five-finger piano exercise. Neuroscientist Alvaro Pascual-Leone instructed the members of one group to play as fluidly as they could, trying to keep to the metronome's 60 beats per minute. Every day for five days, the volunteers practiced for two hours. Then they took a test. At the end of each day's practice session, they sat beneath a coil of wire that sent a brief magnetic pulse into the motor cortex of their brain, located in a strip running from the crown of the head toward each ear.

Behaviour management: it’s all about the brain It’s only the second lesson of the day and Connor is hiding under the table again. What do you do? Do you ask him what’s wrong? Try to reason with him? Offer him a reward if he comes out? The Involvement of a Na - and Cl–-Dependent Transporter in the Brain Uptake †Drug Delivery, Disposition and Dynamics and ‡Centre for Drug Candidate Optimisation, Monash Institute of Pharmaceutical Sciences, Monash University, Parkville, Victoria, Australia § Department of Medicine, Weill Medical College of Cornell University, New York, New York, United States Department of Life, Health and Chemical Sciences, Open University, Milton Keyes, U.K. INSERM (U1016) Institut Cochin, Paris, France

Neuropsychology Neuropsychology studies the structure and function of the brain as they relate to specific psychological processes and behaviors. It is seen as a clinical and experimental field of psychology that aims to study, assess, understand and treat behaviors directly related to brain functioning. The term neuropsychology has been applied to lesion studies in humans and animals. It has also been applied to efforts to record electrical activity from individual cells (or groups of cells) in higher primates (including some studies of human patients).[1] It is scientific in its approach, making use of neuroscience, and shares an information processing view of the mind with cognitive psychology and cognitive science. History[edit] Child mental health referrals up 26% in five years, says report Image copyright Getty Images The number of referrals to child and adolescent mental health services in England has increased by 26% over the past five years, Education Policy Institute (EPI) research suggests. Its report also reveals one in four referrals was either rejected or deemed inappropriate for treatment. Out of 60 providers questioned, 54 gave a response. The Department of Health said it was investing an additional £1.4bn into mental health services for children.

Human brain The human brain has the same general structure as the brains of other mammals, but has a more developed cortex than any other. Large animals such as whales and elephants have larger brains in absolute terms, but when measured using the encephalization quotient which compensates for body size, the human brain is almost twice as large as the brain of the bottlenose dolphin, and three times as large as the brain of a chimpanzee. Much of the expansion comes from the part of the brain called the cerebral cortex, especially the frontal lobes, which are associated with executive functions such as self-control, planning, reasoning, and abstract thought. The portion of the cerebral cortex devoted to vision is also greatly enlarged in humans.

Brain is not fully mature until 30s and 40s (PhysOrg.com) -- New research from the UK shows the brain continues to develop after childhood and puberty, and is not fully developed until people are well into their 30s and 40s. The findings contradict current theories that the brain matures much earlier. Professor Sarah-Jayne Blakemore, a neuroscientist with the Institute of Cognitive Neuroscience at University College London, said until around a decade ago many scientists had "pretty much assumed that the human brain stopped developing in early childhood," but recent research has found that many regions of the brain continue to develop for a long time afterwards. The prefrontal cortex is the region at the front of the brain just behind the forehead, and is an area of the brain that undergoes the longest period of development. Prof. Blakemore said brain scans show the prefrontal cortex continues to change shape as people reach their 30s and up to their late 40s.