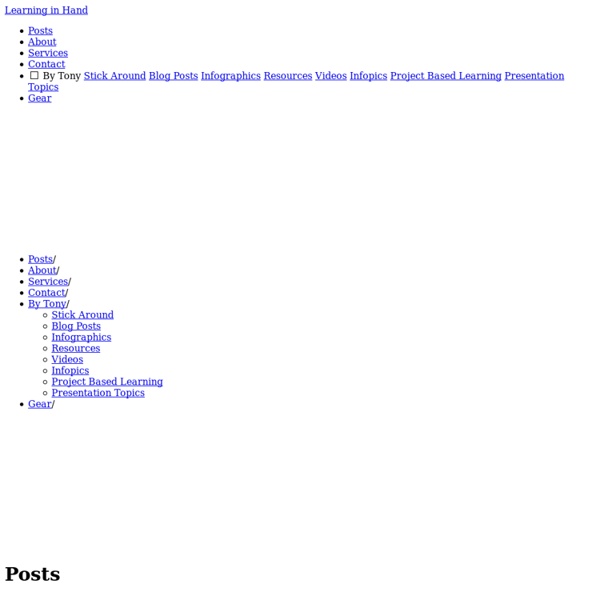 Do delete content. Since you are mirroring the computer's iTunes Library onto the iPods, deleting items from iTunes will delete them from the iPods. After you no longer have a need for a podcast, video, or audiobook, delete it so it is not taking up room and cluttering up the iPods. Chances are you want to use this content with a future class. If it's something you will use again, drag and drop it into a folder on your desktop. You can drag and drop it back into iTunes for the next time you want it synced to iPods. Do configure the Music app for easy access to playlists and podcasts.

Schools across the country bring iPads to the classroom ARLINGTON, Va. — On a warm spring morning, a pair of first-grade boys enter the computer lab at Jamestown Elementary, a traditional-looking red-brick neighborhood school that's educated generations of students. The first-graders take a black cart, big enough that they both could fit in it, and push it down the hall to their classroom. It contains an Apple iPad for every student in their class. About CommuniK-9, Inc. “Effective educators believe that they have the power to be the charismatic adult in a student's life, and they actively seek opportunities to do so.” Robert Brooks Sue is an enthusiastic learner who is committed to staying abreast of all current approaches and state of the art techniques available.

5 best iPad apps to teach programming - (Private Browsing) While Scratch continues to be my favorite gateway-drug to computer programming, my current students don’t have ready access to desktop or laptop computers. We do, however, have iPads so I’ve been looking at apps to introduce the concepts of branches, loops and conditional statements. Here are my top 5 favorites so far: Daisy the Dinosaur Price: FreeDifficulty: BeginneriTunes link: Daisy the Dinosaur is a simple drag-and-drop introduction to programming. An introductory guide to iPads for Teachers I’m delivering some iPad training to a school tomorrow, so thought it might be useful to collate some of the links I’ve been putting together for the session. The session is concentrating mainly on teachers using the iPads for their own professional use, rather than being used as a classroom resource, but a lot of the apps below will be suitable for use by students too. I’ll do another post sometime of great apps for different subject areas. Here’s some of the useful apps I’d recommend investigating. Some are free, others the price of a pint or so.

Tips2012: Teachers’ Voices #2: Doug’s i-Story A frequently asked question is “How do I transfer items created on my iPad to other devices?” This leads to the issue of workflows and document management on an iPad. In this i-Story, Doug Lauder shares his thoughts on how to share content created on iPads. Doug works in education supporting teachers as they use technology. He will be presenting on document sharing and workflows on iPads at the M-Learning in Education@ECU Twilight events on the 5th & 6th June at Edith Cowan University in Perth, Western Australia. Teacher’s Trial by Tech – Staff Engagement Success? There’s no doubt about it, the iPad is a desirable product. Now the new staff have one it is clear excitement and enthusiasm abound. Despite initial resistance and concern, staff have already asked for increased support and content. This is a short post to highlight anything we have learned over the past three months relating to staff engagement. Recommended approach

Tech Learning TL Advisor Blog and Ed Tech Ticker Blogs from TL Blog Staff – TechLearning.com 0 Comments July 16, 2011 By: Guest Blogger Jul 16 Written by: 7/16/2011 10:42 AM ShareThis on note-taking on an iPad I’ve been doing most of my work on an iPad for a couple of months now, and have finally come up with a workflow that fits how I do things. I had initially been typing notes directly into Evernote, which is awesome and extremely useful, but the flow of notes felt entirely too linear. I tend to wander a bit, and come back to things later. Typing notes into a document felt too constraining. So, I went hunting for apps that would replace my traditional moleskine notebooks. I’ve got a stack of notebooks at home, and have been extremely happy with how I work with them.

25 Ways To Use iPads In The Classroom In case you haven’t heard the news, we’re putting out a special mini-issue early next week. It’ll be available in the Edudemic Magazine iPad app and, best of all, FREE to subscribers! If you’re not (yet) a subscriber, it’ll be just $0.99. The following is an excerpt from just one of the articles in the mini-issue. It’s all about iPads in education, Apple’s role in the future of learning, and much more than that.