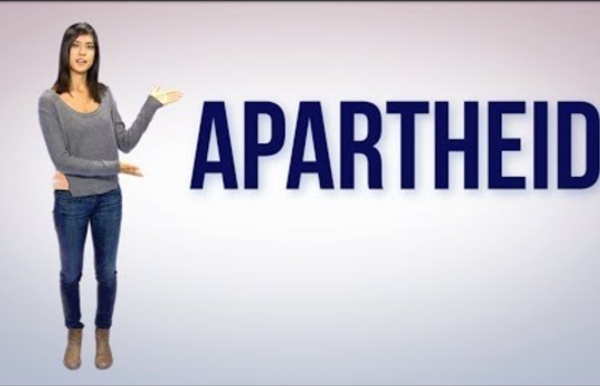 South Africa profile - overview South Africa has one of the continent's biggest and most developed economies. Up until 1994 it was ruled by a white minority which enforced a separation of races with its policy called apartheid. The apartheid government eventually negotiated itself out of power after decades of international isolation, armed opposition and mass protests. The democratically-elected leadership encouraged reconciliation and set about redressing social imbalances. Read more country profiles - Profiles by BBC Monitoring

Have You Heard From Johannesburg "Best Documentary of 2010." "EXEMPLARY… A TRIUMPH of maximalist filmmaking. And you won't look at your watch once. Robben Island For nearly 400 years, Robben Island, about 12 kilometres from Cape Town, was a place of exile where rulers sent those they regarded as outcasts and troublemakers. Robben Island was used at various times between the 17th and 20th centuries as a prison, a hospital for socially unacceptable groups and a military base. Its buildings, particularly those of the late 20th century such as the maximum security prison for political prisoners, witness the triumph of democracy and freedom over oppression and racism. The author Lawrence Green described Robben Island as "The Island of Exiles".

The Freedom Charter Called for Equality in South Africa The Freedom Charter was a document ratified at the Congress of the People held at Kliptown, Soweto, South Africa in June 1955 by the various member bodies of the Congress Alliance. The policies set out in the Charter included a demand for a multi-racial, democratically elected government, equal opportunities, the nationalization of banks, mines, and heavy industries, and a redistribution of land. Africanist members of the ANC rejected the Freedom Charter and broke away to form the Pan Africanist Congress.

Breaking: It's now 'illegal' to display the apartheid flag in South Africa Judge Phineas Mojapelo will have his name remembered for a very long time in South Africa. He’s the magistrate who handed down the momentous decision to outlaw the old apartheid flag from public display in the country, some 25 years after the cruel regime was finally defeated. Apartheid flag banned – what you need to know The Black Monday protests, which flared-up in October 2017, forced the Nelson Mandela Foundation and SA Human Rights Commission to take action. What started out as an impassioned plea to take action against a rise in farm murders descended into open displays of the apartheid flag, and in some cases, defences of the regime itself.

Nelson Mandela - Biography - President (non-U.S.), Writer, Civil Rights Activist Nelson Mandela became the first black president of South Africa in 1994, serving until 1999. A symbol of global peacemaking, he won the Nobel Peace Prize in 1993. Synopsis Nelson Mandela was born on July 18, 1918, in Mveso, Transkei, South Africa. Becoming actively involved in the anti-apartheid movement in his 20s, Mandela joined the African National Congress in 1942. For 20 years, he directed a campaign of peaceful, nonviolent defiance against the South African government and its racist policies. Emotions Flashcards for Adults - Teaching ESL A set of 12 emotions flashcards for adults. These pictures use exaggerated facial expressions to teach common feelings vocabulary. Intermediate level or high beginner students who enjoy building their vocabulary will like this set of funny pictures. These cards work well with miming games like charades, if you have a class with a sense of humor.

District 9: South Africa and apartheid come to the movies Poor aliens. They trek halfway across the galaxy, run out of gas and end up living off cat food in, of all places, 1980s Johannesburg. Then they get the kind of reception that asylum seekers who don't speak the language have come to expect. This is the improbable premise of the surprise sci-fi hit of the year.