Margaret Atwood’s novel The Handmaid’s Tale has remained popular since its publication in 1985. 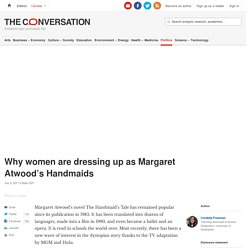 It has been translated into dozens of languages, made into a film in 1990, and even became a ballet and an opera. In Argentina, the Supreme Court spurs national outrage with leniency for a 'Dirty War' criminal. Leer en español. 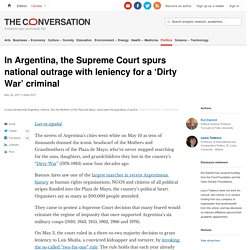 The streets of Argentina’s cities went white on May 10 as tens of thousands donned the iconic headscarf of the Mothers and Grandmothers of the Plaza de Mayo, who’ve never stopped searching for the sons, daughters, and grandchildren they lost in the country’s “Dirty War” (1976-1983) some four decades ago. Buenos Aires saw one of the largest marches in recent Argentinean history as human rights organisations, NGOS and citizens of all political stripes flooded into the Plaza de Mayo, the country’s political heart. Stuck in Lebanon: a Syrian refugee family's life in limbo. I don’t remember exactly how Reham and I came to meet on Facebook but I do recall how articulate she was, her love for her younger sister Fatima and her quiet desperation for a new life. 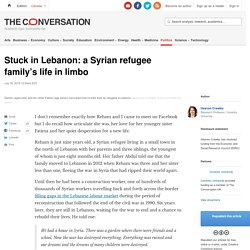 Reham is just nine years old, a Syrian refugee living in a small town in the north of Lebanon with her parents and three siblings, the youngest of whom is just eight months old. Her father Abdul told me that the family moved to Lebanon in 2012 when Reham was three and her sister less than one, fleeing the war in Syria that had ripped their world apart. Until then he had been a construction worker, one of hundreds of thousands of Syrian workers travelling back and forth across the border filling gaps in the Lebanese labour market during the period of reconstruction that followed the end of the civil war in 1990.

Six years later, they are still in Lebanon, waiting for the war to end and a chance to rebuild their lives. He told me: We had a house in Syria. Alleged Miscarriages of Justice Investigative Unit - Inside Justice. Justice4Grenfell – A community website. OneDollarGlasses · OneDollarGlasses. Forced disappearances are on the rise as human rights violators cover their tracks. It seems the global campaign to protect human rights has had an unexpected side-effect: governments are changing their preferred methods of getting rid of political opponents. 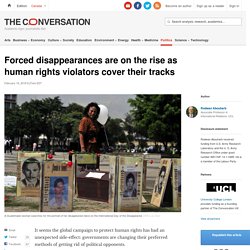 World hunger is increasing thanks to wars and climate change. Around the globe, about 815 million people – 11 percent of the world’s population – went hungry in 2016, according to the latest data from the United Nations. 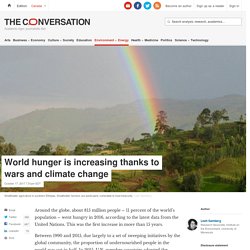 This was the first increase in more than 15 years. Between 1990 and 2015, due largely to a set of sweeping initiatives by the global community, the proportion of undernourished people in the world was cut in half. In 2015, U.N. member countries adopted the Sustainable Development Goals, which doubled down on this success by setting out to end hunger entirely by 2030. #MeToo is riding a new wave of feminism in India. Reading other women’s #MeToo stories brings back memories of my sexual abuse as a young girl growing up in the late 1970s and 1980s in India. 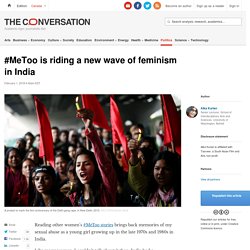 Like many women, I couldn’t talk about it then. India had a tradition-bound society with strict gender norms and expectations. Fair Food Program - Consumer Powered, Worker Certified. Give Me Tap! How well do you know your African geography? Inside Britain’s asylum appeal system – what it’s like to challenge the Home Office. New evidence suggests that where an asylum seeker ends up in Britain could have a significant impact on the likelihood that they are granted refugee protection, regardless of whether their life is in danger. 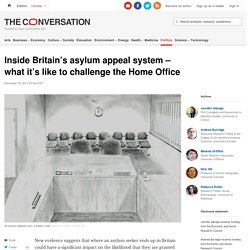 From an Afghan child fleeing forced recruitment into the Taliban, to a Ugandan lesbian fleeing police violence, geography seems to be affecting the justice process that asylum seekers often depend upon for their safety and their lives. Freedom of Information data obtained by the BBC’s Victoria Derbyshire programme pointed towards the legal “lottery” asylum seekers face depending on where their appeal is heard. The new data related to 36,000 asylum appeals heard between January 2013 and September 2016. It showed asylum seekers were almost twice as likely to win an appeal at Taylor House in Clerkenwell, London (47%) than Belfast (24%) and significantly more likely than in Glasgow (28%). There are various reasons why London courts might have higher appeal success rates. ‘Triple talaq’ abolition is only the start of a larger campaign for gender justice in India. The egregious practice that some Muslim men employ to divorce their wives instantaneously and without their consent, merely by uttering the word talaq (divorce) three times, has finally been declared unconstitutional and illegal by the Indian Supreme Court. 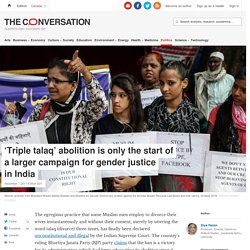 The country’s ruling Bhartiya Janata Party (BJP) party claims that the ban is a victory for its administration, which had been advocating its abolition since it came to power in 2014. But beyond this political claim, the verdict highlights the changing social and political landscape in India, which enabled a group of Muslim women to successfully take on orthodox elements in their community.

Public opinion against this practice could not have gathered critical mass if it weren’t for five Muslim women who stood up to the community’s conservative elements and challenged their patriarchal mindsets. The long fight Gender rights for all Beyond the religious angle. DPAC – Disabled People Against Cuts. Human Rights At Sea. CODEPINK - Women for Peace. Mothers of the Plaza de Mayo - Wikipedia.

The Mothers of the Plaza de Mayo (Spanish: Asociación Madres de Plaza de Mayo) is an association of Argentine mothers whose children were "disappeared" during the state terrorism of the military dictatorship, between 1976 and 1983. 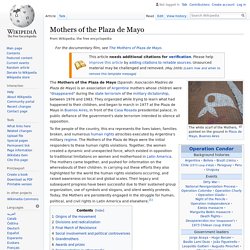 They organized while trying to learn what had happened to their children, and began to march in 1977 at the Plaza de Mayo in Buenos Aires, in front of the Casa Rosada presidential palace, in public defiance of the government's state terrorism intended to silence all opposition. To the people of the country, this era represents the lives taken, families broken, and numerous human rights atrocities executed by Argentina's military regime.

The Mothers of the Plaza de Mayo were the initial responders to these human rights violations. Together, the women created a dynamic and unexpected force, which existed in opposition to traditional limitations on women and motherhood in Latin America. Origins of the movement[edit] Legal Routes to Sanctuary. #GirlsCount - Help girls around the world get the education they deserve. Creating Safe & Secure Environments. Help Refugees - Providing aid and upholding dignity for refugees. Helping Refugees & Asylum Seekers - Building New Lives - Refugee Action. Refugee crisis - email your MP now: This is the international website of the berlin-based project ‘Flüchtlinge Willkommen’ Research and Action for Peace. 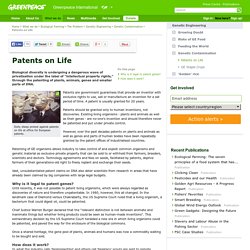 Patents are government guarantees that provide an inventor with exclusive rights to use, sell or manufacture an invention for a set period of time. A patent is usually granted for 20 years. Survival International - The movement for tribal peoples. Humanity Healing International is a humanitarian, nondenominational, nonpolitical organization promoting Spiritual Activism as a means to foster Healing for communities with little or no Hope. Once social change begins, it cannot be reversed. You cannot un-educate the person who has learned to read. You cannot humiliate the person who feels pride. You cannot oppress the people who are not afraid anymore.

~Cesar Chavez Women are the most marginalized, oppressed and downtrodden group in Pakistani society. Women often feel insecure. In Pakistan, domestic violence leads to honor killings. CALM, the campaign against living miserably, is a charity dedicated to preventing male suicide, the biggest killer of men aged under 50 in the UK. The Empowerment Plan. Antislavery.org. 'Honour'-based violence. Heshu Yunes ‘Honour’-based violence and ‘honour’ killings are a form of violence against women which currently occur predominantly amongst populations from the Middle East and South Asia, although they may occur in other areas, and historically have been recorded in Southern Europe. ‘Honour’ works to restrict women’s autonomy, particularly sexual autonomy within male-dominated societies which place a high value on women’s chastity.

Within ‘honour’ crimes, families may collaborate to commit violence against a relative who is thought to have violated the restrictions around female behaviour. STOP FGM NOW.COM. Anti-Defamation Campaign in Defence of Disability Rights. Detention Action. Detention Action is working with people in detention, and those recently released, to share their experiences of detention, and to tell the story of why they were detained.

Abdul is a Rohingya from Burma. He is stateless, so cannot return to Burma or Bangladesh. Despite this, when he claimed asylum he was placed on the Detained Fast Track. I was detained from August 2010 until the beginning of November 2012 and have only just been granted bail. Reprieve. Amnesty International - working to protect human rights worldwide. Liberty. Defending Human Rights Worldwide. Oak Foundation.