A thriller with a bisexual male hero? American readers can't handle it. In the wake of the US supreme court decision on gay marriage, one might think that Americans now feel comfortable with homosexuality.

I have evidence to the contrary. When my thriller My Name is N came out this month in the US, it got very positive reviews and even led the book section in Entertainment Weekly. 'The closet is a terrible place...' How coming out transformed five lives. Davina Shah, 33 Traffic officer, north-west London When I was in my early 20s I wrote my mother an eight-page letter. 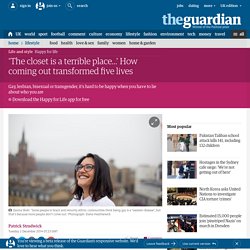 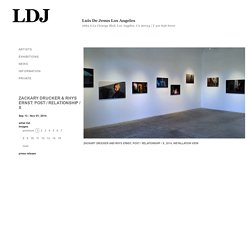 An artists' reception will be held on Saturday, September 13th, from 6:00 to 9:00 p.m. ZACKARHYS. Regram from @jillsoloway B-roll for Entertainment Tonight with @zackarydrucker and @jillsoloway Watch it 10/3 :))) 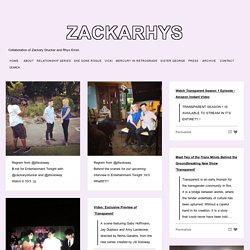 Public Bathrooms Are Gender Battlegrounds, Mostly Due to Terrible Signage. French schoolboys told they can wear skirts to school. Many pupils, however, were angry with adult protesters hijacking their initiative. 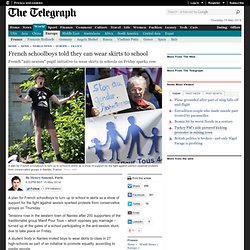 "They have no right coming to our lycee and taking over our idea," Laurine, a pupil, told 20 Minutes, the news website. "You can protest against sexism without any intention of promoting gender theory. That has nothing to do with the original issue and aim of this demonstration," said another. Simon, another, said: "I wasn't really aware of what was going on but just to annoy (these protesters) I'll be coming in a skirt tomorrow and I think other blokes will follow suit. " Olivier Vial, president of the conservative UNI party said: "We'll do any old nonsense in the name of equality. "This move is inspired by the Day of the Skirt, whose original aim was to allow women to express their femininity in environments where it was often difficult. The row then hit parliament, which has been the scene of angry debates over social reforms in the past year. The idea came from the pupils themselves, he said.

Ellen Page Interview - Ellen DeGeneres Talk Show. Months after Ellen Page came out, the X-Men: Days of Future Past star sat down with another Ellen to share the many ways her life has improved since her big announcement. 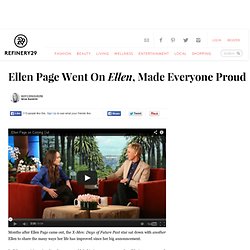 "I did not anticipate just how happy I would feel in just every aspect of my life, just an ease and a comfort. And, it's really been quite extraordinary to feel the shift," Page tells DeGeneres, no stranger to "releasing shame" and the catharsis of coming out herself. It was kudos all around, as DeGeneres thanked young Juno for her thoughtful and brave coming-out speech. "My biggest fear was having a panic attack, quite frankly," Page admits. "But, I was so excited to do it and just so ready to do it. "

¿Qué pasaría si juntaras a un homofóbico con un gay y les pidieras que se abrazaran? ‘Girl Crush’: Why the Lesbian and Queer Women Community Is Fashion’s Major Blind Spot. The term "girl crush" has wormed its way firmly into our lexicon: defined on Urban Dictionary as "feelings of admiration and adoration which a girl has for another girl, without wanting to shag said girl," the term has become a go-to for the English-speaking world, especially the fashion industry, to describe women we admire. 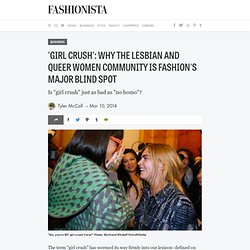 On Fashionista alone, a search for the term pulls up stories about subjects as varied as Jenna Lyons, Alexa Chung, Charlotte Gainsbourg, the Haim sisters and Maude Apatow. It spawns headlines ("Cheryl Cole And Khloe Kardashian Reveal Their Girl Crushes") and its own hashtag -- #WomenCrushWednesday, or #WCW. 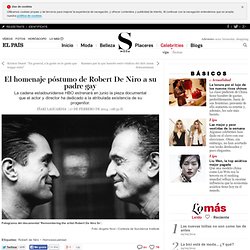 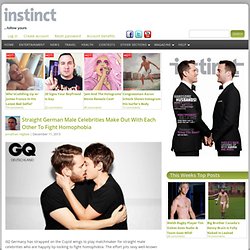 The effort pits sexy well-known men from various industries together in intimacy in front of the cameras for the campaign, titled "Gentlemen Against Homophobia. " “The intolerance that homosexuals are still fighting against is shocking,” said José Redondo-Vega, GQ Germany's Editor-in-Chief. “With #Mundpropaganda we wanted to give a clear sign in favor of a free society.” ​ Queerty helps identify a few of our new favorite German allies involved in the project, including musician Herbert Grönemeyet, actors Ken Duken, Kostya Ullmann and August Diehl, members of German hip-hop group Fettes Brot, and beach volleyball Olympic champion Julius Brink. The Independent, Community-Partner of ONE Archives at the USC LIbraries. 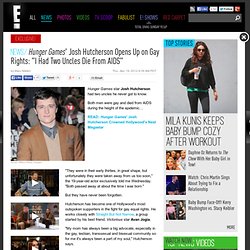 Both men were gay and died from AIDS during the height of the epidemic… 'Hunger Games' Star Josh Hutcherson Talks Gay Attraction, Says He Doesn't Rule It Out. Public Couple Fights Anti-Gay Bullying and Alleged Censorship. Jesse and Dirk met two years ago in San Francisco. It was instant connection; an elective affinity.

After dating for about 18 months, Dirk moved in. They now live in Boston. Their union is founded on love, respect, safety, and great passion. Their relationship mirrors many others, if it wasn't for the fact that Jesse Jackman and Dirk Caber are successful adult film actors for TitanMen. Jesse shares intimate accounts of their love life in his blog. Their relationship was recently under heavy attack by ugly beasts: bullyism and alleged censorship. On October 7, 2013, Jesse posted on his Facebook page a sweet picture of him and Dirk. Devon And Jordan's Wedding Is the Latest Emotional Gay Wedding Video. Carole Kaiser And Mary Burson, Elderly Lesbian Couple, Rejected For Marriage License In North Carolina.

Carole Kaiser and Mary Burson have been together for 40 years, raised eight children and have a total of 13 grandchildren -- and North Carolina still won't allow them get married. Accompanied by their reverend, two of their children and a crowd of approximately 70 supporters, Kaiser and Burson entered the Henderson County Register of Deeds office to apply for a marriage license Oct. 2, despite the state's constitutional ban on same-sex marriage. Back in the Day: Coming Out With Ellen. By Malinda Lo | Original publication date: April 2005 There are a few television events that will go down in history as watershed moments marking significant changes in American culture. In 1968 Star Trek aired television’s first interracial kiss between Captain Kirk and Lieutenant Uhura—one year after the Supreme Court ruled that barring interracial marriage was unconstitutional.

In a 1972 episode of Maude, anAll in the Family spinoff, Maude decided to have an abortion—one year before Roe v. Wade legalized a woman’s right to choose.