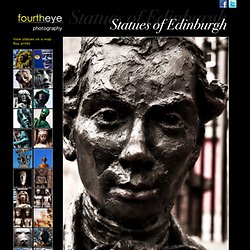 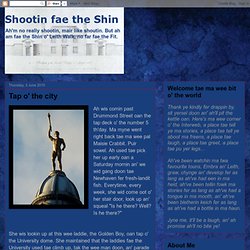 Ma myne went right back tae ma wee pal Maisie Crabbit. Puir sowel. Ah used tae pick her up early oan a Saturday mornin an' we wid gang doon tae Newhaven fer fresh-landit fish. Everytime, every week, she wid come oot o' her stair door, look up an' squeal "Is he there? Well? She wis lookin up at this wee laddie, the Golden Boy, oan tap o' the University dome. She aye got excited when she startit talkin aboot the student laddies, 'her' student laddies, an' their high-jinks. An' yet, if yin o' them looked at her she wid run a mile. She wid look up, smile, an' shout "Is he there? "Aye Maisie, he's still there" Ah aye felt ah wis lettin her doon. ROYAL-MILE.COM THE ROYAL MILE SHOPS, RESTAURANTS, PUBS & CLUBS, TOURS ACCOMMODATION, BUSINESSESS and SERVICES ON THE ROYAL MILE. 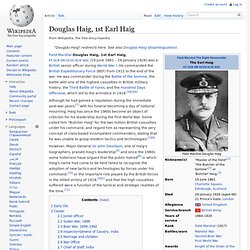 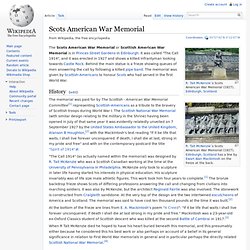 It was called "The Call 1914", and it was erected in 1927 and shows a kilted infrantyman looking towards Castle Rock. Behind the main statue is a frieze showing queues of men answering the call by following a kilted pipe band. File:Royal Scots Greys Memorial, Princes Street Gardens, Edinburgh.JPG. Roll of Honour - Midlothian - Edingburg, Black Watch (Boer War) THE 1st Battalion arrived in South Africa from India about the end of December 1901, and in his despatch of 8th January 1902 Lord Kitchener remarks, “On receipt of the news of this successful attack” (that is, the capture of about a battalion of Yeomanry at Tweefontein on 25th December 1901) “I arranged to reinforce General Rundle by the 1st Black Watch and 4th King’s Royal Rifles.” 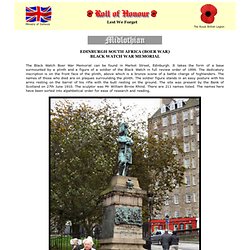 General Rundle issued an order to the colonel of the 1st Black Watch stating that their expeditious march and timely arrival had saved a critical situation. The battalion was afterwards chiefly employed on the construction of the blockhouse lines, and in guarding these lines during the big driving operations which went on in the north of the Orange River Colony down to the close of the campaign. In Lord Kitchener’s final despatch 7 officers and 9 non-commissioned officers of the Royal Highlanders were mentioned, but these names embraced both 1st and 2nd Battalions. Para. 29. Para. 32 “The attack failed. Edinburgh-Royal Mile -The Mound- Black Watch Memorial. File:William Chambers 04.jpg. William Chambers (publisher) Among the other numerous works of which Robert was in whole or in part the author, the Biographical Dictionary of Eminent Scotsmen (4 vols., Glasgow, 1832–1835), the Cyclopædia of English Literature (1844), the Life and Works of Robert Burns (4 vols., 1851), Ancient Sea Margins (1848), the Domestic Annals of Scotland (1859–1861) and the Book of Days (2 vols., 1862–1864) were the most important. 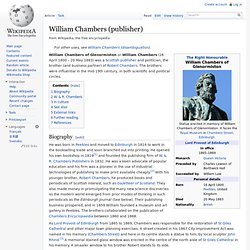 He was played by Christopher Lee in the 2005 feature film Greyfriars Bobby. Works by William Chambers at Project Gutenberg Fyfe, Aileen (2012). Steam-Powered Knowledge: William Chambers and the Business of Publishing, 1820-1860. File:"Ed Ard" - geograph.org.uk - 339856.jpg. Edward VII. Edward VII (Albert Edward; 9 November 1841 – 6 May 1910) was King of the United Kingdom and the British Dominions and Emperor of India from 22 January 1901 until his death. 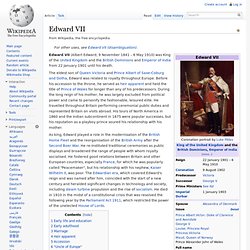 The eldest son of Queen Victoria and Prince Albert of Saxe-Coburg and Gotha, Edward was related to royalty throughout Europe. Before his accession to the throne, he served as heir apparent and held the title of Prince of Wales for longer than any of his predecessors. During the long reign of his mother, he was largely excluded from political power and came to personify the fashionable, leisured elite. He travelled throughout Britain performing ceremonial public duties and represented Britain on visits abroad.

His tours of North America in 1860 and the Indian subcontinent in 1875 were popular successes, but his reputation as a playboy prince soured his relationship with his mother. Early life and education[edit] Portrait of Albert Edward, Prince of Wales, by Winterhalter, 1846 Early adulthood[edit] Marriage[edit] File:RLS 'Kidnapped' statue.JPG. Kidnapped (novel) Mysterious paper sculptures « Central Station. Those of you who don’t keep up with Edinburgh’s literary world through Twitter may have missed the recent spate of mysterious paper sculptures appearing around the city. 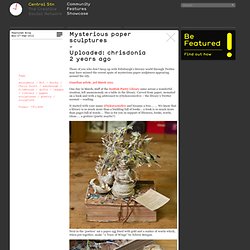 Guardian article, 3rd March 2011. One day in March, staff at the Scottish Poetry Library came across a wonderful creation, left anonymously on a table in the library. Carved from paper, mounted on a book and with a tag addressed to @byleaveswelive – the library’s Twitter account – reading: It started with your name @byleaveswelive and became a tree.… … We know that a library is so much more than a building full of books… a book is so much more than pages full of words.… This is for you in support of libraries, books, words, ideas….. a gesture (poetic maybe?) Next to the ‘poetree’ sat a paper egg lined with gold and a scatter of words which, when put together, make “A Trace of Wings” by Edwin Morgan.