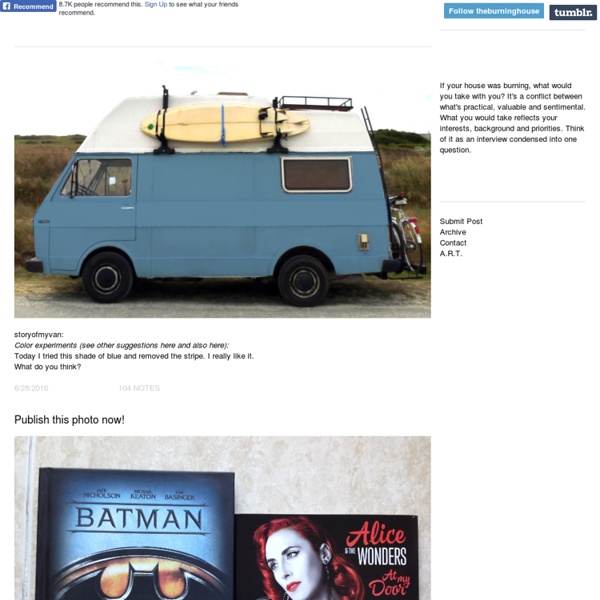 Name: Fiel FlameñoAge: 19Location: PhilippinesOccupation: StudentWebsite: fielly.tumblr.com -Huge Corona sketch pad that I’ve had since I sucked at art (and I still kind of do). -Tiny Corona sketch pad where I save the “better” art for. -My small variety of Staedtler pencils plus some tech pens. -Blending stump. -Knead-able (and regular) eraser.

Glen Carlou – Featured Artists Featured Artistsadmin2014-05-22T10:08:52+00:00 World-famous installation artist Andy Goldsworthy and New York-based Ouattara Watts are currently making their mark on the Hess Art Collection Museum with works by Deryck Healey and Alan Rath. Andy GoldsworthyBorn 1956, Cheshire, England Goldsworthy is a world famous environmental sculptor who explores and experiments with various natural materials such as leaves, stones, wood, sand, clay, ice and snow. The seasons and weather determine the materials and the subject matter of his projects. The Global Dominance of ESPN - Derek Thompson Josue Evilla “This is the chart I was talking about. This is powerful.”

Easy Change Floating Photo Wall I'm a part-time professional photographer and I love taking pictures! Sometimes I work really hard to take an idea in my head and turn it into a finished picture. Like everyone else, I share my pictures online with friends and family, but I really want to display some of my images at home. Typically when you want to print out an image to display in your home you can do one of two things. 1) Print your photo online or at a local store like Wal-mart for as little money as possible, usually a few cents to a few dollars, and throw it in a cheap frame for another few dollars. Addicting Info – Rich Guys Try To Kick Poor Kids Off Their Own Playing Field, Get A Life Lesson Instead (VIDEO) This is what happened when a group of wealthy, white tech workers in San Francisco attempted to kick a group of local kids off their playing field — they got a life lesson they’ll never forget. The Mission Playing Field, enjoyed for decades as a shared public space, is being privatized by San Francisco Parks & Recreation in collusion with the private City Fields Foundation. Without community approval, the private foundation decided to issue costly permits to use the small traditional pick-up soccer field. So, the inevitable happens and the entitled show up and try to kick the neighborhood kids off of the field at prime time without even showing their “permit.” They don’t want to wait their turn and play with everyone else. One of them is even heard off-camera crying:

Amanda Lindhout, Writer of The House in the Sky, Shares the Story of Her Terrifying Kidnapping in Somalia - Magazine Photographed by Norman Jean Roy, Vogue, September 2013 Kidnapped in Somalia, Amanda Lindhout spent fifteen months in terrifying captivity. Only after meeting journalist Sara Corbett did she feel ready to tell her story. Every life is made up of a series of decisions—good ones, bad ones, opportunities of a lifetime, and those, in retrospect, that look extraordinarily ill considered. Five years ago, Amanda Lindhout, a struggling 27-year-old Canadian journalist hoping to make a name for herself, decided to visit Mogadishu, Somalia, a gorgeous wreck of a city perched on the Indian Ocean along Africa’s east coast. Once a sparkling jewel of the continent, Somalia had descended into lawlessness, with constant fighting by factions of Islamist militants and a fledgling government powerless to stem the violence.

The City that Ended Hunger A city in Brazil recruited local farmers to help do something U.S. cities have yet to do: end hunger. posted Feb 13, 2009 “To search for solutions to hunger means to act within the principle that the status of a citizen surpasses that of a mere consumer.”CITY OF BELO HORIZONTE, BRAZIL In writing Diet for a Small Planet, I learned one simple truth: Hunger is not caused by a scarcity of food but a scarcity of democracy. But that realization was only the beginning, for then I had to ask: What does a democracy look like that enables citizens to have a real voice in securing life’s essentials?

Funzine Sophie Howard, Daisy Watts, Stacey Massey & Leah Francis Reacties op “Sophie Howard, Daisy Watts, Stacey Massey & Leah Francis” Laura zegt: 15/04/2011 om 12:58 WOW chris zegt: 15/04/2011 om 18:13 WOW these chicks are so hot and have such nice “assets” adina zegt: 19/04/2011 om 14:01 Wow, ok its really sad to see that these girls have such low self respect, what a great example to set for other young ladies with self esteam issues. “If you don’t feel right about yourself, take your cloths off and everyone will pay attention to you” way to go ladies! City ends reserved soccer at Mission Playground after Dropbox flap The San Francisco Recreation and Park Department has decided to end reserved adult play at Mission Playground — the site of a video-recorded confrontation between tech workers and locals that went viral — after meeting with a group of neighborhood kids on Wednesday, according to department director Phil Ginsburg. Ginsburg said park officials met with a combination of kids and youth soccer advocates and came to the conclusion that, in this instance, the need for unstructured play on weekday evenings outweighed the desire to accommodate adults. “The most compelling suggestions came from the kids who said, ‘This is a safe place we can come and play and we feel like we need more time,’” said Ginsburg.