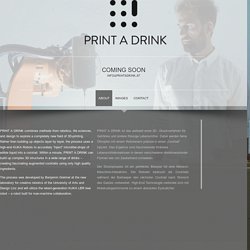 Rather than building up objects layer by layer, the process uses a high-end KUKA Robots to accurately “inject” microliter-drops of edible liquid into a cocktail. Within a minute, PRINT A DRINK can build up complex 3D structures in a wide range of drinks – creating fascinating augmented cocktails using only high quality ingredients. Gert bullee. Heike brachlow. Heike brachlow. Heike brachlow. Romain Langlois , sculpteur , bronze , calcite. De-dimension _ From 2D to 3D. The history of the image has always aligned with the history of the human race. 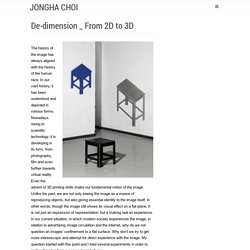 In our vast history, it has been understood and depicted in various forms. Nowadays, owing to scientific technology, it is developing in its form, from photography, film and even further towards virtual reality. Even the advent of 3D printing skills shake our fundamental notion of the image. Unlike the past, we are not only seeing the image as a means of reproducing objects, but also giving essential identity to the image itself. In other words, though the image still shows its visual effect on a flat plane, it is not just an expression of representation, but a making real an experience. 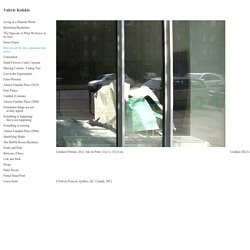 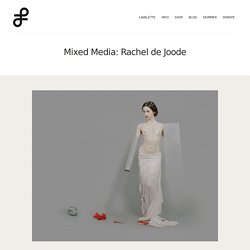 Using material representations to explore social and cultural structures, she investigates the relationship between man and object, the contemporary and the historical, with a playful anthropological bent. de Joode is founder and art-director of Meta Magazine, as well founder and curator of the art auction house de Joode & Kamutzki. Le Refuge. Esprit Nouveau n°9. Jim Hodges’ Buoyant Monoliths: The Walker’s Newest Outdoor Commission — Magazine. On one of my frequent visits to Jim Hodges' studio last year to work on the Walker’s 2014 survey exhibition, a drawing pinned to the wall drew my attention—the first sketch for a monumental work that’s coming to the Walker this spring. 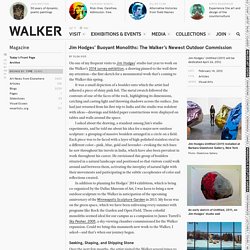 It was a small depiction of a boulder onto which the artist had adhered a piece of shiny pink foil. The metal swatch followed the contours of one of the faces of the rock, highlighting its dimensions, catching and casting light and throwing shadows across the surface. Jim had just returned from his first trip to India and the studio was redolent with ideas—drawings and folded paper constructions were displayed on tables and walls around the space. I asked about the drawing, a standout among Jim’s studio experiments, and he told me about his idea for a major new outdoor sculpture: a grouping of massive boulders arranged in a circle on a field.

Over the next few months, the artist visited the Walker several times to study the campus. Then came shipping. Colorless, Odorless and Tasteless (2011) < Eva and Franco Mattes. Arcade game modified to fit an engine that emits carbon monoxide as the player accelerates Exhibition view, Carroll/Fletcher, London. 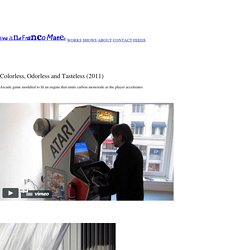 Www.alicjakwade. VVORK. »The Real Thing« is an installation to filter Coca-Cola into clean drinking water. 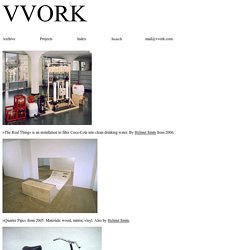 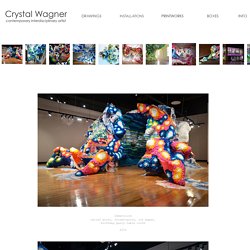 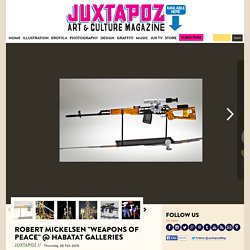 "As long as humans have been on the planet, they have made weapons. And as long as humans have made weapons, they have made art. Human weapons have always had an element of art in them. The question is why? Why make an object designed to kill beautiful? Could it be that humankind’s historic propensity for conflict is balanced by an equal propensity to art and beauty? I am not a “gun” person. 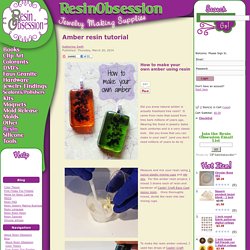 It came from resin that oozed from tree bark millions of years ago. Wearing the fossil in jewelry dates back centuries and is a very classic look. Did you know that you can make in your own? (and you don't need millions of years to do it) Measure and mix your resin using 1 ounce plastic mixing cups and stir stix. To make the resin amber colored, I used two drops of Castin' Craft transparent amber dye in the left cup and one drop of amber and one drop of Castin' Craft transparent green dye in the right cup.