Gender dysphoria in adolescence: current perspectives. The new ideology of gender fluidity - Professor John Whitehall. Some basic questions about sex and gender for progressives – Rebecca Reilly-Cooper. Transgender rules for English schools face a backlash from women - A new gender agenda. THE ONGOING struggle within Western civilisation over who is a boy and who is a girl took another small twist in September with the leak of new guidelines for English and Welsh schools regarding transgender pupils. 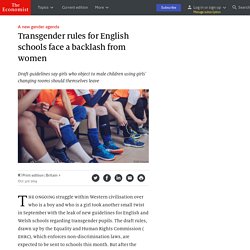 The draft rules, drawn up by the Equality and Human Rights Commission (EHRC), which enforces non-discrimination laws, are expected to be sent to schools this month. But after the Scottish government cancelled similar guidelines in June, activists in England have launched a campaign to halt the EHRC’s new guidance, saying that it would put girls at risk. Under the new framework, schools would be advised and sometimes required to open up areas of school life that have until now been separated by sex to those who identify with that gender.

So a male child who identifies as a girl could be allowed to use girls’ changing rooms, or be admitted to an all-girls school. Caster Semenya is a victim of rules that are confusing and unfair. Should women with naturally elevated levels of testosterone be able to compete in women’s events? 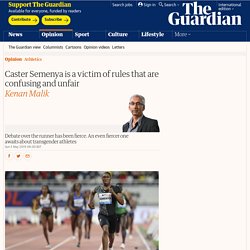 That’s the question with which athletics has been grappling over the past decade. Last week, the Court of Arbitration for Sport (Cas), international sport’s highest court, ruled that such athletes could be banned unless they took medication to reduce their testosterone levels. The Cas case had been brought by Caster Semenya, the South African Olympic champion, who, after winning her stunning 30th consecutive 800m victory in Doha on Friday, insisted that she would carry on racing in middle distance events, but would not take testosterone-reducing medication.

From the moment she burst on to the international stage a decade ago, questions were raised about her sex. Semenya is hyperandrogenic – she has a much higher level of testosterone than most women. Is fair play in running more important than fairness to Caster Semenya as a human? When she was a girl, growing up in rural South Africa, the runner Caster Semenya would sometimes face a humiliating ritual before a race. 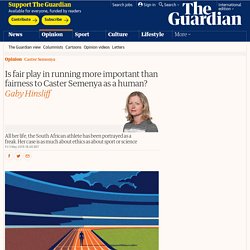 She grew accustomed, her coaches once said, to having to retreat to the bathroom with a member of a suspicious rival athletics team and physically show them that she was not a boy. Sport can help to clarify the trans debate. Sport is often dismissed as mere entertainment, but it is where some of the most serious matters play out, from geopolitical relations to international PR. 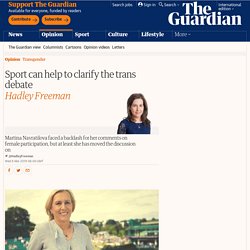 So it’s apt that sport would turn out to be the rock upon which the now long-running arguments about gender should finally crash open. Two weeks ago Martina Navratilova, one of the greatest athletes of all time, leaped into the notoriously feverish gender debate and wrote that self-identified trans women should not have an automatic right to compete in women’s sports because they have unfair advantages from having been born male. Why Can’t a Woman be More Like a Man? A fascinating paper about sex differences in the human brain was published last week in the scientific journal Cerebral Cortex. 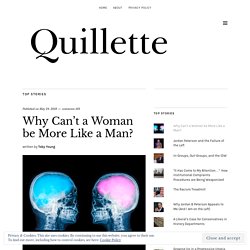 It’s the largest single-sample study of structural and functional sex differences in the human brain ever undertaken, involving over 5,000 participants (2,466 male and 2,750 female). The study has been attracting attention for more than a year (see this preview in Science, for instance), but only now has it been published in a peer-reviewed journal. For those who believe that gender is a social construct, and there are no differences between men and women’s brains, this paper is something of a reality check. The team of researchers from Edinburgh University, led by Stuart Ritchie, author of Intelligence: All That Matters, found that men’s brains are generally larger in volume and surface area, while women’s brains, on average, have thicker cortices.

Does this paper have any implications when it comes to men and women’s intellectual abilities? Theguardian. In Barrow, Thirsty Thursday wasn’t as billed. 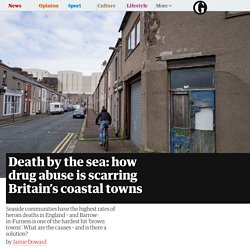 Traditionally it’s the night when the thousands of employees working in the town’s cavernous warehouses where the next generation of Britain’s nuclear submarines are being built, hit the pubs. But last Thursday the Cumbrian coastal town seemed preternaturally quiet. By 6pm there were more seagulls than people in the town centre. A couple of restaurants were doing a lively trade, thanks to special happy-hour offers, but most were empty. Scores of boarded-up shops and “to let” signs suggested Barrow had seen better times. The term 'LGBTI' confuses desire, behaviour and identity – it's time for a rethink. The rise of sexually transmissible diseases made front-page news in The Age, which tried to make sense of the rise among “gay men” and “heterosexual people”. 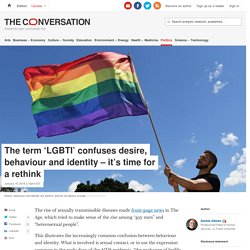 This illustrates the increasingly common confusion between behaviour and identity. What is involved is sexual contact, or to use the expression common in the early days of the AIDS epidemic, “the exchange of bodily fluids”. Whether people involved have a particular identity, as the words used in the report suggest, is irrelevant. Desire, behaviour and identity are distinct, and they do not always overlap. Someone who is celibate may also have strong sexual desires or even a particular sexual identity; someone may identify as heterosexual but have homosexual experiences; most people will have sexual desires that are not necessarily acted out in practice. Freud knew this, even as he constructed elaborate explanations for how our sexual beings are created. At a recent conference, one speaker declared himself “a proud LGBTI person”. 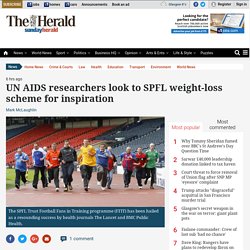 The United Nations has hailed an SPFL Trust campaign which has helped hundreds of fans lose weight them as an exemplar of how to encourage men to monitor their health. The Joint United Nations Programme on HIV and AIDS (UNAIDS) warns that men are less likely to access HIV treatment and more likely to die of AIDS-related illnesses, in a report released on World Aids Day on Thursday. Women create their own village where men aren't allowed. Men still confused why women left them. □□‍♂️ Means and ends - a blog by our Chief Officer, Jon Rouse - Taking Charge Taking Charge. 5th July 2017 Aneurin Bevan said that ‘No society can legitimately call itself civilised if a sick person is denied medical aid because of lack of means.’ 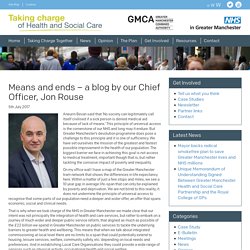 This principle of universal access is the cornerstone of our NHS and long may it endure. But Greater Manchester’s devolution programme does pose a challenge to this principle and it is one of sufficiency. We have set ourselves the mission of the greatest and fastest possible improvement in the health of our population. The biggest barrier we face in achieving this goal is not access to medical treatment, important though that is, but rather tackling the corrosive impact of poverty and inequality. International Day of the Girl: how inequality starts before birth – video. Gender, health and the Sustainable Development Goals. Blog: Violet Shivutse: applying the principles of farming to grow a network of caregivers in Kenya. A new report from UN Women, Progress of the World’s Women 2015-2016: Transforming Economies, Realizing Rights, calls for radical reforms to the global policy agenda thinking which will transform economies and make women’s rights and equality a reality. 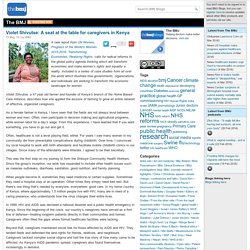 The countries where it's worst to grow up as a girl. Ahead of International Women's Day an annual report has revealed the hardest countries in which to grow up female, finding the index is topped predominately by African countries. The Poverty is Sexist 2016 report by ONE, released Monday, compiled data from 166 countries to rank opportunity around the world. The report index takes into account statistics across a range of subjects, including GDP per capita, school attendance by girls, access to bank accounts, the proportion of women in a paid job relative to men, the likelihood of death during childbirth, political representation by women and prevalence of anaemia among women.

The results found that the 20 toughest countries to be born a girl, are among the poorest - 18 are classified by the United Nations as 'Least Developed Countries', while 13 are on the World Bank’s list of ‘Fragile Situations’. Niger was the hardest country for young women, followed by Somalia and Mali. Newspaper article: Indian sex workers are a shining example of women's empowerment. When the multi-country research programme that I direct, Pathways of Women's Empowerment, began its search for inspiring examples of empowerment, in 2006, few might have imagined it would take us to a collective of sex workers in a town in the heart of Maharashtra in India.

But the stories of empowerment I heard when I visited the Sangli headquarters of the Vamp collective not only summed up some of the most important lessons we were learning in the programme about what works to support women's empowerment, they were also among the most impressive. The Power of the Collective from Katrina Mansoor on Vimeo. "If I'd been married, I would have been HIV positive by now," says one of Vamp's stalwarts, Shabana, reflecting that married women are far more vulnerable than she is as a sex worker, unable to insist on condoms with their husbands as she does with her clients.

YouTube video: Beads of Bondage. Podcast: gender equality and global development. Gender inequality remains one of the top development challenges of the 21st century. Women and girls continue to fare worse across many headline development indicators - from poverty and health to education and political participation. Article: The many faces of gender inequality (Sen, 2001) Article: Gendercide: The worldwide war on baby girls. XINRAN XUE, a Chinese writer, describes visiting a peasant family in the Yimeng area of Shandong province. The wife was giving birth. Article: Preventing HIV Infection in Women: A global Health Imperative.