How The Attachment Parenting Debate Ignores Women of Color. Discussions about breast-feeding and baby wearing as the latest fads ignore that these practices are the norm for women of color worldwide, says Hope Wabuke. 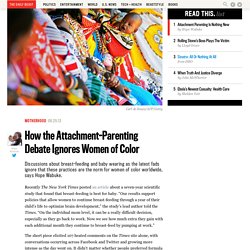 Recently The New York Times posted an article about a seven-year scientific study that found that breast-feeding is best for baby. “Our results support policies that allow women to continue breast-feeding through a year of their child’s life to optimize brain development,” the study’s lead author told the Times. “On the individual mom level, it can be a really difficult decision, especially as they go back to work. Now we see how much extra they gain with each additional month they continue to breast-feed by pumping at work.” 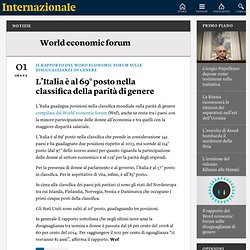 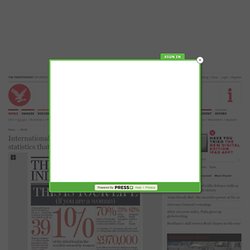 This was before women had the vote, before women could legally terminate a pregnancy. In the UK, it was only ten years since a married woman could legally own her own property, rather than be property herself. Marie Curie was yet to become the first woman to win the Nobel Prize. An Ode to Women Who Are Difficult to Love. “…and you tried to change didn’t you? 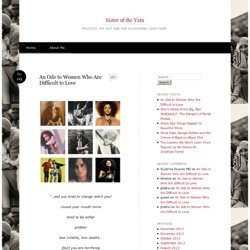 Closed your mouth more tried to be softer prettier less volatile, less awake… [but] you are terrifying and strange and beautiful. Lo stato delle donne. Places Breastfeeding's Been Banned. When new moms return to work, one of their biggest concerns is finding a safe space to pump. 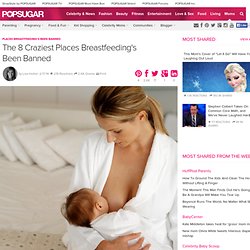 Although the break time for nursing mothers requirement in the Patient Protection and Affordable Care Act requires employers to provide a proper place for breastfeeding moms, they don't always abide. Bobbi Bockoras, a mother and employee at Saint Gobain Verallia, a glass jar factory, learned this the hard way when she was forced to pump in an old locker room filled with dirt and dead bugs. While the incident was a humiliating and degrading one for Bockoras, she's using her experience to champion the rights of other breastfeeding moms by sharing her story on the American Civil Liberties Union's website. As she simply, and accurately, puts it on the ACLU site, "no woman should have to go through what I did simply to do what's best for her baby. " #8marzodellebambine: il cartoon UNICEF.

See The 5 Kick-Ass Women This Mom Dressed Her Daughter As Instead Of A Disney Princess. Photographer and mother Jaime Moore searched high and low for creative inspiration to take photos of her 5-year-old daughter Emma but found most of the ideas were how to dress your little girl like a Disney princess. 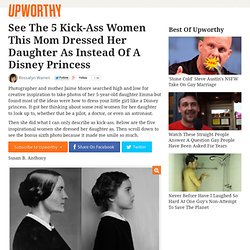 It got her thinking about some real women for her daughter to look up to, whether that be a pilot, a doctor, or even an astronaut. Then she did what I can only describe as kick-ass. Below are the five inspirational women she dressed her daughter as. Then scroll down to see the bonus sixth photo because it made me smile so much. Susan B. Click image to Zoom Coco Chanel Amelia Earhart Helen Keller Jane Goodall The photographer's daughter, Emma. Mom channels iconic heroines in daughter’s photo shoot  Jaime C. 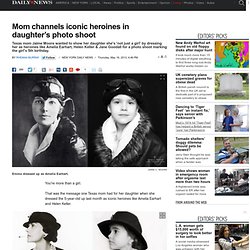 Moore Emma dressed up as Amelia Earhart. You're more than a girl. That was the message one Texas mom had for her daughter when she dressed the 5-year-old up last month as iconic heroines like Amelia Earhart and Helen Keller. Jaime C. Moore Dressed in classic black, Emma channels Coco Chanel. Photographer Jaime Moore has nothing against princesses, she said, but eschewed the popular Disney-themed photo shoots to encourage her daughter, Emma, to look up to real, strong women. Jaime C. “My daughter wasn’t born into royalty, but she was born into a country where she can now vote, become a doctor, a pilot, an astronaut, or even president if she wants and that’s what really matters,” the Austin-based shutterbug wrote on her website.