Think Orlando Was The First Massacre At A Gay Bar? Think Again. By Dan Avery 6/14/2016 News of the massacre at Pulse nightclub in Orlando was devastating—but, sadly, it was hardly the first time our community has been attacked in what is usually considered a safe haven. 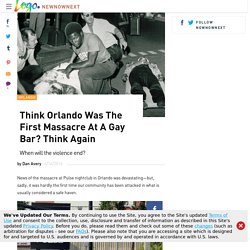 As President Obama said “the place where they were attacked is more than a nightclub— it is a place of solidarity and empowerment where people have come together to raise awareness, to speak their minds, and to advocate for their civil rights.” Sadly, our enemies know that all too well. Below, we look back on several previous attacks on gay bars and nightclubs. Στο Πακιστάν η εκδίκηση φοράει μπούρκα και είναι cartoon! - Το ΜωβΤο Μωβ. Γράφει η Ιφιγένεια Κοντού Ελιεύει η Σίλι Κοϊτσάνου Σούπερ – ηρωίδα Μια νέα super-ηρωίδα cartoon ντυμένη με μπούρκα έχει γίνει τα τελευταία δυο-τρία χρόνια, το ίνδαλμα των κοριτσιών στο Πακιστάν και όχι μόνο. 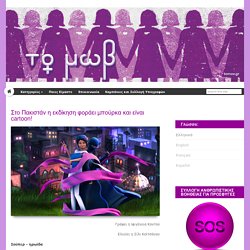 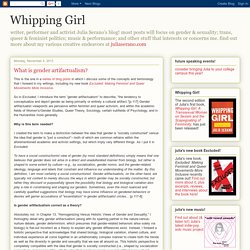 [p.117] Gender artifactualist viewpoints are pervasive within feminist and queer activism, and within the academic fields of Women’s/Gender Studies, Queer Theory, Sociology, certain subfields of Psychology, and in the Humanities more generally. I created the term to make a distinction between the idea that gender is “socially constructed” versus the idea that gender is “just a construct”—both of which are common refrains within the aforementioned academic and activist settings, but which imply very different things. As I put it in Excluded: Is gender artifactualism correct as a theory?

Absolutely not. Ο φεμινισμός μάχεται κατά της καταπίεσης, όπως ακριβώς και ο αντιρατσισμός! : Fylosykis.gr. Julia serano - Debunking Psychological Diagnoses and Theories about Transsexual and Transgender People. This page compiles all of my articles, essays, speeches, and other pieces that I have written related to, or which challenge, psychiatric, psychological & sexological theories and diagnoses regarding trans people.

If you were to only read one of these pieces, I highly suggest Psychology, Sexualization and Trans-Invalidations, which was a keynote talk I gave at the 2009 Philadelphia Trans-Health Conference. It provides an accessible & thorough overview of why certain psychological depictions of gender variance are both fundamentally flawed and potentially damaging to trans people’s lives. Many of the essays here discuss psychologist Ray Blanchard’s controversial theory of “autogynephilia.” The most thorough of these is entitled “The Case Against Autogynephilia”[PDF link], which appeared in the International Journal of Transgenderism. happy reading! Table of Contents: (in reverse chronological order - click the title link for each piece to be taken to full article) "Captive Genders": CeCe McDonald, Chelsea Manning and Others Map Road to Trans Liberation.

Captive Genders: Trans Embodiment and the Prison Industrial Complex (available to order with a donation to Truthout) brings together trans, queer and gender nonconforming views on police and prisons. 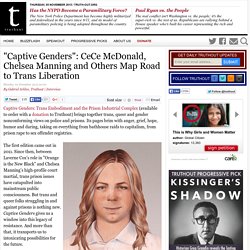 Its pages brim with anger, grief, hope, humor and daring, taking on everything from bathhouse raids to capitalism, from prison rape to sex offender registries. How Chelsea Manning sees herself. (Art: Alicia Neal / Chelsea Manning / Chelsea Manning Support Network)The first edition came out in 2011. Since then, between Laverne Cox's role in "Orange is the New Black" and Chelsea Manning's high-profile court martial, trans prison issues have catapulted into mainstream public consciousness. But trans and queer folks struggling in and against prisons is nothing new. For me, CeCe McDonald's foreword alone makes the second edition priceless. 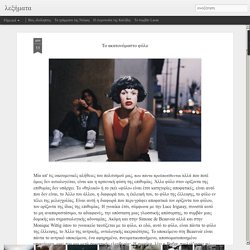 A video, published by BuzzFeed, features four intersex people discussing issues they’ve faced. Malta earlier this year became the first country to outlaw surgery on intersex babies. “My doctors always told me there was nobody else like me”. This touching video explores four intersex people, who all have different identities – but have all suffered from doctors trying to tell them how their bodies should be. Some were even forced to have surgery as children.

A Humorous Look at 21st Century Girls and Female Sexuality. “The Nu Project”: Women Show Their Bodies In Unretouched Photos To Question Beauty Standards (NSFW) By Maria Sofou Freelance photographers Matt Blum and his wife Katy Kessler have collaborated for the Nu Project, a concept launched in 2005 that has now become a series of books. 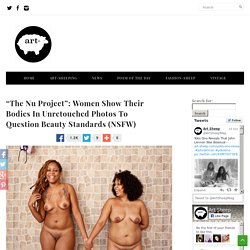 The Nu Project is filled with beautiful but most importantly honest photographs of women willing to show their bodies as they are. In the intimacy of their own homes, these women unhesitatingly unveil their bodies with no make-up on and only natural lighting on the background. Blum’s lens has given them the opportunity to challenge beauty standards all over the world and change the way women and girls see themselves. To date, over 250 women across North America, South America and Europe have participated in the project and their photographs are captivating: each one of them reveals a soul behind the flesh, each one of them reveals an inner personality that tells its own story.