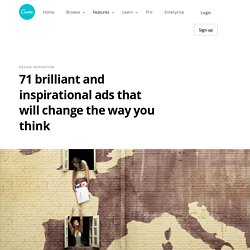 Finding the right elements to make your product or brand stand out in a sea of sell, sell, sell can be difficult to say the least. We’ve curated some of the best attention-grabbing campaigns to inspire you when you’re tasked with creating your own advertisements and marketing materials. Godart Raets \ Interstellar \\ codedoodl.es. Machine learning for creators.

Lg2 and Jam3 enjoy big night at ADCC - Lg2 was named Advertising Agency of the Year at Directions, the Advertising & Design Club of Canada’s annual awards show, in Toronto Thursday. 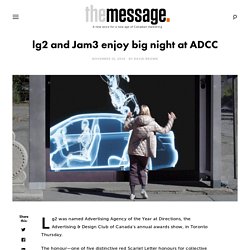 The honour—one of five distinctive red Scarlet Letter honours for collective achievement handed out by the ADCC—was based on the agency’s award haul across all categories, a tally that included six Golds for five different clients, along with nine Silver and 21 Bronze. Long considered one of the most prestigious shows in the Canadian creative industry, Directions celebrates creativity and design across eight different categories. 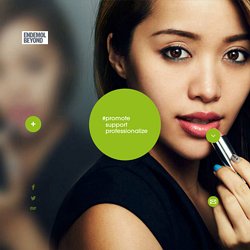 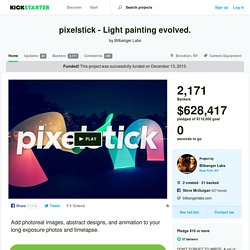 In 1889, artist Georges Demeny created the first known light painting photograph, “Pathological Walk From in Front”, by attaching incandescent bulbs to his assistant’s clothing and taking a long exposure. The technique was groundbreaking and became the touchstone for 125 years of unique and compelling works of art. Photographers have since added colored lights and performed deft physical feats to capture interesting images, but the technology involved has remained remarkably similar to what Demeny used in that first image. Until today. Pixelstick Takes Your Light Painting Photography To Whole New Level. Light painting, that thing photographers do where they use long exposure photography to capture light movement, makes for some seriously gorgeous photographs. 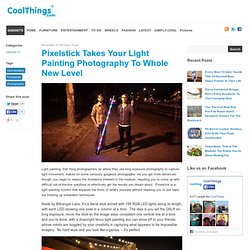 Launchpad Mini USB MIDI Controller. We've been big fans of Novation's Launchpad ever since it came out a few years back. 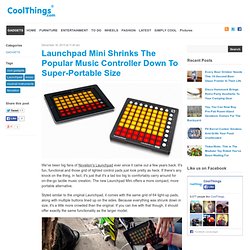 It's fun, functional and those grid of lighted control pads just look pretty as heck. If there's any knock on the thing, in fact, it's just that it's a tad too big to comfortably carry around for on-the-go tactile music creation. The new Launchpad Mini offers a more compact, more portable alternative. Styled similar to the original Launchpad, it comes with the same grid of 64 light-up pads, along with multiple buttons lined up on the sides. Goji Play Turns Cardio Machines Into Gaming Peripherals. Turning exercise into an entertaining game has been a fascination for many gadget and software manufacturers. 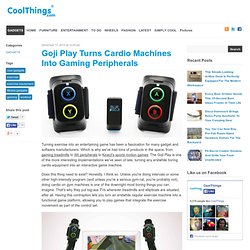 Which is why we've had tons of products in the space, from gaming treadmills to Wii peripherals to Kinect's sports motion games. The Goji Play is one of the more interesting implementations we've seen of late, turning any erstwhile boring cardio equipment into an interactive game machine. Does this thing need to exist? World's Fastest Rapper [Guinness Primetime] Sainsbury's Brings the Perfect Christmas to the Winning Street! Vyclone – friends, cameras, action. The Big Freeze 360 Player. GoPro Hero 3 Wifi connectivity with an iPhone - Setup demo. GoPro Hero 3 Black Super One Button Mode. For GoPro Hero 3 Black cameras For use with the Cam-Do.com Controllers The cam-do.com Time Lapse Controller, Programmable Scheduler and Motion Detector products for the GoPro Hero 3 Black cameras are designed to turn on the camera automatically for time lapse photography or under the control of an external trigger.

When the camera turns on, Super One Button Mode scripts can be executed to carry out one or more functions. The most common function is to simply take one photo, store it on the SD card, and turn off the camera as fast as possible. This allows the camera to run for days on the internal battery. The free Super One Button Mode scripts identified H3B only work with the Hero 3 Black camera and requires firmware version HD3.03.03.00, released July 29, 2013. There is a real possibility that a future GoPro firmware release will cause the scripts available on this page to not work.

Some script functions are possible with the Hero 3 White and Hero 3 Silver cameras. Check Firmware Version. Timeslice Films. Aussie photographers make bullet-time light-painting video. You may have seen plenty of examples of The Matrix-style bullet-time videos, which can provide a unique photographic view of the passing of time. 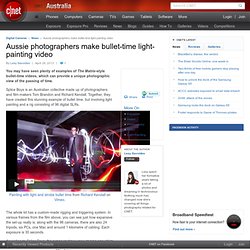 Land Rover in 360-degree bullet time. Painting with light and strobe bullet time. Check Out the Snapdragon Booth: A 130-Smartphone Matrix-Style Bullet Time Rig. In an attempt to show off just how powerful its Snapdragon 600 processors are, Qualcomm decided to go all Matrix on the people of Venice, CA and New York City. 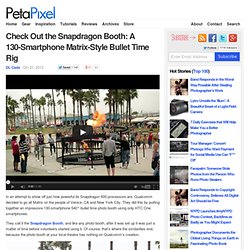 They did this by putting together an impressive 130-smartphone 540° bullet time photo booth using only HTC One smartphones. They call it the Snapdragon Booth, and like any photo booth, after it was set up it was just a matter of time before volunteers started using it. Of course, that’s where the similarities end, because the photo booth at your local theatre has nothing on Qualcomm’s creation.

The video at the top shows some of the shenanigans the Qualcomm folks got up to in Venice, CA. Snapdragon builds world’s first bullet time photo booth made from 130 HTC Ones. Back in 2000, the bullet-time special effect was all the rage. Made famous by the Matrix in 1999 and found in countless video games and music videos thereafter (Creed’s “Higher” comes to mind), the effect could best be described as a virtual camera that spins around a subject in slow motion.

Typically, this done during a kickass fight scene, gun action in mid-air, or anything else that considered “eXtreme” in ‘oo. Well, it looks like it’s making a comeback. To showcase the raw power of Qualcomm’s SoCs, the chipset maker built what they’re calling the Snapdragon Booth. REI 1440 Project - Celebrating every minute spent outside. Mitch Stratten Systems. Toshiba Timesculpture HD 1080p Crystal Castles Mitch Stratten. Frozen in 'bullet time' at Qualcomm's 130 HTC One slow-mo camera booth - Tech News. Remember the first time that you saw The Matrix?