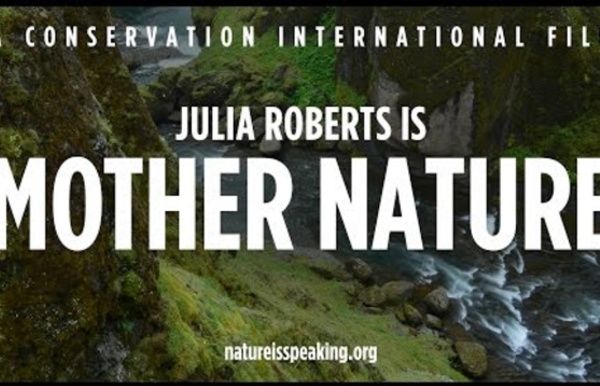 The Heroes Unit: Subunit 1 – Qualities of a Hero and the Heroic Journey – The... This is a mammoth of a blog post, so I am going to split it up into three parts for your viewing pleasure.This unit is on Heroes with three subunits – fictional heroes, modern day heroes and personal heroes. You can go through it in about 2 -3 months. Do me a favour. Ask your students who their heroes are. How many of them can answer that? I was quite shocked when not very many students could identify a hero in their life or even someone to look up to.

An Epochal Discovery: A Habitable Planet Orbits Our Neighboring Star One hundred and one years ago this October, a Scottish astronomer named Robert Innes pointed a camera at a grouping of stars near the Southern Cross, the defining feature of the night skies above his adopted Johannesburg. He was looking for a small companion to Alpha Centauri, our closest neighboring star system. Hunched over glass photographic plates, Innes teased out a signal. Across five years of images, a small, faint star moved, wiggling on the sky. Mom Abandons Her Baby, Now Watch What The Cameraman Does. UNBELIEVABLE! It all started one sunny spring morning, when a YouTube user named Darius watched two baby whitetail deer being born in his backyard. He noticed of the babies had an injured leg and struggled to keep up with Mom. Sadly, the baby’s mother and sibling abandoned him right there on Darius’ property. Knowing the baby would surely die on her own, the homeowner — and passionate animal lover — decided to take in the fragile fawn and nurse her back to health. “I do not support keeping wild animals as a pets, but this was special situation,” Darius said.

The Heroes Unit: Subunit 2 – Modern Day Heroes – The Canswedian English Teacher Subunit 2: Modern day Heroes The purpose with this assignment is forcing students to get outside of their own backyards and hopefully get a little inspiration. There are so many role models out there that students are not aware of. The next step in this heroes unit is talking about present day heroes. I have four biographies I use: Malala, Aung San Sun Kyi, Mandela and Terry Fox. They are modern day badasses in my opinion.

Designers Create Vegan Cashmere Made From Tofu KD New York a dance wear apparel company has launched a Kickstarter campaign to fund their new vegan cashmere made from the leftover soybean fiber created during tofu production. Vegan cashmere is sustainable since it’s made from a normally disposed of by product, flexible, has anti bacterial properties, is machine washable, has “superior drape and breathability”, biodegradable and most importantly cruelty free. The new vegan cashmere collection will feature 13 pieces including hoodies, camisoles, shawls, leg warmers, and leggings. David Lee co founder said in a post: “We launched this campaign on Kickstarter so we can remain independent, and reach a community that believes in true sustainability and innovation, we passed our target with about 6 hours to go.

Your Favorite Housewares Are Spewing Poison Dust Inside Your Home People buy the nicest homes they can afford. They spend years—sometimes decades—pouring money into nest-feathering by stocking up on creature comforts. It’s no wonder we spend 90 percent of our lives indoors. Like George Carlin said, it’s where all our stuff is. Furniture. Shower curtains. In The 1950s, Wives Were Expected To Do THIS For Their Husbands. This Is Crazy?!? It’s so fascinating to learn about how people used to live — especially when we discover that not much has really changed. However, sometimes you come across some old traditions that you simply can’t believe people ever followed — like these odd dating rituals throughout history. But what women in the 1950s were expected to do for their husbands? Well, those traditions have certainly flown right out the window! In May of 1955, Housekeeping Monthly published an article entitled, “The Good Wife’s Guide,” detailing all the ways that a wife should act and how best she can be a partner to her husband and a mother to her children.

Hero Subunit 3: Three Paragraph Essay on a Personal Hero – The Canswedian Eng... Subunit 3: Three paragraph essay on a personal hero. Ask the students to think about their personal hero, or someone they look up to. It could be a family member, singer, someone from history, whoever…It is mindblowing how many will say they don’t know. If they don’t have one – they can research. I showed a few people The White Helmets from Syria for example. One girl thought about her grandmother who was battling cancer.

Pacific Islanders appear to be carrying the DNA of an unknown human species Hints of an unidentified, extinct human species have been found in the DNA of modern Melanesians - those living in a region of the South Pacific, northeast of Australia. According to new genetic modelling, the species is unlikely to be Neanderthal or Denisovan - two ancient species that are represented in the fossil record - but could represent a third, unknown human relative that has so far eluded archaeologists. "We’re missing a population, or we’re misunderstanding something about the relationships," Ryan Bohlender, a statistical geneticist from the University of Texas, told Tina Hesman Saey at Science News. Bohlender and his team have been investigating the percentages of extinct hominid DNA that modern humans still carry today, and say they’ve found discrepancies in previous analyses that suggest our mingling with Neanderthals and Denisovans isn’t the whole story. And that’s not all they’ve given us. As Hesman Saey explains for Science News:

And the Oscar goes to… This is a ready-made, video-based lesson you can use with your upper-intermediate / advanced students. Copy and paste whatever you want, to your heart’s content! It’s yours to use. The activities have never been tested, so any feedback is most welcome. A Discuss 1-6 in pairs. Any surprising answers? Summer Fun: Ecosystem Edition This is not my idea, but I know a good one when I see it, and I had to tuck this away to do this summer with the kids. Some kids at one of our schools did something similar for a science project, and then my friend Michelle, over at Scribbit, detailed the project when she did it with her children up in Alaska. That being said, so that I take no credit whatsoever, this is a really, really cool thing to do with your kids, young and old. Even my sixteen year old daughter was completely engaged for the hours we spent.

Ross Sea Designated as World’s Largest Marine Protected Area Today’s closing of the Commission for the Conservation of Antarctic Marine Living Resources (CCAMLR) meeting made history by declaring the largest marine protected area on the planet in Antarctica’s Ross Sea. This marks the first time that CCAMLR’s 24 member countries and the European Union reached consensus to protect this huge area of the Southern Ocean after similar proposals were blocked for the past five years. The 1.55 million square kilometer marine protected area will provide critical habitat, including breeding and foraging grounds, for a multitude of penguins, seals, krill, whales, and other species. It will also implement crucial policies needed to guide human activities such as fishing, shipping, and tourism, safeguarding this region, one of the last pristine oceans left on Earth.

Child Grows up With 2 Gorillas. 12 Years Later, They Reunite In The Wild. I’m Speechless. For 15 years, conservationist Damian Aspinall has been working to reintroduce captive gorillas to the wild. In 2003, Damian released Djalta and Bimms — two western lowland gorillas he raised from when they were babies — into the forests of West Africa. Over the years, Damian revisited the pair of gorillas, but his daughter Tansy hadn’t seen them in 12 years. So, in 2014, Damian brought Tansy into the wild to try and find Djalta and Bimms. He wasn’t sure if they would remember Tansy, the once little girl who was raised right alongside her gorilla friends. “I was considering whether it was safe for Tansy to come on land and see Djalta and Bimms,” Damian says in the following video.