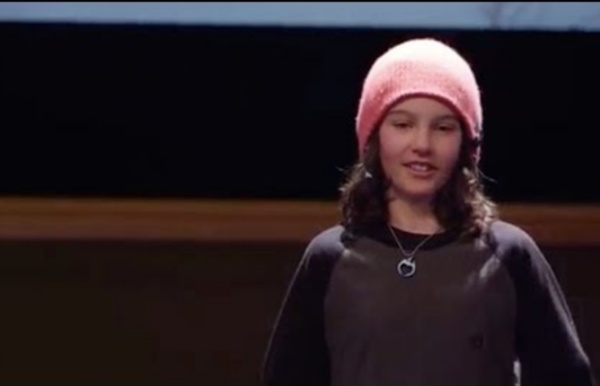 The world is yours: Kids take the lead in the climate fight The world might be headed to hell in a plastic basket of coal, but like Bob Marley said, you can’t blame the youth. In fact, the youth are rising up to make sure that nobody ever tries to pin this on them. Organizers and politicians like to use literal poster children as a way to pull on heartstrings when reaching policy impasses. But kids today are taking the climate change fight into their own hands, refusing the role of mere victim and collateral damage, as we’re seeing at the local level in Baltimore, and also on the national stage. Who Owns the Future? by Jaron Lanier – review Jaron Lanier, groundbreaking computer scientist and infectious optimist, is concerned that we are not making the most of ourselves. In Who Owns the Future? he tellingly questions the trajectory of economic value in the information age, and argues that there has been a fundamental misstep in how capitalism has gone digital. For Lanier, late capitalism is not so much exhausted as humiliating: in an automated world, information is more important to the economy than manual labour, and yet we are expected to surrender information generated by or about ourselves – a valuable resource – for free. Information here is a broad term for any conscious intellectual, artistic, or pragmatic contribution to the production of goods, services and cultural output, but it also includes the data that we unconsciously radiate simply by exhibiting certain behavioural and consumer traits. Lanier's project is to foresee how livelihoods might be better sustained in a world in which information is king.

ucation Resources Information Center NotesFAQContact Us Collection Thesaurus AdvancedSearch Tips Privacy | Copyright | Contact Us | Selection Policy | API Where Children Sleep photographs from around the world Photographer James Mollison travelled around the world to capture children's bedrooms The project, Where Children Sleep is set to highlight children's rights across the globeChildren, and their bedrooms, come from all over the world, from China to the U.S. to Brazil By Sara Malm Published: 10:30 GMT, 3 April 2014 | Updated: 14:43 GMT, 3 April 2014 The difference between east and west, rich and poor becomes stark when looking at how our children sleep at night. How to Release the Stress stored in our Bodies Do you spend much time sitting in front of a computer, on a plane, in a car? If so your hips may be locked up which effects your ability to dance, but worse than that it may be causing you undue stress and fear. The Psoas Muscle, is a long muscle located on the side of the lumbar region of the vertebral column and brim of the pelvis, that is also known as the “muscle of the soul”.

Navajo Teen Harnesses Solar Energy, Wins An Award (VIDEO) Teen scientist harnesses sun power to help Navajo community New Mexico teen Raquel Redshirt uses everyday materials and the sun to build solar ovens, fulfilling a Navajo community need and winning an award at the Intel ISEF competition. Growing up on New Mexico’s Navajo Nation, Raquel Redshirt was well aware of the needs of her community. Many of her impoverished neighbors lacked basics such as electricity, as well as stoves and ovens to cook food. The 7 Powerful Idea Shifts In Learning Today by Terry Heick, TeachThought.com : Shift_Learning: The 7 Most Powerful Idea Shifts In Learning Today So we’re taking a stand here. This is all incredibly subjective, but so are the VH1 Top 100 Hair Bands Videos and those are fun, am I right? So subjective it is. Let’s make a list.

New Opportunity to Join the Zapatista Freedom School A few days ago, Zapatista Subcomandante Moises sent a communiqué with updates about the upcoming Zapatista Freedom School, to be held from August 12-16 in the Zapatista Autonomous Communities (“caracoles”, which is the Spanish name of “snails’ conchs” referring to the spiral of History). A total of 1,700 students from across all the continents will be attending, from South Africa to Canada, as far away to Brazil or Germany. Due to the high demand, new School cycles will be opened in December. To the ones who cannot travel to Chiapas, the Freedom School Workshops will be globally broadcasted by their special team of Zapatista sisters and brothers of independent media who will be responding your questions via “chat”, but you must have an invitation and a key number.

ESL Interactive Fun Games for Classroom Practice ESL Powerpoint (PPT) Games If you are the type of person who prefers to have games on powerpoint or as printable handouts, we have been thinking of you. We offer board games, powerpoint games and more for the classroom and one to one teaching. They have made my lessons fun and I have no doubt yours will be fun too. Added to the good news are the templates we offer that you can use to create customized games for your classroom and teaching. It is total fun and highly engaging fun lessons with these resources.

Adrenal Fatigue—And What to Do About It goop Wellness WHY AM I SO EFFING TIRED? goop, $90 Though by no means in the mainstream, conversations about adrenals—and incipient “adrenal fatigue”—have been coming up more and more. Flat out: Everyone is exhausted, and this tapped out function is one of the reasons why. Rachel Parent Debates Kevin O'Leary About GMOs (VIDEO) Anti-GMO activist Rachel Parent got in a spirited debate with Kevin O'Leary on CBC's "The Lang And O'Leary Exchange" Wednesday night. Parent, who scored the debate after a speech she gave critical of O'Leary's comments about GMOs was featured on HuffPost Canada, argued genetically-modified foods should be labelled in Canada and the United States. Europe, Japan, Australia and other nations require GMO labels, but Canada and the U.S. do not. O'Leary was quick to suggest Parent is essentially operating as a lobbyist for anti-GMO groups and said changes to the DNA of crops will save lives. "Let's say you weren't as lucky as you are, you were born in an Asian country, you're 14 years old, your only food was rice that had no Vitamin A in it, you're going blind and then you died," O'Leary said.

The Zapatistas' first school opens for session Yesterday, 1,700 students from around the world enrolled in the first Zapatistas school, held at the University of the People’s Land of Chiapas. (WNV/Moysés Zúñiga Santiago) Last December, tens of thousands of indigenous Zapatistas mobilized, peacefully and in complete silence, to occupy five municipal government office buildings in the state of Chiapas, Mexico.