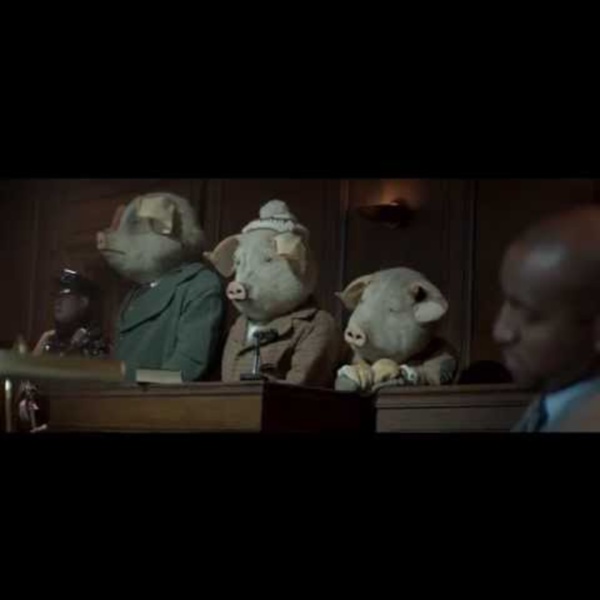 Video for the English classroom For the language teacher, YouTube may be nothing less than one of the best sources of material the classroom has ever seen. In this article, I would like to share 12 clips that I have used in my own classroom. I hope that each clip will be representative of a type of video that may be of particular interest to language teachers. Yoga - with dogs It started in the US, when a growing band of health-conscious dog owners wanted a way of combining their favourite exercise with spending quality time with their pets. Now 'Doga' - yoga with dogs - is growing in popularity in the UK, mainly thanks to the efforts of Swiss-born yoga teacher Mahny Djahanguiri. She runs classes in London for people and their pets, and while the dogs do not really get a yoga workout themselves, they certainly play a part in some of the poses. A spokesperson from the Dogs Trust said: "It is important to remember that dogs can't tell us when they have had enough. Doga, and any variation of it, should always be carried out under the watchful eye of trained professionals."

Who Owns the Media? Broadcasters make billions in profits while using the public airwaves for free. In return, they are supposed to provide programming that fulfills community needs. Instead, lobbyists have successfully fought to make it easier for broadcast companies to gobble up even more free airspace while doing less to serve the public. Take Action to end the big broadcast swindle. 2011 Revenue: $6.2 billion Company Overview: These private equity firms own Clear Channel, the largest radio station owner in the country.

Forget John Lewis, this is the saddest Christmas ad you'll ever see Handkerchiefs at the ready: the German supermarket chain Edeka has aired a Christmas ad that could top John Lewis’s “Man on the Moon” as this season’s biggest tear-jerker. In the ad, which has been viewed on YouTube almost 10m times, a lonely old man comes up with drastic measures to bring his family together: he fakes his own death. It starts with the man, played by British actor Arthur Nightingale, receiving a voicemail from his daughter telling him that, once again, the family won’t make it home for Christmas.

Shakespeare Solos: watch the first six films Adrian Lester, Hamlet ‘To be or not to be’ Adrian Lester performs Hamlet’s soliloquy from act III, scene 1, in which the prince reflects on mortality and considers taking his own life. Joanna Vanderham, Romeo and Juliet ‘The mask of night is on my face’ Examples of Media Bias May 2016 5/25/2016 - U.S. Hits Record: 127 Months Since Major Hurricane - CNS News 5/18/2016 - CNN report on Syrian Christians 5/11/2016 - Of Course Facebook Is Biased 5/4/2016 - Broadcast Networks Skip Weak Economic Growth?

The Story of Bottled Water - The Story of Stuff Project The Story of Bottled Water, released on March 22, 2010 (World Water Day), employs the Story of Stuff style to tell the story of manufactured demand—how you get Americans to buy more than half a billion bottles of water every week when it already flows virtually free from the tap. Over five minutes, the film explores the bottled water industry’s attacks on tap water and its use of seductive, environmental-themed advertising to cover up the mountains of plastic waste it produces. The film concludes with a call for viewers to make a personal commitment to avoid bottled water and support public investment in clean, available tap water for all.

A List of Deadly Terrorist Attacks on U.S. Diplomatic Targets Under President George W. Bush, 2001-2009 Here is a chronology of the deadly terrorist attacks on United States embassies, consulates and traveling U.S. personnel during the presidency of George W. Bush. The list below does not include foiled attacks or those that did not result in fatalities (other than those of the attackers). The Image Hollywood Created of Africa After viewing Mama Hope's video, "Alex Presents Commando," Gabriel, Benard, Brian and Derrik (the Kenyan men in this video) told us they wanted to make one that pokes fun at the way African men are portrayed in Hollywood films. They said, "If people believed only what they saw in movies, they would think we are all warlords who love violence." They, like Mama Hope, are tired of the over-sensationalized, one-dimensional depictions of African men and the white savior messaging that permeates our media. They wanted to tell their own stories instead, so we handed them the mic and they made this video.

Behind the scenes with a performer in Boston's Blue Man Group One of the signature characteristics of the “Blue Men” performing in the Blue Man Group show, a theatrical performance including music, technology, comedy, and art, is total anonymity. When the three stars of each show don their “bald and blue” — skullcaps and bright azure greasepaint — the actors become virtually unrecognizable. They grow quieter, smile less, and appear to experience each earthly sensation anew.

Free Resources Close If you are trying to view the videos from inside a school or university, your IT admin may need to enable streaming on your network. Please see the Internet Filtering section of our Technical Requirements page. Lyle Blaker Update Required To play the media you will need to either update your browser to a recent version or update your Flash plugin. Highlights Male; Voice age range 20-35, General American Accent, excellent at long form narrative and conversational corporate narration. I can also be just your average joe shopping at the super market. The following is a list of just a few of the clients that I have had over the past year.