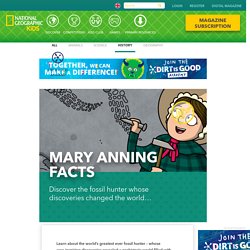 Mary Anning was born in the seaside town of Lyme Regis, Dorset, UK, in 1799. Although her parents had ten children, only Mary and her brother Joseph lived to adulthood. It’s said Mary had a lucky escape when she was a baby. The lady holding her was struck by lightning. Miraculously, little Mary survived. Mary’s father didn’t earn much in his job as a cabinet maker, so he boosted the family’s earnings by looking for fossils (known as ‘curiosities‘ back then) at the beach and selling them to holidaymakers. After their father’s death in 1810, Mary and Joseph carried on fossil hunting, to support the family. Read about the school girl from Lyme Regis who’s campaigning for a statue of her hero, Mary Anning! Mary died in 1847. Anne Frank- classe 3 - Google Slides. Understand Goal 3: Good Health and Well-Being (Secondary) Take Action for the Sustainable Development Goals – United Nations Sustainable Development. 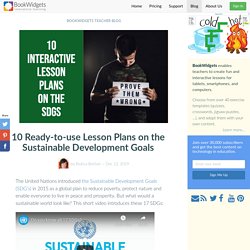 But what would a sustainable world look like? This short video introduces these 17 SDGs: These 17 goals of sustainable development should be achieved by the year 2030. That’s just 10 years from now. To achieve the goals, countries, companies, and citizens should all work together, and share the responsibility to spread the word about them. If you never heard of them before, it’s time to take action! 10 Lesson activities on the SDG’s 1. Start with the video you just saw, and show it to your students. 2. Let your students solve the jigsaw puzzle. 3. This flashcards exercise gives your students a clearer view of what particular goals mean. 4. If you’re not a fan of flashcards, you can always use this hotspot image and let your students discover the true meaning of all the SDGs. 5. 6. 7. 8. 9. 10. Wrap up. Nature Is Speaking – Penélope Cruz is Water. Nature Is Speaking: Lee Pace is Mountain. 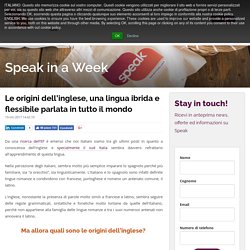 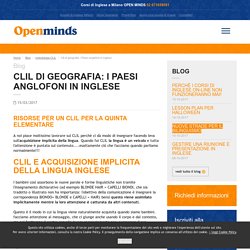 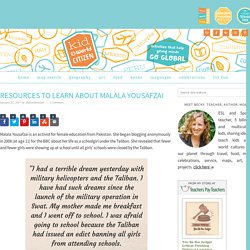 She began blogging anonymously in 2008 (at age 11) for the BBC about her life as a schoolgirl under the Taliban. She revealed that fewer and fewer girls were showing up at school until all girls’ schools were closed by the Taliban. Her father continued to speak against the Taliban, and in 2009 Malala’s identity was revealed and she appeared on TV to publicly advocate for education for all. In 2012, she further entered the international spotlight when the Taliban tried to kill her for speaking out. In 2014, at the age of 17, she became the youngest-ever Nobel Peace Prize laureate for her struggle for the right of all children (regardless of gender) to an education. He Named Me Malala, by National Geographic: this inspiring documentary tells the story Malala Yousafzai, with interviews, live footage, interspersed with an animated story of the Afghani folk hero that is her namesake.