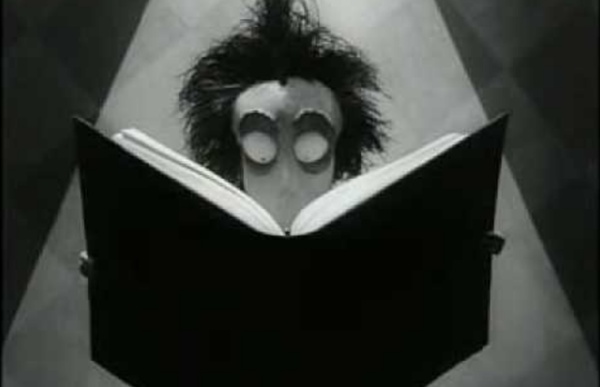 Yoga - with dogs It started in the US, when a growing band of health-conscious dog owners wanted a way of combining their favourite exercise with spending quality time with their pets. Now 'Doga' - yoga with dogs - is growing in popularity in the UK, mainly thanks to the efforts of Swiss-born yoga teacher Mahny Djahanguiri. She runs classes in London for people and their pets, and while the dogs do not really get a yoga workout themselves, they certainly play a part in some of the poses. A spokesperson from the Dogs Trust said: "It is important to remember that dogs can't tell us when they have had enough. Doga, and any variation of it, should always be carried out under the watchful eye of trained professionals." BBC News went along to find out more about about the activity.

LEAKED NASA DOCUMENT REVEALS CURRENTLY IMPLEMENTED PLAN TO ... COMMIT GENOCIDE On a MASSIVE SCALE... DOWNLOAD THIS NASA PDF NOW, BEFORE IT DISAPPEARS! FWIW, I HAVE IT! THE LINK HERE WORKS FOR NOW! USE IT. Comments comments Shakespeare Solos: watch the first six films Adrian Lester, Hamlet ‘To be or not to be’ Adrian Lester performs Hamlet’s soliloquy from act III, scene 1, in which the prince reflects on mortality and considers taking his own life. Joanna Vanderham, Romeo and Juliet ‘The mask of night is on my face’ Joanna Vanderham speaks Juliet’s monologue from the balcony scene in which she insists that her devotion to Romeo is true even if it has been a whirlwind romance.

Louis C.K.'s Explanation of Why He Hates Smartphones Is Sad, Brilliant Yes, or you can view it as he keeps his kids from having smartphones in lieu of actually taking an interest in how his kids interact with other kids...not looking over their shoulders 24/7, but just seeing how they treat others and teaching them to not bully other kids. You can give your kid a smartphone and still be a good parent. I think he's chosen to manage one aspect over another. I suppose he could manage and observe his kid's use of a phone and hover all their social interactions but has decided not to. There are drawbacks too hovering to much too. It's all about picking the battles.

The Story of Bottled Water - The Story of Stuff Project The Story of Bottled Water, released on March 22, 2010 (World Water Day), employs the Story of Stuff style to tell the story of manufactured demand—how you get Americans to buy more than half a billion bottles of water every week when it already flows virtually free from the tap. Over five minutes, the film explores the bottled water industry’s attacks on tap water and its use of seductive, environmental-themed advertising to cover up the mountains of plastic waste it produces. The film concludes with a call for viewers to make a personal commitment to avoid bottled water and support public investment in clean, available tap water for all. Credits

court métrage de notre intervenante, Sofia Gutman As a filmmaking focussed site, we’re all too often guilty of probing our directors on the technical details of their films at the expense of a considered exploration of the emotional impetus which fuelled their desire to tell the story in the first place. Today’s post from Sofia Gutman goes a way to redressing that balance by diving into the familial relationships which fuelled her deeply affecting Bezalel Academy graduation short Rehovot, which makes its online premiere here on Directors Notes. The film is based on my relationship with my ​father and it was a great way to let out the emotions I was carrying about this relationship​. During the period of writing the script, as I was looking for old photos and memories​ from my childhood​, my father and I were not in contact. The last time we spoke was 5 years before, and our conversation was full of anger and hatred. At the end of this research I suddenly received a phone call.

Auto Brewery Syndrome - An Overview From a DUI Lawyer Can alcohol be created by the human body itself — without any drinking? Apparently so. In an interesting scientific article, two physicians at Union Memorial Hospital in Baltimore reported that they detected the odor of beer in three of their patients. This was in an isolated hospital setting; there was no access to alcoholic beverages. The doctors had urine samples taken and analyzed by gas chromatography. Why Pot Makes You Feel Good Photo Credit: Shutterstock.com/takito August 18, 2013 | Like this article? Join our email list: Stay up to date with the latest headlines via email.

World’s First Perpetual Motion Machine? Can this machine operate forever? Since at least the 12th century, man has sought to create a perpetual motion machine; a device that would continue working indefinitely without any external source of energy. A large scientific contingent thinks such a device would violate the laws of thermodynamics, and is thus impossible. Could it be that as a race, we don’t fully understand the laws of physics and such a device may indeed be possible? What would the ramifications be if we could actually build a perpetually moving device?

Keeley Hazell Pictures Keeley Hazell's Rating: 9.53/10 Based on 232 votes Like Us! Human Sexual Response Boston Band Human Sexual Response was a New Wave band from Boston. They were extremely popular in the club scene in 1979-1980. The band was best known for the song Jackie Onassis . Top 25 Informative Maps That Teach Us Something Uniquely Different About the World Population of Southeast Asia Compared to the Rest of the World Maps can be great guides for more than just finding routes for traveling. They often provide insight on the rest of the world. The Cheapest Generation - Derek Thompson and Jordan Weissmann In 2009, Ford brought its new supermini, the Fiesta, over from Europe in a brave attempt to attract the attention of young Americans. It passed out 100 of the cars to influential bloggers for a free six-month test-drive, with just one condition: document your experience online, whether you love the Fiesta or hate it. Young bloggers loved the car. Young drivers?

The Benefits of Interning on a Farm - The Atlantic - The Atlantic High in the mountains of Telluride, Colorado, Tomten Farms offers the opportunity to learn agriculture through an internship program. Named after a mischievous gnome in an old children’s tale, the farm teaches young people the pillars of permaculture. “Let’s give people the opportunity to try something,” says the farm’s owner Kris Holstrom in this short film, 9,000 Feet. “You learn the most from failing, but if you aren’t encouraged to try, you won’t.”