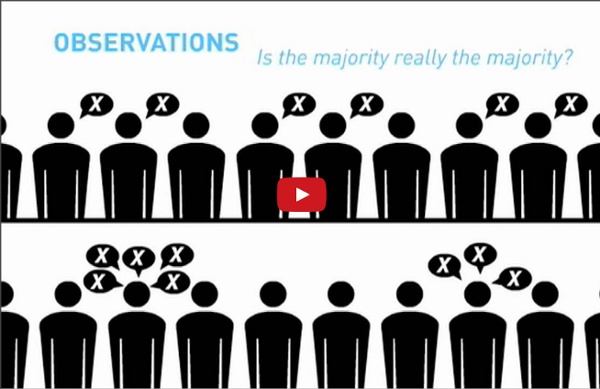 Empathic people are natural targets for sociopaths - protect yourself © Fotolia Olly The empathy trap: therapists and counselors almost by definition are empathic, to facilitate clients' recovery - but this quality can mean those carers are targets for sociopaths, aided by what Dr Jane & Tim McGregor call "apaths". The first UK article on this cruel sport shows how to identify and thus avoid it. People targeted by a sociopath often respond with self-deprecating comments like "I was stupid", "what was I thinking" of "I should've listened to my gut instinct". But being involved with a sociopath is like being brainwashed.

Obsessive Debunking Disorder (ODD)? By Thomas Sheridan | Thomas Sheridan Arts Are Hardcore Skeptics and Debunkers Actually Brain Deficient? Their Own Beloved Hard Science Might Well Suggest Many Are. Supreme Court Blocks Climate Change Lawsuit Filed By States WASHINGTON — The Supreme Court unanimously ruled out a federal lawsuit Monday by states and conservation groups trying to force cuts in greenhouse gas emissions from power plants. The court said that the authority to seek reductions in emissions rests with the Environmental Protection Agency, not the courts. EPA said in December that it will issue new regulations by next year to reduce power plants' emissions of carbon dioxide, the chief greenhouse gas. The Obama administration has already started controlling heat-trapping pollution from automobiles and from some of the largest, and most polluting, industrial plants.

New evidence shows how chronic stress predisposes brain to mental disorders (Medical Xpress)—University of California, Berkeley, researchers have shown that chronic stress generates long-term changes in the brain that may explain why people suffering chronic stress are prone to mental problems such as anxiety and mood disorders later in life. Their findings could lead to new therapies to reduce the risk of developing mental illness after stressful events. Doctors know that people with stress-related illnesses, such as post-traumatic stress disorder (PTSD), have abnormalities in the brain, including differences in the amount of gray matter versus white matter.

Why the Left-Brain Right-Brain Myth Will Probably Never Die The left-brain right-brain myth will probably never die because it has become a powerful metaphor for different ways of thinking – logical, focused and analytic versus broad-minded and creative. Take the example of Britain’s Chief Rabbi Jonathan Sacks talking on BBC Radio 4 earlier this year. “What made Europe happen and made it so creative,” he explained, “is that Christianity was a right-brain religion … translated into a left-brain language [Greek]. So for many centuries you had this view that science and religion are essentially part of the same thing.” As well as having metaphorical appeal, the seductive idea of the right brain and its untapped creative potential also has a long history of being targeted by self-help gurus peddling pseudo-psychology. Today the same idea is also picked up by the makers of self-improvement video games and apps.

US police smash camera for recording killing - Features A picture may be worth 1,000 words, but Narces Benoit's decision to videotape a shooting by Miami police landed him in jail after officers smashed his cell-phone camera. It was 4am on May 30 when Benoit and his girlfriend Erika Davis saw officers firing dozens of bullets into a car driven by Raymond Herisse, a suspect who hit a police officer and other vehicles while driving recklessly. Herisse died in the hail of lead, and four bystanders also suffered gunshot wounds, the Miami Herald newspaper reported. Police noticed the man filming the shooting and an officer jumped into his truck, and put a pistol to his head, Benoit said. Hive minds: Time to drop the fiction of individuality - opinion - 08 April 2014 FOR most of Western history, truth and morality came from God and king, and free will was a theological question. This began to change in the 1700s, and the idea that humans were individuals with the freedom of rational choice soon wormed its way into the belief systems of the upper echelons of society. Over time, the concepts of rationality and individualism profoundly shaped the governments and culture of the West.

Kübler-Ross model The model was first introduced by Swiss-American Psychiatrist Elisabeth Kübler-Ross in her 1969 book, On Death and Dying, and was inspired by her work with terminally ill patients.[1] Motivated by the lack of curriculum in medical schools on the subject of death and dying, Kübler-Ross began a project which examined death and those faced with it while working as an instructor at the University of Chicago's medical school. Kübler-Ross' project evolved into a series of seminars which, along with patient interviews and previous research became the foundation for her book, and revolutionized how the U.S. medical field takes care of the terminally ill. In the decades since the publication of "On Death and Dying", the Kübler-Ross concept has become largely accepted by the general public; however, its validity has yet to be consistently supported by the majority of research studies that have examined it[citation needed].

Related:
Related:  psychology & behaviour   -  Psychology   -  Behaviour Guidance   -  Information behaviour   -  Consumer buying behaviour   -  Animal Behaviour--Dog Body Language   -  Behaviour Based Test   -  US voting behaviour   -  UK Voting behaviour   -  Buying Behaviour   -  Risk Taking Behaviour   -  Consumer Behaviour   -  classroom and behaviour   -  Laurie Santos: A monkey economy as irrational as ours | Video on TED.com   -  Highly Accurate Personality Test by Learnmyself   -  RationalWiki   -  Dr Paul Howard Jones - What is the Internet Doing to our Brains? - YouTube   -  Mintel Oxygen: Consumer market analysis | Mintel.com   -  The Behavioral Sink   -  How Life Works   -  Inside the mind of the octopus | Orion Magazine   -  30 Things to Start Doing for Yourself   -  Welcome   -  How to Learn Anything Faster With the Feynman Technique   -  Lateral Thinking Puzzles - Preconceptions   -  How to suck at your religion   -  PsychTronics   -  The Science of Lucid Dreaming and How to Learn to Control Your Dreams, Animated | Brain Pickings   -  Scope and Sequence | Common Sense Media   -  Love the Grows: Questions You Should Ask Before Marriage   -  Business Startup: How to Start a Business With Limited Funds   -  ClassDojo   -  12 Ways To Integrate (Not Just Use) Technology In Education   -  Digital Citizenship Flashcards | A Platform for Good   -  7 Social Hacks For Manipulating People   -  Six Funny Life Lessons | Carl Pei   -  30 traits of an Empath (How to know if you’re an Empath)   -  Fitch   -  What is Addiction? [Gabor Maté] - YouTube   -  The Best 10 Motivational Videos For 2013 - MotivationGrid