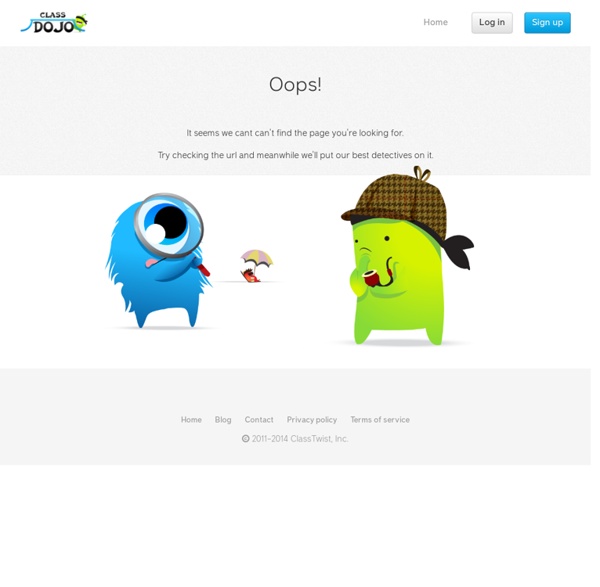 Free Flowchart Software and Tools, Freeware Help you create, share and print flowcharts absolutely free. Edraw will save you lots of time and money to create solid contender flowcharts. Discover why Edraw is the best flowchart freeware: Try it FREE. Edraw Flowchart Professional Version Restorative Justice: Resources for Schools Restorative justice empowers students to resolve conflicts on their own and in small groups, and it's a growing practice at schools around the country. Essentially, the idea is to bring students together in peer-mediated small groups to talk, ask questions, and air their grievances. (This four-part tutorial from the Centre for Justice and Reconciliation is a wonderful primer.) For the growing number of districts using restorative justice, the programs have helped strengthen campus communities, prevent bullying, and reduce student conflicts.

Manifesto: The 21st Century Will Be Defined By Games Previous centuries have been defined by novels and cinema. In a bold manifesto we’re proud to debut here on Kotaku, game designer Eric Zimmerman states that this century will be defined by games.ore Below is Zimmerman’s manifesto, which will also appear in the upcoming book The Gameful World from MIT press. We invite you to read it, to think about it and even to annotate it. Zimmerman’s manifesto is followed by an exploration of the ideas behind it, in an essay by author and professor Heather Chaplin.

Top 10 Ways to Wake-up Students in Class - SimpleK12 The following is a guest post from Michelle Doman, a 7th and 8th grade Language Arts teacher at Brandon Middle School in Wisconsin. Top 10 Ways to Wake-up Students in Class Many people get a little squeamish, wiggly, and offer a scrunched expression when I respond to the question, “What grades do you teach?” Digital badges Digital badges are a validated indicator of accomplishment, skill, quality or interest that can be earned in various learning environments.[1] Origin and Development[edit] Showing a user's group of badges from Mozilla's Badge Backpack. Traditional physical badges have been used for many years by various organizations such as the United States Army[2] and the Boy Scouts of America[3] to give members a physical emblem to display the accomplishment of various achievements. While physical badges have been in use for hundreds of years, the idea of digital badges is a relatively recent development drawn from research into gamification.

Application Error edshelf Page not found. If you think this is a mistake let us know. Were you looking for a tool? Try a search: Kids & Family Kids & Family Kids & Family on the Blog Century-Old Museum Hosts Garden State Makers With over 40 maker exhibits, 80 galleries full of art and natural science collections, and a full day of workshops, the Greater Newark Mini Maker Faire was a hit with attendees of all ages. Read more »

How games can organize millions of people to accomplish great things (book excerpt) By Adam L. Penenberg On October 4, 2013 Look around. Games are everywhere. Start with that carton of orange juice in your fridge, which might advertise it’s worth three points, redeemable for discounts and prizes. Best 20 Sites to Download eBooks 20 Sites to Download Free eBooks for your Digital Library With all the technology around these days, we don’t need a tree to make a book. Scholastic survey of 2014 shows that 61% of school kids in the USA read digital books vs. 25% in 2010. Print books, CDs, Blu-ray discs are going to the past. Now we can download eBooks onto our Kindles, iPads, iPod, phones, laptops… the list is endless.

I highly recommend you check out Class Dojo, you can view graphs, automatically send weekly updates to parents with comments and visually display student progress. My students are highly motivated by the graphs and avatars. I use it for my social thinking groups in an elementary school but now that I am more familiar with it I have found many more uses for it. The staff has been very helpful anytime I have had questions and they are continuously improving it's features.Enjoy! by athibault Apr 10