What is Addiction? [Gabor Maté] 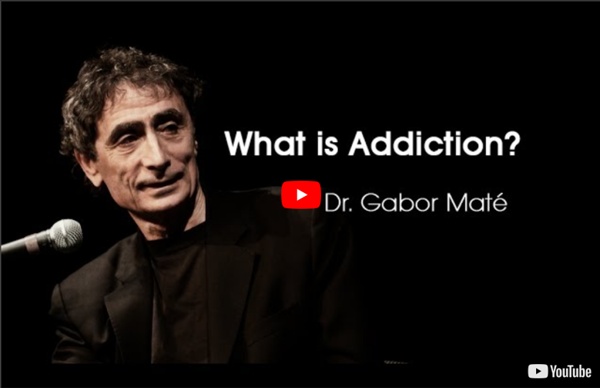 Rethinking the roots of altruism For decades, researchers working to understand how altruistic behavior evolved have relied on a concept known as inclusive fitness, which holds that organisms receive an evolutionary benefit—and are able to pass on their genes—through cooperative behavior. Now Harvard scientists say the theory is mathematically flawed and unnecessarily complicates the story of altruism's evolution. In a new study, Martin Nowak, a professor of mathematics and of biology, E.O. "Our main goal is to develop a rigorous mathematical theory of evolution," Nowak said. A classic example of altruism, Nowak said, would be one animal opting to forgo reproduction to help care for a sibling's offspring. "There are two ways you can pass on your genes," Nowak explained. "One approach is to introduce a virtual quantity, which is called inclusive fitness, but the problem is that this quantity can almost never be calculated or measured," Nowak said. "The regression method is a curiously backwards approach," Allen said.

The Next Frontier: Emotional Sobriety, by Bill Wilson The Next Frontier: Emotional Sobriety by Bill Wilson Copyright © AA Grapevine, Inc, January 1958 (Aslo see: A Letter From Bill W. on Depression, from the memoirs of Tom Pike, an early California AA member, which is strikingly similar to this AA Grapevine Article, "The Next Frontier: Emotional Sobriety.") I think that many oldsters who have put our AA "booze cure" to severe but successful tests still find they often lack emotional sobriety. Those adolescent urges that so many of us have for top approval, perfect security, and perfect romance—urges quite appropriate to age seventeen—prove to be an impossible way of life when we are at age forty-seven or fifty-seven. Since AA began, I've taken immense wallops in all these areas because of my failure to grow up, emotionally and spiritually. Even then, as we hew away, peace and joy may still elude us. I've recently come to believe that this can be achieved. I kept asking myself, "Why can't the Twelve Steps work to release depression?" Bill W.

15 Powerful Things Happy People Do Differently What are the differences between happy people and unhappy people? Of course, it should be very obvious:happy people are happy while unhappy people are unhappy, right? Well, that is correct. 1. Well, I can tell you for sure that those people who are really happy, fear less and love a lot more. 2. Happy people understand that you can’t really change a situation by resisting it, but you can definitely change it by accepting that it is there and by understanding that there might be a reason for its existence. When something unpleasant happens to them, they don’t try to fight it (they know that this will make the situation even worse), but they ask themselves questions like: What can I learn from this? Really happy people know that it’s not healthy to hold on to anger. Holding on to anger is like grasping a hot coal with the intent of throwing it at someone else; you are the one who gets burned. 4. They trust themselves and they trust the people around them. 5. 6. 7. 9. 11. 12. 13. 14. 15.

10 Benefits of Rising Early, and How to Do It “Early to bed and early to rise makes a man healthy, wealthy and wise” – Ben Franklin, famously “Put no trust in the benefits to accrue from early rising, as set forth by the infatuated Franklin …” – Mark Twain By Leo Babauta Recently, reader Rob asked me about my habit of waking at 4:30 a.m. each day, and asked me to write about the health benefits of rising early, which I thought was an excellent question. Unfortunately, there are none, that I know of. However, there are a ton of other great benefits. Now, let me first say that if you are a night owl, and that works for you, I think that’s great. Greet the day. How to Become an Early Riser Don’t make drastic changes.

14 Things That Emotionally Strong People Don’t Do There is a particular aspect of mental strength that is the deciding factor of whether or not you will have a good life. There are many levels to mental strength and all are needed to be successful and happy. The one particular area of mental strength that has the greatest impact is that of emotional strength. Emotions are, of course, a part of our psyche, yet nevertheless, can be distinguished from the remainder of mental qualities because they most directly influence our physical body. Emotions are our greatest motivators. 1. Needing attention is directly linked to emotion. Emotional strength requires resilience. 3. If you’re holding a grudge, then you already care more about a situation than you should. 4. Emotionally strong individuals do what they do because they love doing it. Those who love themselves and understand themselves — those who aren’t afraid or proud to be themselves — never doubt themselves. 6. 7. 8. 9. 10. 11. If you can’t say “no,” you will get abused. 12. 13. 14.

Discovery of quantum vibrations in 'microtubules' corroborates theory of consciousness A review and update of a controversial 20-year-old theory of consciousness published in Physics of Life Reviews claims that consciousness derives from deeper level, finer scale activities inside brain neurons. The recent discovery of quantum vibrations in "microtubules" inside brain neurons corroborates this theory, according to review authors Stuart Hameroff and Sir Roger Penrose. They suggest that EEG rhythms (brain waves) also derive from deeper level microtubule vibrations, and that from a practical standpoint, treating brain microtubule vibrations could benefit a host of mental, neurological, and cognitive conditions. Orch OR was harshly criticized from its inception, as the brain was considered too "warm, wet, and noisy" for seemingly delicate quantum processes. "The origin of consciousness reflects our place in the universe, the nature of our existence. After 20 years of skeptical criticism, "the evidence now clearly supports Orch OR," continue Hameroff and Penrose.

Top 10 Easy Home Remedies For Anxiety Top 10 Easy Home Remedies For Anxiety Please Share This Page: Google + stumbleupon tumblr reddit If you are a first-time visitor, please be sure to like us on Facebook and receive our exciting and innovative tutorials on herbs and natural health topics! Photo – © Marta P. What is Anxiety? A general term for an emotion that is characterized by feelings of apprehension, tension, fear and worried thoughts, Anxiety is sometimes accompanied by physical changes in the body such as sweating, increased blood pressure, trembling, faster heartbeats, and lightheadedness. [1] People who are subjected to anxiety disorders, more often than not, have recurrent concerns that greatly affect the way they act and feel. 10 Easy And Natural Home Remedies For Anxiety There are some simple ways to deal with anxiety, and they can be usually done or found right inside your home. 1. 2. 3. 4. 5. 6. 7. 8. 9. 10. 11. 12. 13. 14. References [1] Perina, Kaja, ed. [2] Smucker, Celeste. [3] Higashiyama, Akiko, et al.

PsychTronics 7 Emotions That Don't Serve You and How To Detox Them By John Kim - mindbodygreen Having emotions, even negative ones, is part of being human. But when we don't have the skills to learn from our feelings and move forward, we can get mired in negativity, which prevents us from reaching our full potential. 1. Anger is arguably one of the most uncomfortable feelings because it's a call to action. If things that made us angry happened at a time in our life when it was not safe for us to express anger, we've probably developed a lifelong pattern of suppressing it, which becomes a depressive pattern. We are also frightened of anger because of the aggressive, red hot fiery feeling of it, which can seem like more than we can control. Today, think of something that makes you angry. Step 1: Don’t judge it. Step 2: Write about what happened and how it made you feel. Step 3: Write out what you're going to do to purge this from your system. Acknowledgement + Examination + Action= FREEDOM 2. Regret is one of the fastest traps to spiraling downward. 3.

How to Cope with Uncomfortable Uncertainty Joy is not the only experience that people try to avoid, to their detriment. Many people cannot tolerate the feeling of uncertainty, and according to mounting evidence, this fear affects mood and health. Intolerance of uncertainty is linked with mental disorders such as anxiety and depression, researchers confirmed in a paper in the June 2013 issue of the Journal of Clinical Psychology; their results also revealed a strong link to panic disorder. People with this fear try to feel more certain with strategies such as excessive checking, planning and reassurance seeking, worry and rumination, and avoidance of unfamiliar situations. A combination of therapeutic strategies can help people whose fear of uncertainty is holding them back.

First evidence of common brain code for space, time, distance -- ScienceDaily A new Dartmouth study provides the first evidence that people use the same brain circuitry to figure out space, time and social distances. The findings, which help reveal how our brains organize information and create our perspective of the world, appear in the Journal of Neuroscience. The researchers looked at whether there is an overlap, or a common mechanism, in the brain areas used to represent time, space and social distances. They used fMRI to analyze the brain patterns of participants while they viewed objects photographed at different distances, viewed photos of friends or acquaintances and read phrases referring to the immediate or more remote future. "The results showed that the same brain patterns that decide whether something is physically near to us versus far away also decide whether we are thinking about the near or distant future or seeing a friend versus an acquaintance," said senior author Thalia Wheatley, an associate professor of Psychological and Brain Sciences.

30 traits of an Empath (How to know if you're an Empath) By: Christel Broederlow What is an empath? Being an empath is when you are affected by other people’s energies, and have an innate ability to intuitively feel and perceive others. Empaths are often quiet achievers. However, they can be the exact opposite: reclusive and apparently unresponsive at the best of times. Empaths have a tendency to openly feel what is outside of them more so than what is inside of them. Empaths are more inclined to pick up another’s feelings and project it back without realizing its origin in the first place. Without a doubt, this emotional withholding can be detrimental to one’s health, for the longer one’s thoughts and/or emotions aren’t released, the more power they build. Empaths are sensitive to TV, videos, movies, news and broadcasts. You will find empaths working with people, animals or nature with a true passion and dedication to help them. They are just as expressive with body language as with words, thoughts, and feelings. 1. 2. 3. 4. 5. 6. 7. 8. 9.