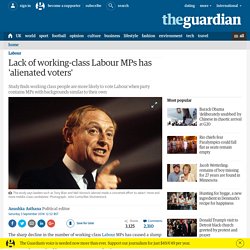 The study says previous leaders such as Neil Kinnock and Tony Blair made a concerted effort to select “more and more middle-class candidates to run for office during the 1980s and 1990s as part of an effort to rebrand,” resulting in success at the ballot box. But it claims that the “conscious electoral strategy” stored up intractable problems for Labour, as working-class voters, who initially simply didn’t vote in response, are now seeking an alternative.

Sex, religion, age – the secret life of British voters revealed. “If we would learn what the human race really is at bottom,” observed Mark Twain, “we need only observe it at election time.” 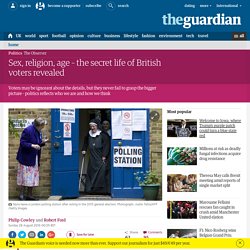 Why don’t people vote? You asked Google – here’s the answer. For those of us who troop down to the polling station at every election, it can be pretty frustrating that not everybody does the same – especially when we end up with a result we don’t like, and which we reckon might have turned out differently if only they had. 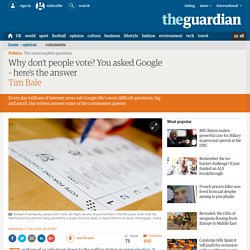 It’s not as if it takes much effort and, after all, didn’t people die to win us the right to hold whoever’s in power to account? Maybe so, but the question is probably best approached – at least initially – by turning round the telescope. Instead of asking why people don’t vote, we might reasonably ask why anyone bothers in the first place. Given that the likelihood of any election being decided by a single vote is so small, especially in contests where the eligible electorate runs into the thousands, it makes little or no sense for any of us to devote our precious time to deciding who to vote for and then casting a ballot in their favour.

But it’s not all about demography or social and educational status. EU referendum: youth turnout almost twice as high as first thought. The turnout among young people aged 18 to 24 in the EU referendum was almost double the level that has been widely reported since polling day, according to evidence compiled at the London School of Economics. 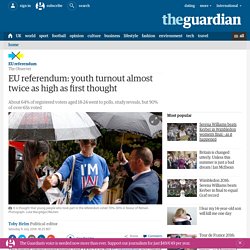 The new findings – based on detailed polling conducted since the referendum by Opinium, and analysed by Michael Bruter, professor of political science and European politics at the LSE, and his colleague, Dr Sarah Harrison – suggests the turnout was 64% among this age group. It has been widely assumed since the referendum that the turnout among young people was around 36% – a figure that has allowed Brexit campaigners to say young people cannot claim that they were betrayed by older pro-Brexit voters, as almost two-thirds did not bother to vote. The new, far higher, figures emerged after Opinium conducted post-referendum polling among 2,002 people that asked four questions about how and whether they voted. Has the rise of middle class politicians led to the decline of class voting in Britain? How does the social background of MPs and candidates influence voting behaviour? 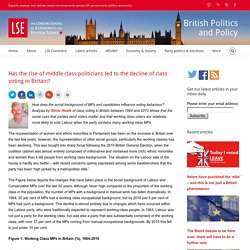 Analysis by Oliver Heath of class voting in Britain between 1964 and 2010 shows that the social cues that parties send voters matter and that working class voters are relatively more likely to vote Labour when the party contains many working class MPs. The representation of women and ethnic minorities in Parliament has been on the increase in Britain over the last few years; however, the representation of other social groups, particularly the working classes has been declining. This was bought into sharp focus following the 2010 British General Election, when the coalition cabinet was almost entirely composed of millionaires and contained more (rich) ethnic minorities and women than it did people from working class backgrounds. Labour’s traditional voters no longer share its progressive values.

Towards the end of the 1990s some Labour insiders began to notice that economically disaffected working-class voters were drifting into political apathy. 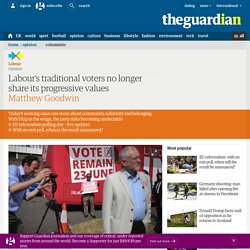 After the high of Tony Blair’s landslide election in 1997, Labour’s vote dropped by 3 million in 2001 (even though it won another landslide) and by a further million in 2005. A small number of these disaffected voters were attracted towards the BNP, but this party’s racist connections were a turn-off for many. But from 2010, as the BNP began to fall apart, these voters were targeted by Nigel Farage. Ukip had previously been a party of the Tory shires but began to emerge as a serious force in many traditional Labour areas. Ukip began to win over Britain’s left-behind voters who felt intensely anxious over immigration, saw the cause of it as Britain’s EU membership, and loathed a Westminster elite that appeared uninterested in their concerns. The social divides that explain Ukip’s advance relate to social class, generation and geography. Green Party voters look like Lib Dems, think like Labour voters and are as dissatisfied as ‘Kippers. Green voters are not radically left-wing on economic issues nor are they primarily driven by environmental concerns, finds James Dennison. 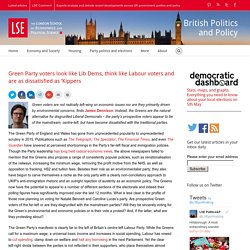 Instead, the Greens are the natural alternative for disgruntled Liberal Democrats – the party’s prospective voters appear to be of the mainstream, centre-left, but have become dissatisfied with the traditional parties. The Green Party of England and Wales has gone from unprecedented popularity to unprecedented scrutiny in 2015. Why do you vote in a particular way. Voting behaviour long term trends. Voting behaviour long term trends.