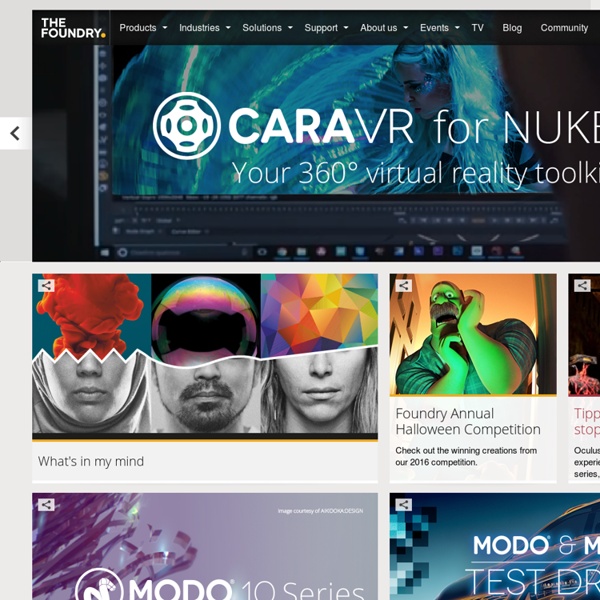 80 Million Tiny Images You have submitted 0 labels. Visual dictionary: Visualization of 53,464 english nouns arranged by meaning. Each tile shows the average color of the images that correspond to each term. Visual dictionary Selling on Amazon and eBay - The Pros and Cons - Marketplace Fees, Infrastructure, & Sales At first glance, online marketplaces like Amazon and eBay seem to be a creation of mutual benefit. Ecommerce store owners gain increased exposure for their products, and the marketplaces gain an expanded product range without having to increase inventory. On closer inspection, the mutual benefits remain, but the reality is more nuanced. Should you expand your presence beyond your online store and start selling your products on Amazon and eBay?

the Gloves Dr Adam Stark is the co-founder of the interactive arts technology studio Codasign and a post-doctoral researcher at the Centre for Digital Music at Queen Mary University of London. He is interested in developing new ways to create music through interactive technology. In particular, he wants to make electronic music performative and engaging to watch on stage, working with artists and musicians to integrate interactive technologies into their shows and installations. He has been interested in music since childhood, growing up playing in bands in and around London. In 2002 he chose to study Computer Science at Royal Holloway, University of London, spending those years equally divided between learning how to develop technology and writing & performing music with other students. He later went on to study for a MSc in Digital Music Processing at Queen Mary University of London, specialising on audio effects that can automatically detect the tempo of performing musicians.

Inside the sad, expensive failure of Google+ Create a social network or risk everything. That was the original pitch for Google's Facebook rival, Google+, a refrain hammered over and over by the social network's chief architect, Vic Gundotra, in meetings with the company's top brass. Gundotra, described by colleagues we spoke with as charismatic and politically-savvy, eventually persuaded Larry Page, the Google cofounder who returned as CEO at the beginning of 2011 after a decade behind the scenes, to turn the company upside down for this cause. "Vic was just this constant bug in Larry's ear: 'Facebook is going to kill us. Facebook is going to kill us,'" says a former Google executive.

The Ultimate Guide to Web Hosting from WhoIsHostingThis.com Chapter 1: What is Web Hosting? Most people never really think about where a website is, or even what a website is. I turn on my computer, open a browser, and go to Google or Amazon or Yahoo. Future - Would you let an algorithm manage your relationships? “I had this everyday feeling – stress about not properly articulating my emotions in my emails to people,” artist and writer Joanne McNeil tells me over the phone from Boston. “I was feeling as though I had to over-do it with enthusiasm or I would sound too sarcastic or bleak or disinterested.” It’s a common anxiety of modern day life: in an age where we increasingly communicate via email, text messages, and social media posts instead of face-to-face, it can be hard to judge whether we are getting the tone right. Are we being too formal? Are we being too familiar?

Google Knows You Better Than You Know Yourself Every weekday at 3:40 p.m., the message popped up on my phone: 22 mins to Work. Google Now was doing its job. It was reminding me where to go and how to get there. Google Now, in case you don’t know, is the flagship software embedded in the Android smartphone operating system (it’s also available on iOS); its aim is to seamlessly turn your device into a personal assistant that provides “just the right information at just the right time.” It achieves this by using Google’s devouring awareness of your calendar, inbox, and movements. Reach in and touch objects in videos with “Interactive Dynamic Video” We learn a lot about objects by manipulating them: poking, pushing, prodding, and then seeing how they react. We obviously can’t do that with videos — just try touching that cat video on your phone and see what happens. But is it crazy to think that we could take that video and simulate how the cat moves, without ever interacting with the real one? Researchers from MIT’s Computer Science and Artificial Intelligence Laboratory (CSAIL) have recently done just that, developing an imaging technique called Interactive Dynamic Video (IDV) that lets you reach in and “touch” objects in videos.

The Rise of Social Bots By Emilio Ferrara, Onur Varol, Clayton Davis, Filippo Menczer, Alessandro Flammini Communications of the ACM, Vol. 59 No. 7, Pages 96-104 10.1145/2818717 Comments (1) Bots (short for software robots) have been around since the early days of computers. One compelling example of bots is chatbots, algorithms designed to hold a conversation with a human, as envisioned by Alan Turing in the 1950s.33 The dream of designing a computer algorithm that passes the Turing test has driven artificial intelligence research for decades, as witnessed by initiatives like the Loebner Prize, awarding progress in natural language processing.a Many things have changed since the early days of AI, when bots like Joseph Weizenbaum's ELIZA,39 mimicking a Rogerian psychotherapist, were developed as demonstrations or for delight.