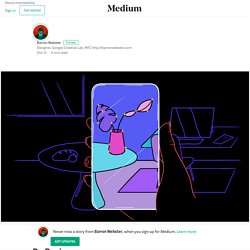 There’s tons of cool demos floating around on Twitter. Facebook launched their Camera Effects Platform. Apple has an Augmented Reality developer kit and demoed a flashy AR game on stage at their iPhone X event. Google launched ARcore and a suite of experiments. Magic Leap is still secretly chugging along, releasing demo-like teasers. Mostly for my own sanity, I’ll be using “AR” or “Augmented Reality” from here on out to mean Things You Can Do Via Your Smartphone Camera Other Than Take Photos or Videos.

Most of the cool AR demos we see today appear to superimpose objects, characters, filters, or other effects to the world around us. These “superimposing demos” are super rad and very shareable because they show you something impossible. Additive AR is the logical next step in a lineage of enhancing our photos & videos. You don’t need Augmented Reality to tell you a table is a table. Object-recognition. Augmented & Virtual Reality. Providers on augmented and virtual reality ROI.

Why should colleges and universities invest financial resources in augmented and virtual reality? 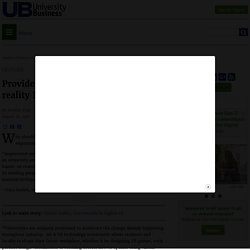 Snap Inc. Spectacles and Snapchat show campuses in new light. Whether or not you’re one of the 166 million daily Snapchat users, it’s impossible to ignore the deep impact of the mobile app on how teens and young adults communicate. 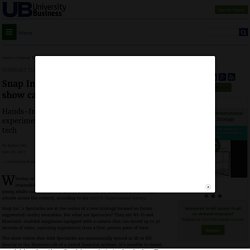 Snapchat is now the top social media site in high schools across the country, according to the 2017 E-Expectations Survey. Snap Inc.’s Spectacles are at the center of a new strategy focused on future augmented-reality wearables. But what are Spectacles? They are Wi-Fi and Bluetooth-enabled sunglasses equipped with a camera that can record up to 30 seconds of video, capturing experiences from a first-person point of view. The short videos shot with Spectacles are automatically synced in SD or HD directly to the Moments tab of a paired Snapchat account. Cool, but not revolutionary Snap’s first wearable device has been designed, marketed and priced (at $129) more like a cool toy than a technological innovation. You could initially buy them only through “Snapbots,” large, yellow vending machines placed in a few locations. New Google Earth Has Exciting Features for Teachers. Virtual Classroom New Google Earth Has Exciting Features for Teachers Google has recently released a brand new version of Google Earth for both Chrome and Android. 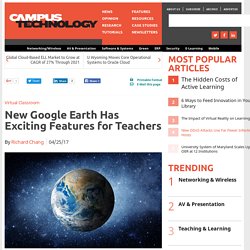