Everything is a Remix Part 3 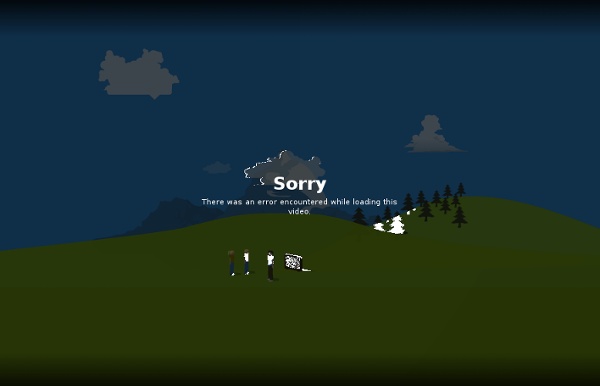 Michelle Jenneke 'Creeper' Is Everyone On The Internet Right Now While the innocence of 19-year-old Australian hurdler Michelle Jenneke's warm-up routine is debatable, there's no two ways about the slow-motion re-cut of it that went viral last week. Yes, her milkshake brought all the boys to the Web. And now that collective leer has its own avatar: the Creeper. Digitom Productions posted a spoof in which a lad (that's Canadian for "bro," right?) Like millions of other people -- members of the sports blogosphere definitely included -- he's shameless, gross and totally predictable. But that's why it's funny, isn't it? The spoof, which contains some key moments from Jenneke's now famous IAAF World Junior Championships women's 100-meter hurdle heat, has been viewed more than 1.1 million times since it debuted on YouTube on July 21. Judging by the rest of the Digitom's YouTube offerings, this kind of thing is basically their wheelhouse.

The Jedi Path book presentation box Its silver vault doors sport an embossed image of two moons setting over the rounded edge of a nearby planet and two hands clutching a lightsabre... Press the button on the bottom and, in a wash of blue light and sound effects, the doors slowly open and the book within rises on a platform. Yes, folks it's the packaging for The Jedi Path, a limited edition book, created collaboratively by print production company Imago, publisher becker&mayer! "The biggest challenge for us was that George Lucas (no relation to CR's Gavin) did not want the opening mechanism to be activated electronically," explains John Hine at Imago. The book itself is no simple production. It sports an embossed, pseudo leather cover that's soft to the touch, there are hand torn pages and no fewer than eight removable "artifacts" within the pages that include a coin-like charm, a material patch and even a drink-stained napkin. Above, the vault complete with belly band, as packaged. COMPETITION GIVE AWAY! 323 Comments or

Pop-Up Books Get the Magical Movie Treatment [Video] | Co. Design Intricate papercraft designs are mindblowing enough. But what happens when you add elements of film, puppet theater, pop-up books, and interactive light projection? "The Ice Book," a spellbinding traveling show by Davy and Kristin McGuire. Which sounds hard to grasp, but watch the video: The husband-and-wife team says they "always had the dream of creating a theatre performance that opened up like a pop-up book." images © Davy & Kristin McGuire In addition to pop-up books and theater, the designers took inspiration from pre-cinematic illusions like zoetropes and magic lantern shows. Kristin took care of meticulously designing and cutting the pop-up paper scenes; Davy created the animations from a combination of live-action footage (shot with a Canon 5D Mark II) and Adobe AfterEffects. How the live-action portions were filmed and animated. Testing the back-projection. The McGuires are touring with The Ice Book now. [Read more at www.theicebook.com]

20 Entertaining Examples of Motion Graphics Motion graphics are graphics that use video footage and/or animation technology to create the illusion of motion or rotation, graphics are usually combined with audio for use in multimedia projects. Motion graphics are usually displayed via electronic media technology, but may be displayed via manual powered technology (e.g. thaumatrope, phenakistoscope, stroboscope, zoetrope, praxinoscope, flip book) as well. The term is useful for distinguishing still graphics from graphics with a transforming appearance over time without over-specifying the form. Motion graphics extend beyond the most commonly used methods of frame-by-frame footage and animation. Computers are capable of calculating and randomizing changes in imagery to create the illusion of motion and transformation. Not only are the following videos are inspiring, there are also very entertaining. The Forty Story How to Train Your Dragon – Live Projections Vodalabs – The Digital Alchemists CS6 Stinger ilovedust showreel 2012 Spherikal

10 tips for editing video in a thoughtful, compelling way By Kari Mulholland One of TED’s video editors, Kari Mulholland, hard at work. Below, her editing advice. Photo: Biljana Labovic The techniques that video editors use to shape their content reveal a lot about how people create meaning in the world. The TED Talk editing toolkit is small when compared to ones used to cut a narrative feature or documentary. Now, compare that to the same excerpt edited competently. What made the first excerpt so uncomfortable to watch was that the edits were unmotivated; every edit was random. Choose the best camera angles for each moment. Now the “um” is edited out, by cutting between two shots during an action-filled moment. Think about who’s speaking and who’s listening. Now let’s watch the same excerpt edited like a TED Talk. The edits are motivated by the words spoken by both Chris and Bill. All of a sudden, the point of view of the interview shifts. Take some space from your edit. Hope that these tips have been helpful.