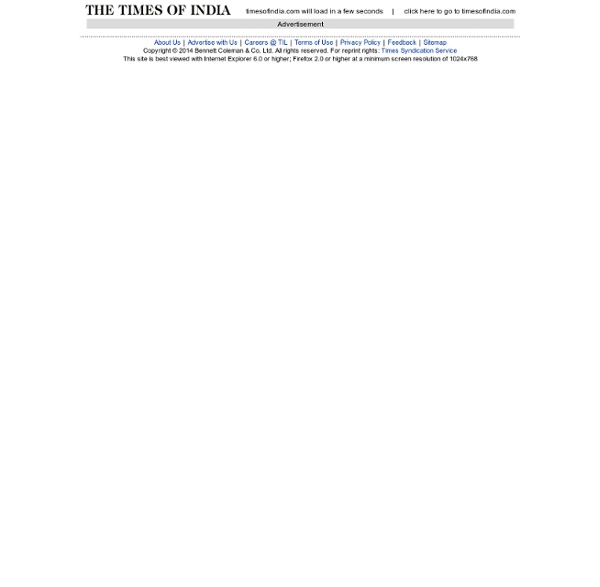 How IBM Is Building Technology Talent In Africa (By Katharyn White) “The central lesson of that experience is that the talent required for success in the global economy of the 21st century is present and growing in Africa; digital infrastructure in much of the continent is world class; and in fact, because the environment for innovation is so wide open, and because entrepreneurial thinking is so prevalent, Africa is becoming the proving ground for aspects of contemporary commerce, and redefining the lines across and among industries.“ In recent months, every one has been talking of IBM’s commitment to Africa.

Fitness Amateur Of The Week: Andrea Traded CrossFit For Bikini Glory! Vital Stats Name: Andrea MaguireEmail: acidics@aol.comLocation: Cameron, NCAge: 29Height: 5'10"Weight: 155 lbs (offseason), 145 lbs (competition)Years Bodybuilding: 1 How did your fitness journey begin? My journey began in 2007 at age 23 when I was out drinking and eating nearly every night. I didn't exercise because I didn't have to. I stayed thin and thought skinny was healthy. Time Perception Time Perception [Publishers are always concerned about the number of pages in a book, so to pare down an earlier edition of the text, this section was removed. It's now a bit dated, but I'll make an effort to update it when the smoke clears a bit.] Perhaps you have an uneasy feeling as you begin to read about time perception. Color perception, shape perception, and distance perception all refer to tangible attributes. Even loudness, pitch, and motion perception seem reasonably concrete.

5 Best Fruits for Healthy Skin Here are five fruits for healthy skin that can make you skin glow: 1. Kiwi and Pomegranate: Consumption and application of Kiwi fruit helps ensure healthy, clear, beautiful skin. Rajarhat: When the Government Loots at Sanhati August 1, 2012 by Pranab De (A publication of Nagarik Mancha, first published in January 2011. Translated from Bengali by Debarshi Das) Click here to read the original Bengali booklet Polycom eyes Africa for video conferencing services By BiztechAfrica - April 26, 2014, 7:23 a.m. Image: By BiztechAfrica By Semaj Itosno, Nairobi, Kenya Polycom, a global video and audio conferencing solutions company, has partnered with Kenyan based Mitsumi Distribution to deepen its roots in the African market.

Idea Seeding Better Than Brainstorming Kevin Cheng and Tom Chi, at OK/Cancel have written an article sharing the creative process they use for creating their awesome strips. Idea seeding is the process where they use time constraints and design/refine cycles to improve their ability to create quality “product.” They also wonder about extending this approach to other areas where brainstorming is normally used. OK/Cancel

All Natural Homemade Sunscreen This is a recipe for all natural homemade sunscreen, without zinc oxide or titanium dioxide. A few years ago, I created this Instructable that shows you how to make your own sunscreen using these ingredients. In response to many comments I'd been getting on it, I decided to offer a TD/ZO alternative, with all natural elements. You can actually eat most of the ingredients! Carrot seed oil's high carotol content gives it its skin-rejuvenative properties, and can directly reduce the damaging effects of UV rays. Avocado oil, sesame oil and shea butter contain a low SPF sunscreen.

India and the Challenges of the twenty first century 30th Jawaharlal Nehru Memorial Lecture 13 November 1998New Delhi, India As the world awaits the dawn of the next millennium, India is poised for her next historic tryst with destiny. The 21st century means new hopes and fresh aspirations amongst people everywhere. Facebook reveals online education app for Rwanda A sign with the 'like' symbol stands in front of the Facebook headquarters on February 1, 2012 in Menlo Park, California. Facebook is helping roll out a pilot online education program in Rwanda, under the Internet.org umbrellaThe SocialEDU program, called edX, will be a mobile app integrated into Facebook to provide localized educationAnnouncement comes ahead of Zuckerberg's Mobile World Congress keynote speech Editor's note: Mobile World Congress is the world's largest mobile phone trade show looking at the current state of mobile and where it might go next. Watch CNN International's coverage live from Barcelona on 24 February to 28 February. Get the latest live updates from the event on CNN's liveblog. Barcelona (CNN) -- Facebook is helping to roll out a pilot online education program in Rwanda, as part of its pitch to bring internet to the unconnected world.