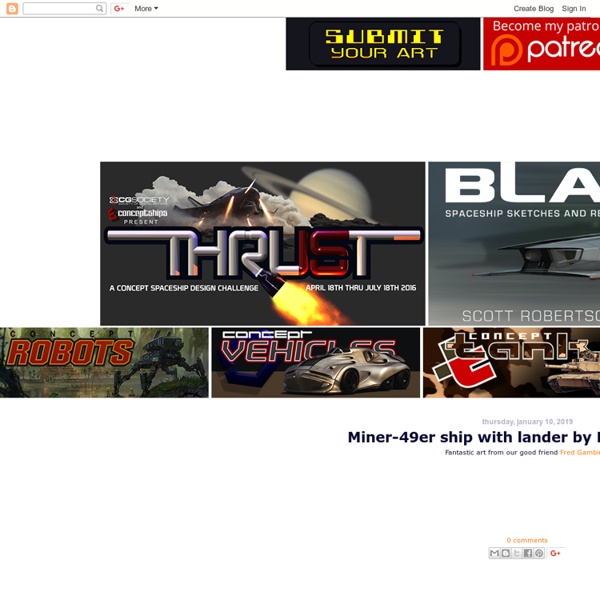 Now that we are a full 1080p format over here, I've got a few large animated graphics that I can post throughout the year. This is a 24p, 1500 by 1200, 24bit .png animated sequence of a heli designed by our friend Karanak that we did a few years back. He designed and rendered the ship and I did the rotors and blades. The blades were modeled in and rendered out of Lightwave using cel shader. The animation was comped in Aftereffects and exported out to Flash. The graphic is 6 frames long and just a little over 3 megs!

Free Logos: Free Logo Downloads at LogoLogo.com ( 398 and counting! )Non-exclusive, 100% free logo downloads. We recommend having a designer customize your free logo before you use it commercially. Arrange Logos: Rating (Default) Popularity Newest First Oldest First Price: $0 (free logo) The quickest solution is a custom logo. 15 Amazing Animated Short films We all love short animated films, but creating short film is very hard task. Putting whole story in 5 to 10 minutes is not easy. Can you imagine? Few films produced after working hard more than 6 years! Here we collected 15 dazzling animated short films for your inspiration. You can find different genres in these movies like heart-touching film One life, frightening film The Passenger.

How to Plot the Cyclomatic Complexity of Your Project - Streamhead The Cyclomatic Complexity Number of your program is a very rough measurement of how many paths can be taken through your source code. It can be calculated fully automatically. While it is far from perfect, it will give you an idea of how complex your program is. More importantly, it can also be used as a metric for the complexity evolution of a program over time. This post shows how to create this graph using some basic tools. One of my preferred talks at Devoxx 2010 was Neal Ford’s explanation of how the design of a program emerges over time.

Make seamless texture online - IMG online Processing of JPEG photos online. Man, I respect you! Turn off, please, the ad-blocker on this website, it's unobtrusive here. This website is free, no registration required, no limits on the number of processed images.If Adblock is enabled on imgonline.com.ua the processing quality is not always guaranteed. Select a picture or texture on your computer or phone and then click OK. Other settings already installed by default. Stan Prokopenko Draw Jack Skellington – Halloween Special October 30, 2012 In this Halloween episode, I show you how to draw Jack Skellington from “The Nightmare Before Christmas” by Tim Burton. VIDEO – How to Draw Ears – Anatomy and Structure October 25, 2012

Katsuyo Aoki: Porcelain skulls Katsuyo Aoki’s porcelain skulls make death a beautiful thing With Halloween on its way and so much death imagery everywhere, it’s refreshing to see Katsuyo Aoki’s take on ghoulishness. Her porcelain skull sculptures feature meticulous vanilla white curly patterned details, that look like they could be made of coral–or maybe icing. Six Thinking Hats Six Thinking Hats is a book by Edward de Bono which describes a tool for group discussion and individual thinking involving six colored hats. "Six Thinking Hats" and the associated idea parallel thinking provide a means for groups to plan thinking processes in a detailed and cohesive way, and in doing so to think together more effectively.[2] Underlying principles[edit] The premise of the method is that the human brain thinks in a number of distinct ways which can be deliberately challenged, and hence planned for use in a structured way allowing one to develop tactics for thinking about particular issues. de Bono identifies six distinct directions in which the brain can be challenged. In each of these directions the brain will identify and bring into conscious thought certain aspects of issues being considered (e.g. gut instinct, pessimistic judgement, neutral facts).

50 Eye-Popping Examples of Concept Art One of the most unique and common forms of art on the Internet these days is called concept art. Concept art is a form of illustration where the main goal is to convey a visual representation of a design, idea, and/or mood for use in movies, video games, animation, or comic books before it is put into the final product. The concept artist generates a visual design for something that doesn’t yet exist. Most of these pieces are created with Photoshop as well as using more traditional means such as oil paints, pencils and others. The two most common themes are science fiction and fantasy.

The 30 Most Expensive Paintings of All Time This is the collection of the highest known prices ever paid for painting. The earliest sale on the list (Vase with Fifteen Sunflowers by Vincent van Gogh) is from 1987, and more than trebled the previous record price, set only two years before, introducing a new era in top picture prices. The sale was also significant in that for the first time a “modern” painting (in this case from 1888) became the record holder, as opposed to the old master painting which had always previously held it. Since at that time sales of the most valuable painting have usually been made at the auctions, though that had by no means been the case before, and the list below still shows some “private sales”, including the three most expensive. The current record price was paid for a work from 1948 by Jackson Pollock, and there are only three old master painting in the collection below. This list is ordered by consumer price index inflation-adjusted value in millions of 2009 United States dollars.

80+ Free Logo Design - PSD, Vector EPS Format March 2017 Free Designs Whether you are a company in dire need to have a trademark of your own, or you just like to have that logo that would do you an effective branding system, then the post is most likely able to address your current needs. Enlisted here is a number of flat logo and abstract designs that you can choose from. Flat Logo Flat as it is, included in this category are those designs that are printable on sheets or other materials. They come in various shapes such as circle, rectangular and triangle; and in various colors like black, blue, red, and green. slick - the last carousel you'll ever need Set up your HTML markup. <div class="your-class"><div>your content</div><div>your content</div><div>your content</div></div> Move the /slick folder into your project Add slick.css in your <head>