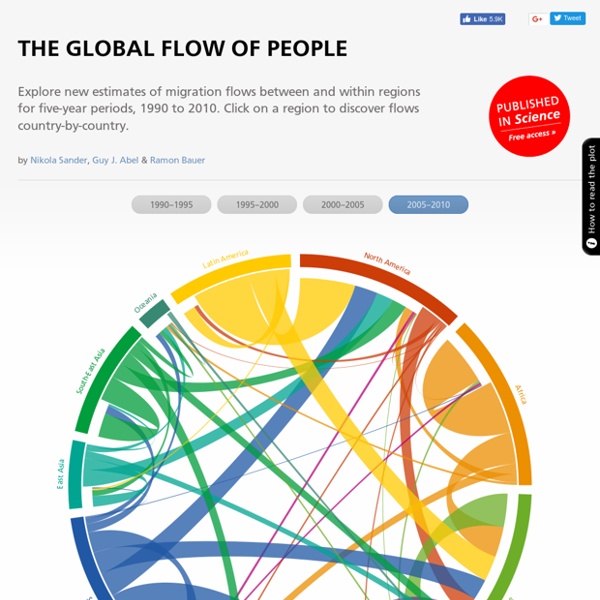 This map shows how Europe's population changed and shifted in the first decade of the 21st century Immigration – I know this sounds unlikely, but bear with us a moment here – is in the news rather a lot at the moment. For one thing, there's the Mediterranean migrant crisis, which EU leaders are meeting to discuss this week. Then there's the non-stop thrill ride of Britain's debate over whether or not it's a good idea to alienate the entirety of the continent just across the English Channel; one of the main arguments put forward by the Eurosceptic and definitely not racist right-wing party UKIP is that pulling out of Europe would give us back control of our borders. The one-child policy in China - Centre for Public Impact Legitimacy Stakeholder Engagement Weak The main stakeholder behind this initiative was the central government, which was very concerned that uncontrolled growth in the population could threaten the country's ambitions for prosperity.

USGovernmentSpending.com Past Debt Briefing Two Centuries of Government Debt In the century after Alexander Hamilton refunded the debts of the Revolutionary War with a federal debt, the United States only went into debt to pay for its wars. But then in the 1930s the administration of President Roosevelt attempted to get the nation out of the Great Depression with federal borrowings. Chart 4.01: Total Government Debt 1900-2016 Chart 4.02: Federal Government Debt 1792-2016 When charted in dollars, in the Chart 4.01, the total accumulation of federal debt looks huge.

*****in - A visualization of migration flows World Population: 6,853,328,460 Migrants in the world: 215,738,321 Almost 216 million people, or 3.15% of the world population, live outside their countries. Click on a country box to know more about migration flow to/from that country. About peoplemovin peoplemovin shows the flows of migrants based on the last data available on International Migrant Stock.

The Science of Sounding Smart When you’re trying to convey the quality of your mind to your boss, or to a company that’s considering you for a job, your best ally may be your own voice. Although some people may assume that their ideas and intellect would come across much better in written form, it turns out that using your voice can make you sound smarter. This insight comes out of our broader research investigating how people discern what’s going on in others’ minds despite the fundamental human inability to directly observe another’s thoughts, beliefs, or motivations. We’ve learned that spoken language is a highly effective tool for this. It’s the communication form that most clearly reveals not only what people are thinking but also their thinking ability. That’s an insight worth pondering.

The World’s Most Spoken Languages In One Fascinating Infographic Whenever I meet someone of a different ethnicity, out of sheer curiosity, I always ask if they speak the language of their heritage. I was born in Canada, but grew up with Punjabi speaking parents. I also studied French, Japanese, and Korean, and like to see language as almost a binding agent that helps smooth over communication. Business deals can go in a completely different direction if someone knows even a few words of another language, and, let’s be honest, traveling around the world and practicing different words you’ve picked up is fun. Having even a rudimentary understanding of another language also allows you to connect with someone of a different culture much more quickly, and people generally appreciate any efforts of communication in their own tongue.

Chart: From Pyramids to Skyscrapers From pyramid to bell to high-rise building — that is how the age structure of the world’s population will have developed from 1950 to 2100, according to UN calculations, which is a good thing. It means that we can say farewell to the pyramid. which to many still symbolizes the ideal age structure of a population: lots of industrious young folks and few dependent old people. First and foremost, however, the pyramid means that in every age group many millions of people die. To illustrate this, imagine you could climb the stairs of the perfectly shaped German population pyramid of 1910.

Past Debt Briefing Two Centuries of Government Debt In the century after Alexander Hamilton refunded the debts of the Revolutionary War with a federal debt, the United States only went into debt to pay for its wars. But then in the 1930s the administration of President Roosevelt attempted to get the nation out of the Great Depression with federal borrowings. Chart 4.01: Total Government Debt 1900-2020 Chart 4.02: Federal Government Debt 1792-2020 When charted in dollars, in Chart 4.01, the total accumulation of federal debt looks huge.

*****Farms hit by labour shortage as migrant workers shun 'racist' UK Farms have been hit with a shortage of the migrant workers that Britain relies on to bring in the fruit and vegetable harvests, according to a series of new reports. There was a 17% shortfall in May, leaving some farms critically short of pickers, according to a new National Farmers Union (NFU) survey. The decline is blamed on Brexit, with the vote to depart the EU leaving the UK seen as “xenophobic” and “racist” by overseas workers, according to the director of a major agricultural recruitment company. The UK requires about 80,000 seasonal workers to pick the vegetable and fruit harvest and virtually all come from eastern Europe. Just 14 of the 13,400 workers recruited between January and May this year were British, the NFU survey found.

Personality Types and Librarians (Part 1) It takes all types. Millions of people have taken the Myers-Briggs Type Indicator (MBTI®) instrument in the hopes of understanding themselves better. The theory behind the MBTI® is that we are born with preferences which do not change over time. The Top 10 Happiest Countries and What Makes Them Happy “The care of human life and happiness…is the only legitimate object of good government,”—Thomas Jefferson, 1809. Everyone wants to be happy, and increasingly, countries around the world are looking at happiness as an indicator of national well-being and considering happiness in policy making. As this year’s World Happiness Report states, “Happiness is increasingly considered a proper measure of social progress and a goal of public policy.” But what makes people happy, and which countries have the highest levels of happiness?