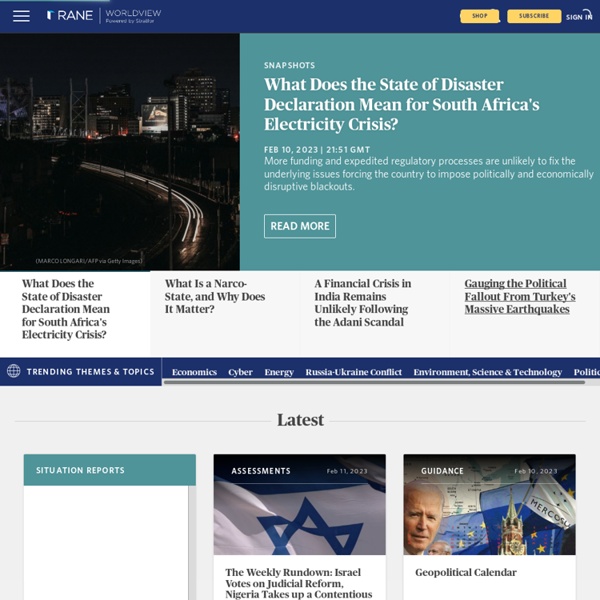 Global Information Grid The GIG Vision - Enabled by Information Assurance The Global Information Grid (GIG) vision implies a fundamental shift in information management, communication, and assurance. The GIG is the globally interconnected, end-to-end set of information capabilities for collecting, processing, storing, disseminating, and managing information on demand to warfighters, policy makers, and support personnel. The GIG includes owned and leased communications and computing systems and services, software (including applications), data, security services, other associated services, and National Security Systems. Non-GIG IT includes stand-alone, self-contained, or embedded IT that is not, and will not be, connected to the enterprise network.

Etymologically Speaking... From the old Arabic word "hashshshin," which meant, "someone who is addicted to hash," that is, marijuana. Originally refered to a group of warriors who would smoke up before battle. Aaron White adds: You may want to explore the fact that the hashshshins were somewhat of a voodoo-ized grand conspiracy scapegoat cult (the very fact of their existence is impossible to confirm). They supposedly were a secret society (a la the FreeMasons) which was influential in every middle eastern court from Persia to Bangladesh. NSA collecting phone records of millions of Verizon customers daily The National Security Agency is currently collecting the telephone records of millions of US customers of Verizon, one of America's largest telecoms providers, under a top secret court order issued in April. The order, a copy of which has been obtained by the Guardian, requires Verizon on an "ongoing, daily basis" to give the NSA information on all telephone calls in its systems, both within the US and between the US and other countries. The document shows for the first time that under the Obama administration the communication records of millions of US citizens are being collected indiscriminately and in bulk – regardless of whether they are suspected of any wrongdoing. The secret Foreign Intelligence Surveillance Court (Fisa) granted the order to the FBI on April 25, giving the government unlimited authority to obtain the data for a specified three-month period ending on July 19. The unlimited nature of the records being handed over to the NSA is extremely unusual.

Print - Hypersonic Cruise Missile: America's New Global Strike W A tip sets the plan in motion--a whispered warning of a North Korean nuclear launch, or of a shipment of biotoxins bound for a Hezbollah stronghold in Lebanon. Word races through the American intelligence network until it reaches U.S. Strategic Command headquarters, the Pentagon and, eventually, the White House. Inventors' handbook Disclosure and confidentiality Know the important difference between protecting your idea against disclosure and protecting your idea against infringement. Proving the invention Prototypes are necessary. Snowden reveals HAARP's Global Assassination Agenda Snowden speaking from a Custom Faraday Cage in Sheremetyevo Airport’s Hotel Novotel (Photo: The Internet Chronicle) MOSCOW, Russia – Edward Snowden, NSA whistleblower and fugitive, released documents Tuesday to Internet Chronicle reporters proving that the High Frequency Active Auroral Research Program, or HAARP, is definitively engaged in a program of assassination and mind control. EMERGENCY UPDATE: Snowden has revealed an oncoming global cataclysm. While the military prison industrial complex has routinely insisted that the Alaska-based HAARP is only meant to study natural phenomena in earth’s ionosphere, Snowden has managed to blow open a brutally massive charade.

Geopolitics Geopolitics, from Greek Γη (earth) and Πολιτική (politics), is the study of the effects of geography (both human and physical) on international politics and international relations.[1] Geopolitics is a method of foreign policy analysis which seeks to understand, explain, and predict international political behaviour primarily in terms of geographical variables. Typical geographical variables are the physical location, size, climate, topography, demography, natural resources, and technological advances of the state being evaluated.[2] Traditionally, the term has applied primarily to the impact of geography on politics, but its usage has evolved over the past century to encompass wider connotations. Geopolitics traditionally studies the links between political power and geographic space, and examines strategic prescriptions based on the relative importance of land power and sea power in world history. American geopolitical doctrine[edit] Alfred Thayer Mahan and sea power[edit] Nicholas J.

Documents at Ukraine leader's home detail spending - Europe news KIEV, Ukraine (AP) — Cash: $12 million. Decoration of a dining hall and tea room: $2.3 million. Statue of a wild boar: $115,000. "A bribe": $4,000. These are some of the expenses detailed in financial documents found in President Viktor Yanukovych's abandoned residence, which was occupied by protesters after the leader fled the capital.

The Price of Assassination - Opinionator Blog I wouldn’t have believed you if you’d told me 20 years ago that America would someday be routinely firing missiles into countries it’s not at war with. For that matter, I wouldn’t have believed you if you’d told me a few months ago that America would soon be plotting the assassination of an American citizen who lives abroad. Shows you how much I know. President Obama, who during his first year in office oversaw more drone strikes in Pakistan than occurred during the entire Bush presidency, last week surpassed his predecessor in a second respect: he authorized the assassination of an American — Anwar al-Awlaki, the radical Imam who after 9/11 moved from Virginia to Yemen, a base from which he inspires such people as the Fort Hood shooter and the would-be underwear bomber. I’m not qualified to answer these questions, and, besides, it doesn’t really matter what the correct answers are. Of course the usual caveat applies: It’s hard to disentangle cause and effect.