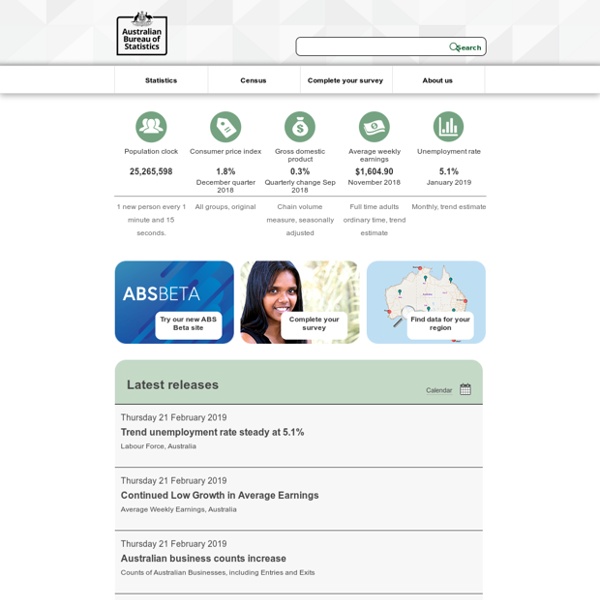 Gender and Society: A Matter of Nature or Nurture? "Men have always been afraid that women could get along without them." --Margaret Mead In addition to age, gender is one of the universal dimensions on which status differences are based. World Development Indicators The Aggregation Rules function defines the methodologies to be used when deriving custom aggregates. These rules apply only to custom country groups you have created. They do not apply to official groups presented in your selected database. For each selected series, choose your Aggregation Rule and Weight Indicator (if needed) from the corresponding drop-down boxes.

Banks brace for derivatives &#039;big bang&#039; - Apr. 7, 2009 NEW YORK (Fortune) -- One corner of the wild and wooly world of derivatives is about to get a little tamer -- and not a moment too soon for those who fret over the rising cost of bailouts. The banks that handle the bulk of the trading in credit default swaps -- the unregulated contracts whose misuse helped AIG (AIG, Fortune 500) bring about its own demise -- are adopting new trading and settlement rules this week in a shift the industry has labeled the "big bang." The changes will set new terms for credit default swaps traded on companies in North America, standardize payment schedules, or coupons, and eliminate clauses that would force CDS users to settle trades when a company does a limited restructuring under certain circumstances. Other shifts will streamline the process for settling the swaps in the event of default. The changes, which are due to take effect Wednesday, will push the market closer to that goal. Even so, it will be some time before the CDS market is all grown up.

Masculinities To speak of masculinities is to speak about gender relations. Masculinities are not equivalent to men; they concern the position of men in a gender order. They can be defined as the patterns of practice by which people (both men and women, though predominantly men) engage that position. There is abundant evidence that masculinities are multiple, with internal complexities and even contradictions; also that masculinities change in history, and that women have a considerable role in making them, in interaction with boys and men. I have been an interested observer of masculinities all my life, but began to think of this as a researchable issue in the late 1970s.

Economic, Financial, and Demographic Data Finding and downloading economic data have never been this fast, simple or free! Dismal Scientist Relevant, easy-to-understand global economic information in real time "Fifteen minutes with Dismal saves you three hours..." Pete Gioia U.S. Westpac Internet Things you should know This information has been prepared by Westpac Banking Corporation ABN 33 007 457 141, AFSL 233714 ('Westpac'). The exchange rates provided are indicative only as at the time and date shown, are subject to market movements and therefore change continuously; they should not be relied upon as an accurate representation of any final pricing. Functionalism (philosophy of mind) Since mental states are identified by a functional role, they are said to be realized on multiple levels; in other words, they are able to be manifested in various systems, even perhaps computers, so long as the system performs the appropriate functions. While computers are physical devices with electronic substrate that perform computations on inputs to give outputs, so brains are physical devices with neural substrate that perform computations on inputs which produce behaviors. An important part of some accounts of functionalism is the idea of multiple realizability.

UN Development programs: About Human Development The first Human Development Report in 1990 opened with the simply stated premise that has guided all subsequent Reports: “People are the real wealth of a nation.” By backing up this assertion with an abundance of empirical data and a new way of thinking about and measuring development, the Human Development Report has had a profound impact on policies around the world. "The basic purpose of development is to enlarge people's choices. In principle, these choices can be infinite and can change over time. People often value achievements that do not show up at all, or not immediately, in income or growth figures: greater access to knowledge, better nutrition and health services, more secure livelihoods, security against crime and physical violence, satisfying leisure hours, political and cultural freedoms and sense of participation in community activities. The past decades have seen substantial progress in many aspects of human development.