We should all be feminists - Chimamanda Ngozi Adichie at TEDxEuston 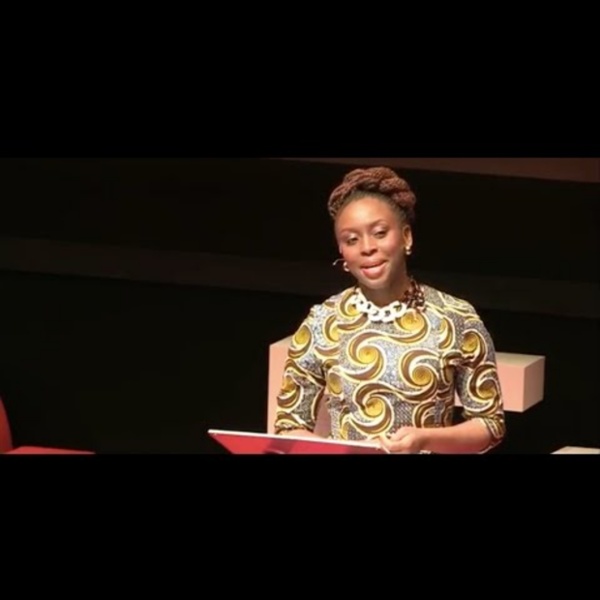 Lamb to the Slaughter Lamb to the Slaughter by Roald Dahl (1916-1990) Approximate Word Count: 3899 Women, politics and boys' clubs: 'When women get organised, watch out' The feminist and writer Jane Caro was adamant. A Q&A audience member, Sophie, was pondering a pathway to politics but declared some hesitation because of “misogynistic comments and issues ... surrounding women in parliament”. Caro didn’t mince words: “Sophie, you have to go into politics. I’m sorry, you don’t have a choice here. You have to. The Reel Foto: JeongMee Yoon: Boys versus Girls, The Pink & Blue Project "Blue is for boys and pink is for girls". That statement has been so subconsciously ingrained into the minds of practically everyone in the first world that it seems silly to challenge it. Indeed, the differences in gender with boys versus girls and blue versus pink has become an accepted fact that manufacturers nowadays will automatically assign blue products to guys and pink products to gals. Artist JeongMee Yoon wanted to document this phenomenon in children and, along the way, uncovered some surprising historical facts in her Pink & Blue Project.

How British Feminism Became Anti-Trans In America, however, TERFism today is a scattered community in its death throes, mourning the loss of its last spaces, like the Michigan Womyn’s Music Festival, which ended in 2015. And so the strangely virulent form that TERFism takes in Britain today, and its influence within the British establishment, requires its own separate, and multipronged, explanation. Ms. Parker and Ms. Long may not know it, but they’re likely influenced by the legacy of the British “Skepticism” movement of the 1990s and early 2000s, which mobilized against the perceived spread of postmodernism in English universities as well as homeopathy and so-called “junk science.” Hence, the impulse among TERFs to proclaim their “no-nonsense” character; witness the billboard Ms.

Engage Now - Student Interactions - teacher heath Do you hear your students say things like: "No! That's Wrong!" "What are you talking about?" "Stop being so bossy!" New equalities commissioner attacked ‘modern feminism’ and #MeToo One of the government’s newly appointed equality commissioners said that modern feminism disempowers women and blamed the MeToo movement for ruining men’s reputations without due process, the Observer can reveal. Jessica Butcher, a successful digital entrepreneur, was last week appointed as one of four new commissioners at the Equality and Human Rights Commission (EHRC) by Liz Truss, the minister for women and equalities. The EHRC’s role is to enforce the Equality Act, Britain’s key equality law, and to reduce inequality and tackle discrimination. Commissioners help set the body’s strategic direction.

TIME Person of the Year 2017: The Silence Breakers Movie stars are supposedly nothing like you and me. They're svelte, glamorous, self-­possessed. They wear dresses we can't afford and live in houses we can only dream of. Women's rights under threat after Brexit, warns EHCR report Women in the UK risk losing hard-won equality and human rights protections, including employment rights and funding for women’s services, when the UK leaves the EU, according to the Equality and Human Rights Commission (EHRC). In its largest review of women’s rights in the UK, the EHRC warns that although the government has promised protections in the Equality Act will continue to apply once the UK leaves the bloc, “this political commitment is not included” in the European Union (withdrawal) bill. According to the report, Brexit could mean future equality and human rights protections under the EU are not binding in UK law and that existing ones may be removed. “Employment rights and funding for women’s services are areas of particular concern,” it states.