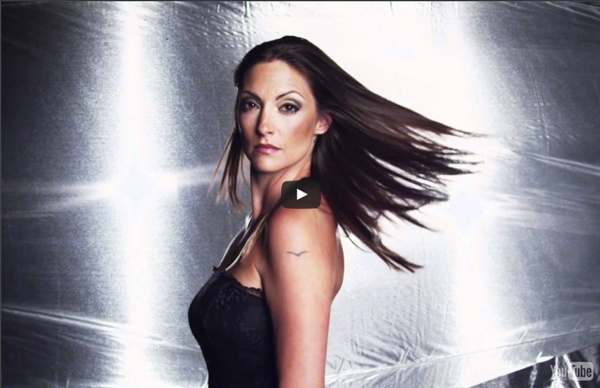 Rockin' Nun Shocks 'The Voice of Italy' This is not your average nun. The Catholic church is no stranger to music, but when 25-year-old Sister Cristina Scuccia appeared on The Voice of Italy, she floored the audience and judges with her performance. The nun performed a stellar rendition of "No One" by Alicia Keys in full traditional attire while three of her fellow nuns watched backstage. The judges' backs are turned to the performer, and they are only allowed to turn face-forward if they want that singer to join their team. BONUS: Distorted Landscapes Put a New Spin on How You See the World/div> Have something to add to this story? Recycling Experiences Truth is, there are many great reasons why you should want to get into the medical office field. There are a few in particular that stick out. Those from generations before are getting older. They get older by the minute. That being said, they will require much more medical treatment than before. That is what makes it so convenient. Thin about this for a second too. The primary reason why so many choose this career is that it’s something they can be proud of. Not everyone can do this job. Imagine going to work and being happy to be there. His response here link It’s also a great way to boost your resume and skills.

Design Basics: A guide to the golden ratio Few design concepts blend the strengths of the left brain and the right brain quite as elegantly as the golden ratio. A formula that traces its roots to the Classical Era in both mathematics and the arts, today the golden ratio is still one of the most vital principles of cutting-edge Internet design. So...what the heck is it? Let's break it down: the golden ratio exists when the ratio of the sum of two quantities to the larger quantity is equal to the ratio of the larger quantity to the smaller one. This yields an irrational mathematical constant with a value of approximately 1.61803399. Simple, right? The ratio is closely related to the Fibonacci sequence—simply put, a series of numbers, starting with zero and one, in which every number equals the sum of the two numbers that precede it. A handy visual representation of this sequence is known as the golden spiral: OK, Math Whiz: Why does it matter? This sequence is reflected in countless natural and man-made objects.

Paint.NET Documentation Paint.NET allows for easy expansion of features through a plugin system. There are two types of plugins, FileTypes, which extends the types of files Paint.NET can load/save, and effects, which add on additional effects. Note Plugins are developed and maintained by the Paint.NET community and not the developer. If you are having issues with a particular plugin, please ask at the forums. Plugins come in a .DLL format. .DLL Icon Before beginning, make sure to quit out of Paint.NET. Locate the C:\Program Files\Paint.NET\ directory. Paint.NET Directory If you downloaded a FileType plugin, move your saved .DLL to the \FileTypes\ subdirectory. If you downloaded an effects plugin, move your saved .DLL to the \Effects\ subdirectory. Navigate to the plugin you just moved. Plugin Properties In the "General" property page, look for an "Unblock" button. Relaunch Paint.NET and enjoy your new plugin!

Japanese Artist Paints Breathtakingly Lifelike 3D Goldfish Using Layers Upon Layers Of Resin Japanese artist Riusuke Fukahori has captivated the world with a series of stunningly realistic three dimensional paintings featuring goldfish. Fukahori paints the goldfish by using acrylic paint on layers of clear resin, meticulously adding layer upon layer to give the paintings an amazing sense of depth. The result is an image so breathtakingly detailed that we could only think these were real goldfish suspended in time. The paintings were on display earlier this month at an exhibition titled Goldfish Salvation at the ICN Gallery in London. A promotional video for the event showing how Fukahori creates these images was released onto YouTube, where it quickly gained the attention of users from around the net. On the front page of his official blog, Fukahori reveals what inspired him to choose goldfish as the subject of his paintings: Reading this and looking back at his paintings, it’s almost as if Fukahori is breathing life into the same goldfish that saved his. [ Read in Japanese ]

10 Best Paint.NET Effect Plugins to Download and Install Enhance your photos with special effects, create icons and cursors, edit Photoshop files. Discover and enjoy the power of Paint.NET plugins. Paint.NET was created as an alternative to the basic Microsoft Paint (integrated in Windows) but it became a much more complex and versatile graphics application. With a user-friendly interface, unsophisticated and free, Paint.NET nevertheless has some very advanced features that bring it more into the Photoshop and GIMP league.

Minimalist Web Design: How Minimal is Too Minimal? Minimalism, interestingly enough, is usually born out of excess. In all arts, in all ways of life, we start out by taking and adding whatever we can. When we start to realize that more is not necessarily better, and that we can get by with less stuff, we try to simplify by removing unnecessary elements so we can focus on what’s truly important. What is Minimalism? Minimalism, in its purest form, is the reduction of something to its bare essentials. Think of a car. In web design, minimalism translates to producing a site from the basics. Minimalism is an exercise in restraint, with the eventual goal being a design that helps the user focus and accomplish their tasks as quickly as possible. When designing minimalist websites, you should keep three things in mind: Subject: What’s the most important thing on the web page? Why Use Minimalism? This minimalist thinking is the basis of modern web design — we begin with content, perhaps a brand, but nothing else. Don’t Worry, You Can Still Be Pretty