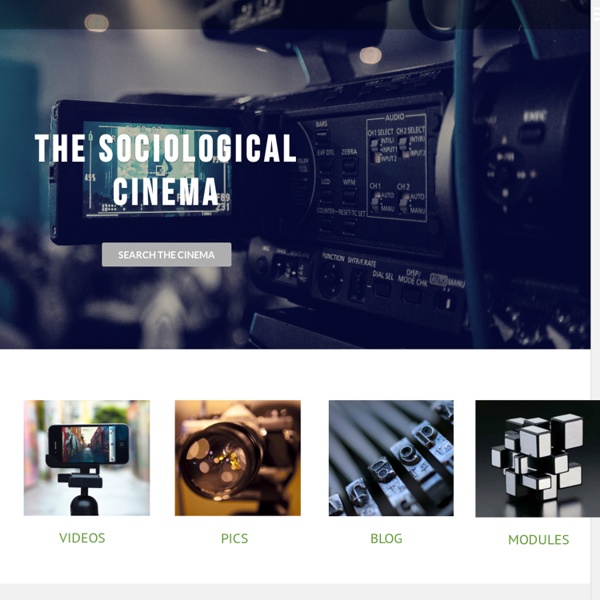 "Theory" in sociology What is a sociological theory? And how does it relate to the challenge of providing explanations of social facts? In the natural sciences the answer to this question is fairly clear. A theory is a hypothesis about one or more entities or processes and a specification of their operations and interactions. So in the natural sciences, theories are expected to have precise specification, deductive consequences, and specific bridge relationships to observable phenomena. Is there anything like this construct in the social sciences? The question of the role of theory in social thinking is a complex one, and the concept of theory seems to be an ambiguous one (as Gabriel Abend points out in an article mentioned below). At a much more abstract level, we might consider whether a theory is a broad family of ideas, assumptions, concepts, and hypotheses about how the world works. Consider this taxonomy of the field of social knowledge-creation: ; link, link, link). Theory1.

21 Things You Can't Do While Black iStock Update: On October 17, 2014, Michael Dunn was sentenced to life in prison without the possibility of parole for the murder of Jordan Davis. Update: On February 15, 2014, the judge in the murder trial of Michael Dunn declared a mistrial on the first-degree murder count after the jury could not come to a decision. Florida's second sensational, race-tinged murder trial in less than a year is underway. Charged with first-degree murder, Dunn is pleading self-defense.* He contends that he argued with the teens (over what a witness says he called their "thug music") and fired on them after he claims he saw Davis brandish a shotgun. Like the George Zimmerman trial, during which the self-styled neighborhood watchman successfully argued that he shot and killed Trayvon Martin, an unarmed black teenager, in self-defense, Dunn's case has raised questions about Florida's broad Stand Your Ground law, racial profiling, and how the two issues intersect. 1. 2. 3. 4. 5. 6. 7. 8. 9. 10. 11. 12. 13.

Publicidad, Educación & Conciencia BBC Radio 4 Programmes - Frontiers, Acts of Creation The Changing Face of America What is it about the faces on these pages that we find so intriguing? Is it simply that their features disrupt our expectations, that we’re not used to seeing those eyes with that hair, that nose above those lips? Our responses can range from the armchair anthropologist’s benign desire to unravel ancestries and find common ground to active revulsion at group boundaries being violated or, in the language of racist days past, “watered down.” Out in the world, the more curious (or less polite) among us might approach, asking, “Where are you from?” The U.S. The Census Bureau is aware that its racial categories are flawed instruments, disavowing any intention “to define race biologically, anthropologically, or genetically.” Sandra Williams, 46, grew up at a time when the nation still turned on a black-white axis. In today’s presumably more accepting world, people with complex cultural and racial origins become more fluid and playful with what they call themselves.

Ondula Electropublication - sociologie Internet blog réseaux - ethnologie anthropologie A Conversation on Race Reanimation Library - About The Reanimation Library is a small, independent presence library* open to the public. It is a collection of books that have fallen out of mainstream circulation and been acquired for their visual content. Outdated and discarded, they have been culled from thrift stores, stoop sales, and throw-away piles, and given new life as resource material for artists, writers, and other cultural archeologists. david lang Further descriptive information about the library can be found here: Library as Platypus: On the Dual Nature of the Reanimation Library. *Presence library is a mistranslation of the German word for Reference Library, Präsenzbibliothek.