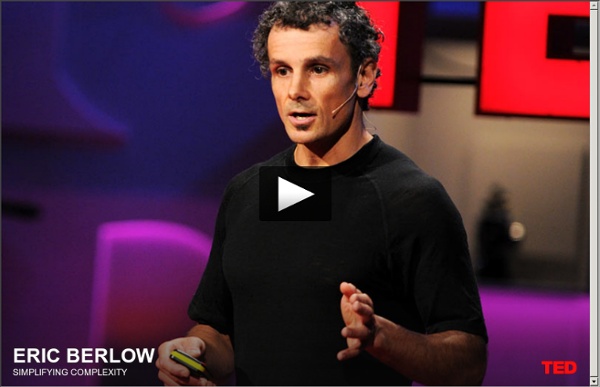 Blog Archive » Measuring Innate Functional Brain Connectivity Functional magnetic resonance imaging (fMRI), a method for safely measuring brain activity, has been around for about 15 years. Within the last 10 of those years a revolutionary, if mysterious, method has been developing using the technology. This method, resting state functional connectivity (rs-fcMRI), has recently gained popularity for its putative ability to measure how brain regions interact innately (outside of any particular task context). Being able to measuring innate functional brain connectivity would allow us to know if a set of regions active during a particular task is, in fact, well connected enough generally to be considered a network. We could then predict what brain regions are likely to be active together in the future. This could, in turn, motivate us to look deeper at the nature of each brain region and how it contributes to the neuronal networks underlying our behavior.

Higgs Boson: Scientists May Be Closer To Finding Particle That Started Universe 2012 could be a big year for the Higgs Boson. Last week, a researcher promised to present something "interesting" next month related to the subatomic particle said to be the building block of the Universe. Scientists still have not proved the existence of the Higgs Boson particle, but Scientific American reports that at least one team of researchers may be getting closer to finding the elusive, so-called "God particle." Rob Roser, whose team has been culling through information from the recently shutdown Tevatron accelerator, said he hopes the data will show that scientists have almost certainly discovered the Higgs Boson.

Part 1: The essential collection of visualisation resources This is the first part of a multi-part series designed to share with readers an inspiring collection of the most important, effective, useful and practical data visualisation resources. The series will cover visualisation tools, resources for sourcing and handling data, online learning tutorials, visualisation blogs, visualisation books and academic papers. Your feedback is most welcome to help capture any additions or revisions so that this collection can live up to its claim as the essential list of resources. This first part presents the data visualisation tools associated with conducting analysis, creating effective graphs and implementing business intelligence operations. Please note, I may not have personally used all tools presented but have seen sufficient evidence of their value from other sources. Also, to avoid re-inventing the wheel, descriptive text may have been reproduced from the native websites for some resources.

Ten Principles To Live By In Fiercely Complex Times If you're like most people I work with in companies, the demands come at you from every angle, all day long, and you have to make difficult decisions without much time to think about them. What enduring principles can you rely on to make choices that reflect openness, integrity and authenticity? Here are ten that work for me: Programmable Tattoo System Posted on January 12, 2012 by saya To have or not to have a tattoo is no more a bothersome problem, as you can now freely change its shapes or relocate the tattoo with the “moodINQ” Programmable Tattoo System. It utilizes a skin-safe proprietary E ink encapsulated pigment system, which not only lasts a lifetime but can be configured to display any design (or none!) That’s undeniably good news to tattoo fanciers, who could conveniently change their tattoos to suit their moods, while without any pain!

Why open data & the arts are natural partners #openarts - Edinburgh Festivals Innovation Lab In the run up to Culture Hackday, this is the latest post in our series on open data & the arts. Following on from Ben’s excellent introduction to what open data actually is (and isn’t), here we will start to articulate a vision for where this all might go. Clay Shirky, the renowned commentator on all things digital, has two phrases that I really like.

Presence by Peter Senge, C. Otto Scharmer, Joseph Jaworski, Betty Sue Flowers - Book - eBook Presence is an intimate look at the development of a new theory about change and learning. In wide-ranging conversations held over a year and a half, organizational learning pioneers Peter Senge, C. Otto Scharmer, Joseph Jaworski, and Betty Sue Flowers explored the nature of transformational change—how it arises, and the fresh possibilities it offers a world dangerously out of balance. The book introduces the idea of “presence”—a concept borrowed from the natural world that the whole is entirely present in any of its parts—to the worlds of business, education, government, and leadership. Too often, the authors found, we remain stuck in old patterns of seeing and acting. By encouraging deeper levels of learning, we create an awareness of the larger whole, leading to actions that can help to shape its evolution and our future.

Big Data means Advanced Data Visualization The last few years have been particularly exciting for data visualizations. We’ve witnessed a boom in the popularity of infographics and in tools to help create everyday visualizations for practical purposes. With all these exciting developments it’s difficult not to wonder what the future of this field will look like. Industry-renowned data visualization expert, Edward Tufte once said “The world is complex, dynamic, multidimensional; the paper is static, flat. How are we to represent the rich visual world of experience and measurement on mere flatland?” John Conway's Game of Life The Game The Game of Life is not your typical computer game. It is a 'cellular automaton', and was invented by Cambridge mathematician John Conway. This game became widely known when it was mentioned in an article published by Scientific American in 1970. It consists of a collection of cells which, based on a few mathematical rules, can live, die or multiply.