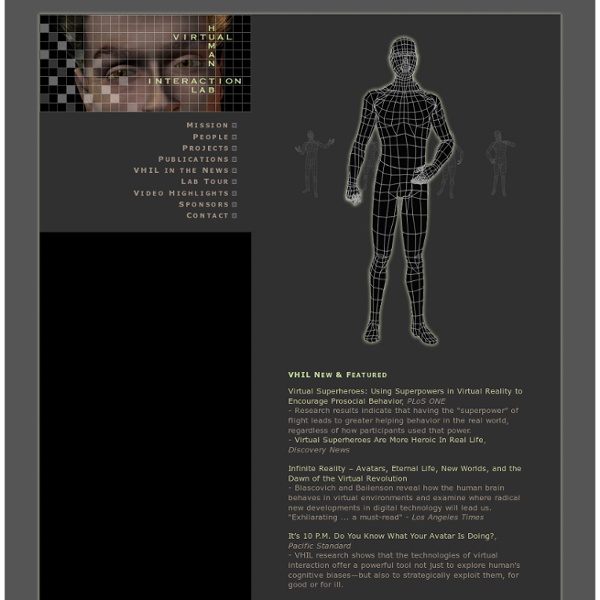 Social Neuroscience Laboratory: Research Research Interests Developmental neurobiology and genetics of social behaviors, including social affiliative and aggressive behaviors, in mouse models relevant to autism and schizophrenia spectrum disorders. Research Summary Our laboratory is interested in the neurobiological and genetic mechanisms of social behavior development, particularly the development of social affiliative and aggressive behaviors. Certain highly heritable neuropsychiatric disorders, including autism and schizophrenia spectrum disorders, are characterized by disabling disruptions of socio-emotional behaviors (e.g. affiliative behaviors, aggressive behaviors) and social cognition. Our laboratory is focused on the following major questions of interest: What are the neurobiological mechanisms that underlie the tendency to seek or avoid affiliative social interactions?

101 Left to right: Giuseppi Cocconi, Philip Morrison, Frank Drake While interest in the question of extraterrestrial life is at least as old as historical civilizations, the modern SETI era can be defined as beginning in 1959. In that year, Cornell physicists Giuseppi Cocconi and Philip Morrison published an article in Nature in which they pointed out the potential for using microwave radio to communicate between the stars. A young radio astronomer, Frank Drake, had independently reached the same conclusion, and in the spring of 1960 conducted the first microwave radio search for signals from other solar systems. In the 1960's, the Soviet Union dominated SETI, and it frequently adopted bold strategies. At the beginning of the 1970's, NASA's Ames Research Center in Mountain View, California began to consider the technology required for an effective search. As the perception grew that SETI had a reasonable prospect for success, the Americans once again began to observe.

Teamwork Builds Big Brains The average adult human's brain weighs about 1.3 kilograms, has 100 billion or so neurons, and sucks up 20% of the oxygen we breathe. It's much bigger than an animal our size needs. According to a new computer model, the brains of humans and related primates are so large because we evolved to be social creatures. If we didn't play well with others, our brains would be puny. The idea behind the so-called social intelligence hypothesis is that we need pretty complex computers in our skulls to keep track of all the complex relationships we have with each other—who's a friend, who's an enemy, who's higher in the social ranks. Some studies have supported this idea, showing for example that bigger-brained primates tend to live in bigger social groups. Since they didn't have a few million years of time on their hands, Ph.D. student Luke McNally and colleagues at Trinity College Dublin simulated evolution on a computer. After playing one of the games, the brains reproduced asexually.

John Seely Brown keynote address at KMWorld 2012: The entrepreneurial learners In a keynote address at the 2012 KMWorld Conference in Washington, D.C., in October, John Seely Brown, a visiting scholar at USC and independent co-chairman of the Deloitte Center for the Edge, spoke on the topic, "The Entrepreneurial Learners." That term has nothing to do with learning to become an entrepreneur, he says. Rather, it has everything to do with how you foster a disposition of constantly looking around and understanding how to see new resources, grab new resources and do new things, developing what he calls a "questing disposition." The essence of entrepreneurial learning is being constantly alert, aware and interested in the resources available and in how we build connections. Brown says that in past centuries, the infrastructure has largely been stable, but that the 21st century is driven by continual, exponential advances in computation, with no stability in sight. In mentioning changes in recent years, Brown talks about how he grew up in a client-server environment.

Theory of Social Intelligence What is Social Intelligence (SI)? Social Intelligence (SI) is the ability to get along well with others, and to get them to cooperate with you. Sometimes referred to simplistically as "people skills," SI includes an awareness of situations and the social dynamics that govern them, and a knowledge of interaction styles and strategies that can help a person achieve his or her objectives in dealing with others. From the standpoint of interpersonal skills, Karl Albrecht classifies behavior toward others as falling somewhere on a spectrum between "toxic" effect and "nourishing" effect. Is SI a part of personality? No. The old idea that a person's potential in life can be measured and predicted by a single number - his or her "IQ" score - has lost a great deal of credibility during the last decade or so. Professor Gardner has proposed various categories of intelligence over the years of his research, typically suggesting seven of them. Can SI be measured? Yes. Can SI be learned, or developed?

Genetic Link Between Physical Pain And Social Rejection Found UCLA psychologists have determined for the first time that a gene linked with physical pain sensitivity is associated with social pain sensitivity as well. Their study indicates that variation in the mu-opioid receptor gene (OPRM1), often associated with physical pain, is related to how much social pain a person feels in response to social rejection. People with a rare form of the gene are more sensitive to rejection and experience more brain evidence of distress in response to rejection than those with the more common form. The research was published Aug. 14 in the early online edition of Proceedings of the National Academy of Sciences and will appear in the print version in the coming weeks. In the study, researchers collected saliva samples from 122 participants to assess which form of the OPRM1 gene they had and then measured sensitivity to rejection in two ways. First, participants completed a survey that measured their self-reported sensitivity to rejection. Shelley E.

Is Social Intelligence More Useful than IQ? Social Intelligence Lab Social/emotional intelligence and midli... [Am J Orthopsychiatry. 2000 1999_BCetal_FMRI All of the Memes: Internet Memes Come to College Campuses There’s a new phenomenon that’s invading college campuses across the country . It is capturing the minds and study time of the college population. The Internet Meme has finally come to campus. If you’re a current student at Syracuse University, you’ve more than likely stumbled upon the SU Memes Facebook page by now. It’s a collection of commonly used and original memes making funny observations about student life at SU. But checking my Facebook feed, I quickly realized SU wasn’t the only school with a meme page. “Meme” (rhymes with “dream”, also with “theme” and “cream”, just don’t say “meh-meh”) is the scientific term for a unit of information that virally spreads cultural ideas within a group of people. The Internet meme takes this meme concept into the information age, spreading cultural material at a ferocious pace never seen before. An important aspect of memes lies in their ability to evolve. More Posts