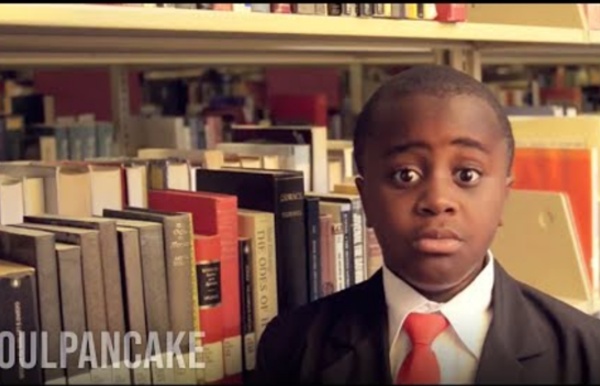 10 Wordless Videos that Teach Problem Solving - Speech is Beautiful I work in teletherapy, which means that I use a computer to display my materials and activities for my students. I have a couple extremely quiet older elementary students and I decided that video was a way to engage and encourage them to answer questions and retell events. In particular I wanted them to think about solving hypothetical problems. I found 10 WORDLESS videos on YouTube that show interesting problems and make kids think about how to solve a problem — and they have to provide the language! Piper Short Movie — A baby bird finds a way to survive a big wave. How Facebook’s newest teen engineer supported his family with apps until cashing in There’s nothing that highlights the fact that Silicon Valley is the new Wall Street, gold rush, colonial settlement — insert your American Dream rags-to-riches historical moniker here — quite like the story of 18-year-old Miami resident Michael Sayman. This week, Facebook hired Sayman as one of its youngest full-time engineers in history. He wouldn’t tell me his salary, but admitted his friends are already pressuring him to “buy a Tesla,” which he won’t do because he’d “rather save the money.” Before you go throw up at the idea of a teenager buying himself a Tesla off tech riches, there’s few people who deserve that luxury quite as much as this kid. I met Sayman four months ago, when the then 17-year-old developer caught Mark Zuckerberg’s eye.

And Then I Met A Teacher He met a teacher, and it changed everything. Jim Wengo was fresh out of high school when he started working at the local butcher shop. But his high school agriculture teacher, John Krivokapish, had other plans for him. When he heard of an area college work study program for those who could score well on a civil service exam, Mr. Krivokapish walked into the butcher store and told Jim’s boss he needed to borrow him for a couple of hours. Matt Gomez Blog Toontastic App Is Now FREE Google has acquired one of my favorite storytelling apps and it is now FREE (was $9.99) If you don’t already own this app grab it and get those kids creating. Listed below are a few posts I have made previously about the app and you can read about the announcement here. Toontastic and MLK Toontastic App 101

5 Reasons To Write A Letter To Your Future Self In March, I turned twenty-five years old, and on that most dreaded day I received a letter from my twelve year-old-self. At twelve, I distinctly remember listening to Britney Spears’ “Ooops I did it Again,” consuming Fruit by the Foot, surviving Y2K, and wearing checkered school jumpers that came down to my knees. It was that magical time right before pimples started growing uncontrollably and watching Saturday morning cartoons was still acceptable.

How to make your own luck, Van Gogh's never-before-revealed sketchbooks, how to be a nonconformist, and more Hey Dianne Clay! If you missed last week's edition – why grit, not IQ, is the key to success, the odd habits of famous writers, an illustrated morphology of bad pedestrians, Bob Dylan in pictures for kids, Stephen Hawking animated, and more – you can catch up here. And if you're enjoying this, please consider supporting with a modest donation. How to Make Your Own Luck 8 Overlooked Useful YouTube Tools When most people think about YouTube they think sharing videos and or about all of the videos they can discover. Most people don't think about the useful editing tools that are built into YouTube. The YouTube video editor has some useful features for teachers and students. 1.

This Breathtaking Short Film Shows Exactly How Society Kills Our Creativity From the day we’re born, society imposes on us what to do: go to school, blindly believe what you’re being taught, work hard as a wage slave, obey to authority, and so on, not allowing much room for creativity. The following short yet breathtaking animation film vividly depicts this sad reality of our times, encouraging us to look at things from a different perspective and perhaps contemplate on what it would take to change our current social system so that education, work and play can harmoniously co-exist. If you appreciate what you read here, consider supporting my work.

Your Words Matter Your Words Matter. I had a teacher who once told me I would most likely be a college dropout. Her words mattered. When I told my wife I wanted to write a book and she said without blinking an eye, “Do it.” YouTube - Safety Mode Safety Mode is an opt-in setting that helps screen out potentially objectionable content that you may prefer not to see or don't want others in your family to stumble across while enjoying YouTube. You can think of this as a parental control setting for YouTube. How to turn Safety Mode On : Scroll to the bottom of any YouTube page and click the drop-down menu in the "Safety" section.Select the On or Off option to enable or disable this feature. Teach English Writing: Videos Write Story Summaries Writing Skills: idea, word choice, sentence fluency, conventions, organisation Short videos with interesting plots make great prompts for an ESL writing class. Here are 5 videos which can help students learn English writing skills. What makes a good video prompt? I look for four features when choosing a video for the writing class.